Son of the FRAY: Shedding the Big Two 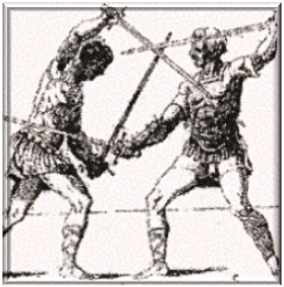 Deuce Richardson - I just left the "BNM" group. What was once a bastion of free thought and deft use of the English language has turned into a "safe space" for an enemy of the aforementioned. I didn't want to leave, but I have no time to cater to the whinings of someone who wants to dominate the discussion with his off-topic rants.

Muhammad Rasheed - You fail to realize that one of the reasons this group was created was so that the founders could trade with me without getting threads deleted willy-nilly, yes?

Muhammad Rasheed - As an aside, I notice you do an awful lot of crying, whining, complaining, and "I'm taking my ball and LEAVING!" outbursts for someone who had the nerve to label ME the victimologist.

Try growing a pair, please. Thanks.

Deuce Richardson - MWM didn't inform me of that, but I'm always ready to engage in a discussion with a near sub-literate who can't distinguish between a quote and a personal opinion. I'll be surprised if your knowledge of the Islamic core texts exceeds mine. If there aren't referees here, bring it. Are you real Islam or Nation of Islam? My "pair" is fine, according to your maternal unit.

Muhammad Rasheed - 1.) Considering you spun on your heels -- skirts all askew -- to stomp your way out of a group because your weak plan to get me banned failed, it's obvious you AREN'T ready to engage. I fully expect you to cry and leave this one, too, after I bust your ass in front of your friends.

3.) Maybe you can order a pair from Amazon since your body hath betrayed you? Look it up. You're welcome.

Deuce Richardson - You give yourself too much credit. Quite honestly, I hadn't even checked out the group for several days. I had other things going on and assumed your importation of off-topic, Muslim bitchiness had been shut down. I came back to find admins leaving and you discovering the "true" meaning of Jack Vance. Mott signed me up for this group. I figured we were here to talk Vance. Looks like you're here, too. I'd rather talk Vance, but if you want a fight, I have no problems with that. You apparently infest all sectors of the Vance-sphere. I didn't try and get you banned in the other group and I'm not trying here.

Muhammad Rasheed - Deuce Richardson wrote: “You give yourself too much credit.”

Are you going to determine how much credit I’m going to have, too??? Does your oppressive, racist evil know no bounds????

Deuce Richardson wrote: “…and assumed your importation of off-topic, Muslim bitchiness had been shut down.”

Addressing Churchill’s offensive vomit was necessary as I subscribe to the doctrine he was insulting. You all could have just left it alone after that since none of you had any skin in the game, so to speak. It was MY sacred belief system the vile beast was slandering. One would think civilized gentlemen would recognize that and allow me to have the one post rant, but no. They decided to gang up on the only Muslim present in support of Churchill’s hateful stance, I defended myself, and now you ALLLLLLLLL are crying, deleting your accounts, whining, bitching, etc., in the aftermath. If I were YOU, I would drop the matter from the embarrassment. As this lot is fond of pointing out: “Everyone is watching.”

Deuce Richardson wrote: “I figured we were here to talk Vance. Looks like you're here, too. I'd rather talk Vance, but if you want a fight, I have no problems with that.”

I would be delighted to talk about Vance’s works. My favorites in order, are: The Dying Earth saga, the Lyonesse trilogy, the Demon Prince saga, Green Magic, and To Live Forever. These all appeal to the superhero genre fan in me. What are your favs?

My part of the fight was purely defensive as a reading through the threads will easily reveal, even the skirmish between us two. The conflict was over, as both me and the Mod pointed out, when you then came in snapping and foaming at the mouth, elbows & knees pumping, winging exclamation marks around like a madman.

Deuce Richardson wrote: “You apparently infest all sectors of the Vance-sphere.”

lol No, just these two.

Deuce Richardson wrote: “I didn't try and get you banned in the other group and I'm not trying here.”

Sure. Tell me: why do you hate the truth so much, Deuce? Hm? Did it kill your parents in front of you as a lad? Is your demonstrated chronic whiny twitchiness the result of PTSD?

Paul Rhoads - My friends, perhaps this interesting rascal Rasheed will eventully calm down. Until then l suggest we treat him as suffering from Terets and use a corosponding indulgence. As for his deeper problem, as WM Mott suggested, he is a living example of a vancian phenomina and should be cherished for that reason.Think: we have our own real-life Lens Larque / Ronald Wilby to study at close quarters! lt's like living in a vance story!!

Note that the name Will-Be was apparantly not chosen at random expressing as it does the essence of the solopsistic project.

Muhammad Rasheed - Alternately, you could simply stop insulting my sacred belief system so I do not feel compelled to live in 'battle mode' all the time; we could talk Vance stuff all day, and forge a lifelong friendship the envy of the world.

Paul Rhoads - lt is not an insult to say what one believes is true. Can you live with that or must you go into jehad mode at the sight of any opinion which "insults" your "sacred" attitudes and start squalling "lies!" and so on?

To me Churchill is as sacred as lslam is to you. I say so, quite honestly, and you go banans!

Let me put it another way: are you a man or a crybaby?

Muhammad Rasheed - lol Paul, if you say something crazy I will counter it. That's not crying, that's defense.

"Crying" is all of the complaining and protesting that I AM defending myself. You want me to stop defending myself when you say something that irks me. I do not care for the feeling of being ganged up on, and as you see, both Will and Deuce are actively hostile. If you want me to relax, have THEM relax, and let there be Peace.

Paul Rhoads - Yes: Stop defending yourself! It is a stance of weakness unworthy of a Vance reader!

Stop being determined by the attitudes of others.

You are in fact among friends - even if you are dark gray, and a Fancher! ; -)

Muhammad Rasheed - So to clarify your position, you are demanding to be able to say whatever you want about me and the things/concepts I care most about, you get the unprecedented authority to decide whether I am insulted or not by your uncontrolled statements, while I am not allowed to counter/critique your comments in any way, nor say whatever I want about whatever you believe.

Does this sum up the nature of the engagement that you wish to put in place between us?  I strongly suspect I just dragged the essence of the foul "White Privilege" out into the light...   O_O