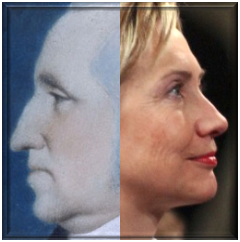 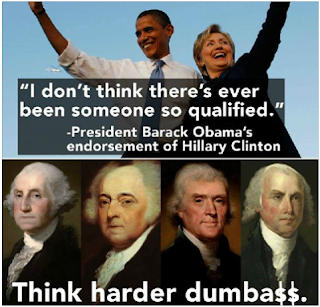 Muhammad Rasheed - Those were all slave owners, right?

Gary McCoy - Not a single one put the country's security at risk by carelessly handling top-secret government information.

Mitchell Berger - Um, how do you think B Arnold got his secrets?

Gary McCoy - And it's more than a bit ironic that one of the men Benedict Arnold confided American secrets to, was name... "Clinton".

Muhammad Rasheed - How many slaves did Hillary own again?

Gary McCoy - I don't know... how many dependents are there on the welfare state?

Muhammad Rasheed - 1.) Did Hillary invent the "welfare state?"
2.) The New Deal excluded Blacks from taking part in the start of the "welfare state."
3.) Poor Whites that self-identify as Republicans TODAY make up the vast majority of people on the tiny "government assistance for the poor" part of the welfare pie.
4.) Wealthy corporations receive the vast majority of government free money welfare as legal stream of income.

How was your comment supposed to be answering my question? Because it seems like a ridiculous distraction from it.

Gary McCoy - My comment directly answered your question. Every single person shackled by dependency on government entitlements -- something the democrats preach, embrace, and foster to maintain their voting base, is a "slave" to that very government. PS. It doesn't matter whether Hillary "invented the welfare state". It's her, and every other democrat's bread and butter. 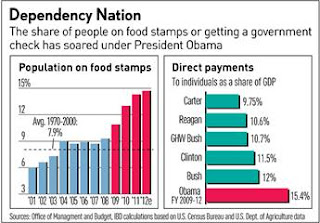 Muhammad Rasheed - How did your comment directly answer the question when "slave" is not synonymous with "dependent?"

Democrats believe in the economic safety net... whether the way they go about it is the best practice or not is up for debate. But since it is the poor White self-identifying Republicans that are eating up the bulk of that "bread and butter," what does that have to do with my question? All it shows is how hypocritical the GOP true believers are.

The idea that advocating for an economic safety net to keep the poorest Americans from starving to death is somehow worse than literally owning people in the evilest chattel slavery in history, makes this officially your worst thread to date. Take a bow.

Brian Fairrington - Bush 41 was far more qualified than Hillary was when he became Prez...

Rob Spitz - I don't like Hillary, but this meme makes no sense.
Posted by M. Rasheed at 5:13 AM