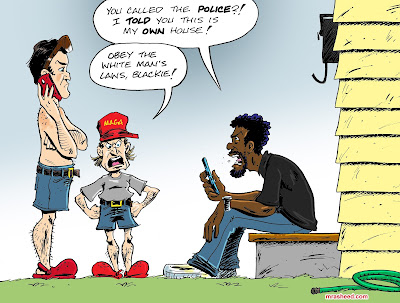 Their deafening silence gives the impression that this is some form of strategic harassment designed to push Blacks out of areas that the white conservative community wants to hoard for themselves alone. I think it’s actually an early phase of the “Make America Great Again” Trump initiative, seeking to create a “level 2” housing segregation as part of the expanded, anti-Black gentrification effort.
Posted by M. Rasheed at 10:51 PM