The Babbling of the 'Divinely Conscious' 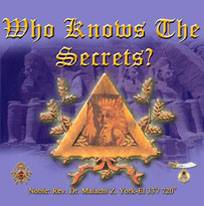 Blackjesus Is'divine - Kneegroes keep talking about the ‘pyramids.’ That's cool but this is 2014. When are you going to learn architecture and build your own?

Muhammad Rasheed - Yes, that’s something that really bothers me.  The so-called “enlightened” or “conscious” black folk in these organizations and cults, who go on and on and on about the fact that it was ancient black Africans who first discovered the sciences that the Greeks/Romans/Europe built upon, but they aren’t pushing their members to master that same math, science, technology to elevate themselves and compete with the other ethnicities.  In fact, when they do see a black person who put in the work to master the sciences and elevate themselves out of poverty, they call him/her a sellout, or “acting white.”   I don’t understand why they… of us all… aren’t actively working to become the greatest masters of mathematics and the technological scientists in the world.  If you REALLY believe Africa is the birthplace of that stuff, then why aren’t you taking ownership of it for yourselves (like the Japanese did) to become part of the world’s Technological Elite, and take the others ‘to court’ and show them how it’s REEEALLY done.

I grew up in Detroit, Michigan and have been hearing that afrocentric rap my whole life, and that is exactly what I’ve been waiting to see happen, to no avail.  If they would've been doing it instead of just talking about it, while waving their hands mystically in your face, I would've loved to have joined one of them when I was younger and more impressionable.  Sure, our distant black African ancestors discovered the Precession of the Equinoxes, and mapped out the stars, and invented calculus, and megalithic stone building… but what does that have to do with YOU?   I’m uninterested in seeing you get another degree in African-American Studies, or education, or any other easy, baby-level degree you've been flocking to.  When are you going to make a tradition of mastering the hard stuff that you initiated in this world, and take your place in helping usher in the human civilization progress to the next level?  Instead you seem to be overly fixated on afrocentric-themed sex rituals/orgies, recreational drugs, polygamy and other worthless mess that won’t elevate anything but your need to distract yourself from what you really need to do in order to be the kings you are always proclaiming you are.  Act like it. 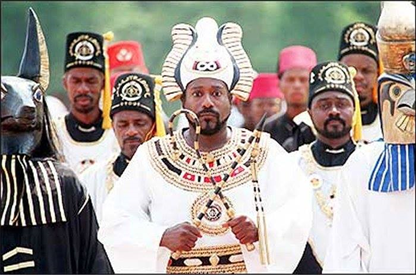 Focused on ALL the wrong parts of the past. When are you going to focus on the aspects of the ancients that actually made them great? Paganism didn't make them great, their mastery of the sciences is what made them great and had the entire world in awe of them. You all have been fascinated by the pagan/orgy stuff for almost a century now and you're STILL broke. Do you think the world is impressed by your weed-sex rituals in your basement? When are you going to build a Great Pyramid made out of 100 ton blocks of granite and limestone, or create a whole new mathematics to solve a problem that stumps the modern day scientists of other ethnicities? While the currently ineffective physicists are too busy chasing strings and interdimensional landscapes in a pathetic attempt to prove God doesn't exist, why aren't you developing the missing mathematic component of the Standard Model?

When are you going to regain the glory of the past that you worship FOR REAL, and not just play at it?