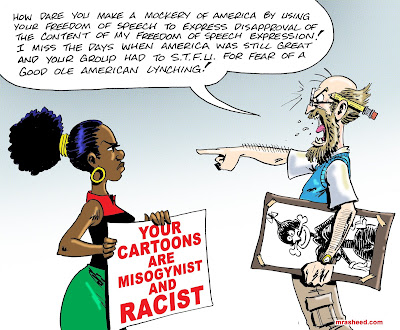 Alex Mills - Why did the comic book artist Robert Crumb move to France in the 1990s?

Muhammad Rasheed - In the 1994 'Crumb' documentary directed by his long-time friend Terry Zwigoff, R. Crumb explains that the French property's former owner reached out and offered to trade it for the cartoonist's sketchbooks from a certain date range.

I’m sure there were numerous reasons for why the family made the decision to move—including Aline being delighted with the idea—but I think Crumb’s primary reason for leaving was that he was getting an increasing amount of public disapproval for the inherently problematic content of his body of work. I suspect he predicted that the tilt in the direction of social justice as a movement would eventually reach a level of pressure that he would rather just as soon avoid, especially as far as the area of personal safety was concerned.

Even though R. Crumb himself never engaged in any “SJW” activism in his career, despite the numerous ridiculous mental leaps his True Fan supporters perform trying to paint him as a deep-level social satirist who only uses misogynist & racist imagery to ‘stick it to The Man!’ or whatever, it is worth noting that France has traditionally been a safe haven for counter-culture figures of all descriptions for well over half a century. I’m sure that was a major factor in the final decision.
Posted by M. Rasheed at 10:28 PM