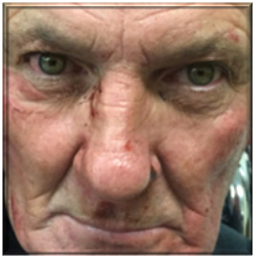 So when the cops say "Blue Lives Matter" all in an angry, defensive tizzy directed strangely towards the ‪#‎BlackLivesMatter‬ activists who want ONLY for the unjustified killings of Blacks to stop, perhaps they should direct their message backwards towards their own ever-murderous folk instead? Hm?

Hey, since the FBI proved that law enforcement is infested with White Supremacist groups, who ARE these cop killing White men? Just a bunch of poor drunk people playing with their guns, or something more? Revenge for arresting them last week?

Muhammad Rasheed - Tim, do you realize you just posted an opinion piece commentary that describes one assault? Why do you think that is more important than the fact that White men killed cops 71% more often than minorities this year, while "Crispin White" from your US Herald link, and FoxNews, etc., haven't mentioned it once?

Wake up, please. Stop being a wingnut.

Timothy Janson - @Muhammed. ..i honestly feel sorry for you. You're a pretentious twit who pines for a perch he will never obtain. Pathetic, really.

Muhammad Rasheed - So nothing then? No explanation for your weird, outer space post? No attempt to correlate what you posted compared to all the White men killing your cops?

You don't have ANYTHING in response to that, huh?

Muhammad Rasheed - So tell me, Tim: What "perch" do you imagine you sit on that you had the nerve to come on my Timeline with your outer space nonsense trying to check me on whatever imaginary point you were supposed to be making? Hm?

Muhammad Rasheed - So you lack the ability to develop an argument then? Is that what you want to leave behind on my Timeline?

Compare what you posted, to what you were supposed to be responding to, Tim, and explain how yours is more important than mine. At this point I'm forced to think you literally don't give a shit about White men slaughtering cops.

Tell me why this is? Why is "Blue Lives Matter" hypocritical foolishness that White people pulled out of their asses?

Muhammad Rasheed - In other words, sure that minority criminal assaulted that White person, but... 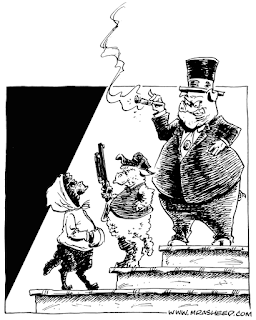 Muhammad Rasheed - Within any kind of hierarchical caste system, you'll find those that perceive themselves as being at a higher tier making efforts to maximize the distance between them and the lower tiers, just as those who perceive themselves at the lower tiers will seek to minimize the distance between them and those above.

You can tell what "perch" an individual believes both he and another stand upon, by how he responds to the other individual pointing out his flaws.
Posted by M. Rasheed at 1:25 PM