The Religious and Science Base of Ancient Africa 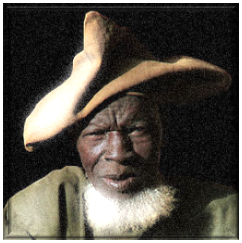 Muhammad Rasheed - Science fiction has ancient roots in Africa. Why shouldn’t it also have a future there?

Stephen Wilkinson - As long as they keep Islam out of Africa, since Islam is anti-science ( yeah, I
said it! )

Muhammad Rasheed - lol Islam isn't anti-science, big head. What you are describing isn't a
religious conflict, but a local cultural one. In the last 1400 years, Islamic leaders have often
championed science/learning. You're revealing an ignorance of the doctrine as well as the history.

Muhammad Rasheed - And don't think I didn't notice how you completely ignored my Big Bang Theory  comment from last week.

Stephen Wilkinson - "...In its place arose the anti-rationalist Ash’ari school whose increasing dominance is linked to the decline of Arabic science. [...] Ash’arites believed that God is the only cause, so that the world is a series of discrete physical events each willed by God."

Muhammad Rasheed - "anti-rationalist Ash’ari school" = not Islam, but some shit some asshat made up that some people who subscribe to the religion walk around with.

It's similar to the competing schools of thought within particular fields of science. Some are truly "fringe" and crazy, rejecting the real principles of science they pretend to uphold, and everything that agrees with it is far removed from making any real breakthroughs because of that craziness. But for the outsider to look at them and say, "See?! Science fucks everything up!" certainly doesn't represent an insight of any kind.

"anti-rationalist Ash’ari school" are not my people, are not "religion," and just represent the  unreasonable people within every group of human endeavor who make shit harder than it needs to be.  The religious institutions certainly are not the only ones infested with that craziness.
Posted by M. Rasheed at 8:32 AM