In Service to Dishonor 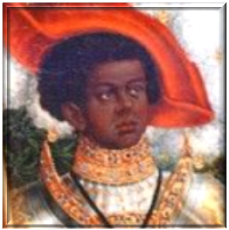 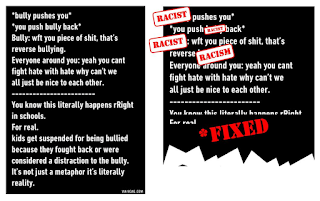 Brad Richards - One like wow hold back social media

Muhammad Rasheed - You think so? Tell me why.

Stephen Wilkinson - one, it trivializes the deep, pernicious and unconscionable implementation of institutionalized and unconscious racism in America to playground bullying, a minor thing, that the 'kids would have been able to 'settle among themselves like men, if it weren't for the meddling teachers'

A push from the bully meets a push back from the child - but is each "push" the same as the other?, the conflation therein is an insulting joke

Even taken literally, it fails, since the child is not 'suspended for being bullied' but suspended for fighting, ( yes Felicia, "fighting back" is still fighting, you are supposed to take your case to a grownup or teacher and have THEM handle it :D )

Muhammad Rasheed - Stephen Wilkinson wrote: "one, it trivializes the deep, pernicious and unconscionable implementation of institutionalized and unconscious racism in America..."

I meant to draw a correlation between how the pushback from the victim of bullying is frowned upon and discouraged by both the bully and the greater community to the same responses for the victims of racism. One "Dallas cop shooting incident" or even a "violent Nat Turner uprising" are considered equal to centuries of international level, genocidal oppression, which perfectly mirrors the bully's "WTF?!" response in the racist. Treating the victim of bullying, who finally gets fed up and pushes back against his oppressor, as if he is COMPLETELY out of line, is no less than an indoctrination intended to condition an entire generation to an acceptance of oppression, training them for acceptance of an adulthood of oppression.

Stephen Wilkinson wrote: "...to playground bullying, a minor thing, that the 'kids would have been able to 'settle among themselves like men, if it weren't for the meddling teachers'"

It isn't a minor thing at all for a hostile force to unjustly oppress another, Stephen. What is being acted out on the school yard is a microcosm reflection of what is going on in the greater society, as powerful nations and mega-corporate cartels bully less powerful nations out of their resources because they want to. Conspicuously putting more emphasis on preventing the oppressed from fighting back, than the effort focused on stopping the bullying, is a thinly-disguised part of the 'breaking' technique of crushing someone's spirit. It removes hope, and forces someone to learn to just accept conditions as they are.

Stephen Wilkinson wrote: "A push from the bully meets a push back from the child - but is each 'push' the same as the other?, the conflation therein is an insulting joke"

lol The push from the victim is treated exactly like the push from the bully, just as the eventual explosive outburst of violence from a Nat Turner, or a handful of Black youths inflicting the "knockout game" on some elderly Whites, is treated by the greater society as every bit as horrifying as centuries of multi-continent White Supremacist murder/subjugation of a race.

Stephen Wilkinson wrote: "Even taken literally, it fails, since the child is not 'suspended..."

"Taken literally" please note that I *FIXED the part of the 'suspension, and focused instead on the part above the dotted line where my actual point lay.

When I pushback against the racist on even the smallest level, he mirrors the bully's outraged indignation, and calls foul on the perceived equal-for-equal "reverse racism." The concept of "colorblindness" that the "good cop" cultivates functions ONLY as a "let's agree to never acknowledge race so we won't have to acknowledge racism, and that will make it magically go away" which equals the very trivialization that you believe my 'insulting' analogy creates. In other words, I'm trying to shove your face into the insult that was already there. lol Instead I discover a Black person mirroring behavior that I always make a point to denounce in the White racist*: Getting insulted over the RESPONSE to the unaddressed evil of racism, which is the whole point of my analogy meme message.

Again, Stephen, don't do that on my Timeline. Because ew.

*I also denounce it when expressed by the "colorblind" pro-Zionist.

Your analogy is still as in expert and inarticulate as before despite your verbose efforts to justify your ill chosen phrases and examples.

-- STRAW MAN FOLLOWS
"Stephen Wilkinson wrote: "...to playground bullying, a minor thing, that the 'kids would have been able to 'settle among themselves like men, if it weren't for the meddling teachers'"

It isn't a minor thing at all for a hostile force to unjustly oppress another, Stephen""

^ To cut and paste my words out of context like some sort of bizarre ransom note in order to create a logically dissimilar argument to respond to an trump triumphantly is 'Deceitful Debating 101' :P

" Getting insulted over the RESPONSE to the unaddressed evil of racism, which is the whole point of my analogy meme message.

Again, Stephen, don't do that on my Timeline. Because ew."

Methinks the lady doth protest too much.

Maybe images, not words are your rapier? If so, then use the sword you wield best and not cry like a little bee when your refusal to properly button your big boy pants before you go out in public is called out.

If you want to be held to a lesser standard then say so! :D

As for your timeline? 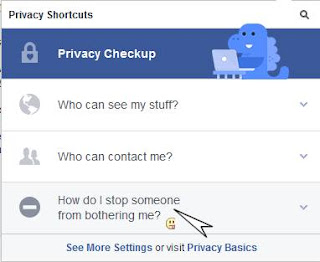 You do believe that bullying -- when a hostile force unjustly oppresses another -- is a "minor thing," right? Okay, then. I disagree, and you're a poop head. I win.

Stephen Wilkinson wrote: "Methinks the lady doth protest too much."

This means that your pride is wounded, you can't do anything about it, and you are having a "WELL, BLOCK ME THEN IF I'M BOTHERING YOU!!! *sob!*" tantrum. No. I only block my crazy relatives when they want to get all "Jerry Springer-ish" in public.

lol Does the 900 word essay I write every time you post imply that you're "bothering" me? I would be a lot more terse, and a whole lot meaner if you were. I'm just advising you to stop waving the pro-White Tears flag in a "We Drink White Tears" zone. lol But if you don't care then have at it. Is your entire harem full of Beckies? If so it would explain much. No judgment though, it just helps me understand better. Do you.

Stephen Wilkinson - "Getting insulted over the RESPONSE to the unaddressed evil of racism, which is the whole point of my analogy meme message."

Again, Stephen, don't do that on my Timeline. Because ew."

^ (SEE ABOVE FOR "TANTRUM", see pic below for my response)

Short version of all the above: Calling Apples Oranges then arguing vociferously and "straw manishly" fails.

Whining "no! not my ̶h̶y̶m̶e̶n̶ timeline! o.O " also fails :D

Use your words, use the right words, properly frame your arguments and analogies.

Muhammad Rasheed - lol My arguments, analogies and wording aren't the issue. Your own inability to develop a counter-argument more effective than shallow potshots is the root cause of your bitchin'.

You've decided, for whatever reason, to throw in with The Order of the Atheist Protector of Delicate White Tears. I consider these folk fair game in the greater war against racism, primarily because of my deep lack of respect & give-a-shit for their cause. Because of my fondness for you and our battles, I was just trying to save you from unnecessary damage with my advice to keep that mess off my Timeline. But if you do not mind having that low and unworthy battle with me then okay. If you like it, I love it. :D

Stephen Wilkinson - Hmmm... doing you a favor by pointing out "your fly is open" and THIS is the thanks I get??

So like religious zealot, wrapped in a world void of introspection, let alone criticism it is doomed to fail, wrapped in the coffin of its preconceived yet false perfection :P

Any questioning must surely be the act of an apostate or kaffir or enemy of the One True Santa Claus! :P

Just know that as an admitted religious zealot, I only accept "God talk" with no questions asked. It should go without saying that an atheist will need to present stronger documented justifications for his opinions than merely "because I said so." I know from your FF #237 'Spinnerette' atheist world view, you believe that the sheeple theist should just hop-to! on blind faith no matter what the source is, but it doesn't actually work like that. I'm open to secular-level influence when it comes to secular-level items. You just have to use secular-level tools & techniques, not the ones used for the spirit (faith/belief). This may be the source of your confusion.

You may also need to rethink your approach in HOW you point out someone's fly is open. Right now it comes across like "OW! You sting my feels by being mean to my precious White Tears!" If this ISN'T your actual intention, then I suggest you CHANGE UTTERLY.