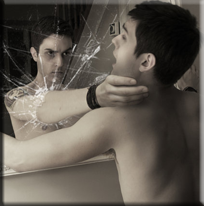 Muhammad Rasheed - smh. Hey, wasn't someone just arguing with me about how it was impossible to take me seriously when I compared the "dumb hick" with ISIS? Well, I guess the joke's on me since the dumb hicks are a hell of a lot more dangerous to the American people, huh?

Todd Holland - Ammosexual, inbreds have ALWAYS been more deadly, but they're White and Whites won't let other White people be seen as monsters...

Todd Holland - Can't be a psycho and be supreme.

Rick Drew - If you read the stats, they're counting almost every murder and assault on "right-wing terrorists..."

Muhammad Rasheed - Technically the children of Israel were rebellious when they defied Pharaoh and left Egypt.

Robin Knight - No, Sweetheart they were not rebellious against THE MOST HIGH OVER ALL OF THE EARTH JEHOVAH GOD! Our Father released them from their oppressors hand who held the whip! The Pharoah Of Egypt.

Muhammad Rasheed - I know, I was just messing with you.

Robin Knight - Be clear! We were led by JEHOVAH GOD! OUR Father appointed Moses, strengthened Moses and Aaron with his commandments! Pharoah rebelled against his word and Our Father's Supreme Authority as a result many plagues ravished the Egyptian Land and JEHOVAH GOD destroyed their first born!

Muhammad Rasheed - They destroyed their own first born by deciding not to bow down to the One God who made them.

Chris Rullestad - Lol. I remember watching this kook Cenk Uygur on MSNBC. He was too radical even for them. I think it's funny how you site this guy as if he's a credible source of information. No bias here, nope, none what so ever. Next you'll probably be quoting Brian Williams

Muhammad Rasheed - What makes him a "kook," Chris? Because you disagree with him? Are you suggesting that I should defend right-wing terrorists because Chris Rullestad thinks Uyger is a "kook?"

Chris Rullestad - I don't know why he's a kook. Maybe you should ask him... and for me to suggest you should be defending right wing terrorists would be rediculous

Muhammad Rasheed - So he's a "kook" just because? You labeled him a kook and you expect me to take ownership of it just because Chris Rullestad said so?

You came here using a genetic fallacy, attacking the guy who wrote the article to discredit him. That was your contribution to this thread, remember? So if you you want to ruin his credibility, that means you are for what he is against. Why else would you come here for the sole purpose of smearing Uyger's credibility by arbitrarily labeling him a kook?

Muhammad Rasheed - What do you want, Chris?

Chris Rullestad - I didn't ruin his credibility, he did that himself with the things he would say on his show. Like I said previously, he was too much of a radical even for MSNBC. What do I want? Nothing. I'm just stating my opinion. I'm certainly not trying to change your mind. All we can do is clarify our position and move on.

Muhammad Rasheed - Your position thus far is that we shouldn't listen to this guy because you consider him a radical kook. In the article he sites the Police Executive Research Forum to support his claims, but that doesn't matter because you think he's a kook.

Muhammad Rasheed - The PERF data explains that more Americans have been killed by right-wing domestic terrorists than by Muslim extremists, but you're dismissing it because someone you labeled a kook sited it.

Muhammad Rasheed - Is this reasonable to you?

Chris Rullestad - Yes, that's pretty much it. I think I surprised you with the fact that I'm familiar with Cenk. And by the way, next time you call me out, site someone with more credibility.
#peaceout

Muhammad Rasheed - Whoa! Get back here!

Chris Rullestad - Look at the time. I Gotta go to bed.

Muhammad Rasheed - Literally all you did was come in here and call that guy a name. Why in the world would you think I would take that seriously as if your raw, unsupported opinion alone would mean anything to me?

Muhammad Rasheed - What the heck?

Muhammad Rasheed - So YOU say he has no credibility because you disagreed with some stuff he said, and that means no one should take him seriously?

Who do you think you are supposed to be exactly? lol

Muhammad Rasheed - Chris, you are the one acting like a kook.

Chris Rullestad - I accept that as your opinion

Muhammad Rasheed - I not going to let you drive me crazy today, rullestad. go draw some cartoons.
Posted by M. Rasheed at 4:41 AM