Lincoln & The Willingness to Change 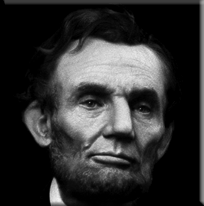 Muhammad Rasheed - Today is 150th anniversary of the Emancipation Proclamation and seems like a good time to dispel some common historical myths:

Myth: The Emancipation Proclamation ended slavery and freed all Black people who were enslaved

Truth: The Emancipation Proclamation signed on January 1st, 1963 stated that slaves were to be freed in rebellion states. The proclamation did not address slavery in the Border States that did not secede from the union. Although, the proclamation went into effect on January 1st, it was largely unenforceable and many millions of Black people were still in bondage. In fact, in the state of Texas, Black people were still enslaved until June 19th, 1865, a full two and half years after the signing of the Emancipation Proclamation.

Myth: Abraham Lincoln was an abolitionist or an anti-racist.

Truth: In 1858 Lincoln said the following: “I will say, then, that I am not, nor ever have been, in favor of bringing about in any way the social and political equality of the white and black races—that I am not, nor ever have been, in favor of making voters or jurors of Negroes, nor of qualifying them to hold office, nor to intermarry with white people; and I will say in addition to this, that there is a physical difference between the white and black races which I believe will forever forbid the two races living together on terms of social and political equality. And inasmuch as they cannot so live, while they do remain together there must be the position of superior and inferior, and I, as much as any other man, am in favor of having the superior position assigned to the white race.”

He also said this:

Myth: After the Emancipation Proclamation and the passage of the 13th, 14th, and 15th amendment, Black people were given the right to freedom, right to citizenship, and the right to vote.

Truth: After the passage of 13th, 14th, and 15th amendment, states and localities passed heinous laws to not only restrict and prevent Black people from exercising their right to vote or enjoy the rights of full citizenship, but they even passed laws to legally re-enslave Black people. The 13th amendment does not outright end slavery it states that “Neither slavery nor involuntary servitude, except as a punishment for crime whereof the party shall have been duly convicted, shall exist within the United States, or any place subject to their jurisdiction.”

So in addition to the horrible practice of sharecropping, states passed laws to convict and arrest Black people of all kinds of ridiculous violations such as “selling cotton after sunset” and then placed steep fines for the crimes. (Read “Slavery by Another Name” by Douglas A. Blackmon) If they couldn’t pay the fine, they were sold leased to private businesses as laborers (i.e. slaves). This practice of convict leasing persisted until the 1940s and 1950s. I would also like to remind people that the current, racist criminal justice system as Michelle Alexander writes in her book “The New Jim Crow” is creating a literal caste system in the United States in which Black and Brown youth are being arrested at extraordinarily high rates and placed in a permanent underclass. Most shockingly, there are currently more Black people in the criminal justice system then were enslaved during the height of slavery in the United States.  ~SOURCE

Muhammad Rasheed - Read this and you should understand my stance on the vilification of capitalism better:  McCarthy's War

Akil Fahd - I'm neither a socialist nor communist , I believe in personal property and profit it's interest, and exploitive nature that I have a problem with. That's another topic for a later time right now let's discuss how dead on point you are with this status

Muhammad Rasheed - Akil Fahd wrote: “I'm neither a socialist nor communist , I believe in personal property and profit it's interest, and exploitive nature that I have a problem with.”

It doesn’t have an exploitative nature. PEOPLE have an exploitative nature. The reason we disagree on this issue is because it is impossible for me to take seriously an effort to redefine a concept to fit someone else’s bs agenda that you have taken ownership of. The vilification of capitalism in that specific way comes directly from Karl Marx. His ideology is one of the parents of the Communist Party, who spent decades infiltrating the civil rights movement and other deep community systems that were dear to the hearts of the Black Diaspora. The result is that today we are still repeating that claptrap because it was indoctrinated into our cultural speak, passed down through the last few generations.

Once again, it is the INDIVIDUAL that brings his own evil to the system. The system is not inherently evil. The chattel enslavement of a race, colonialist conquering and et cetera are not the inevitable results of practicing capitalism; they are the inevitable results of practicing white supremacy and asshole-ism. Stop repeating that bs. There’s a whole sub-demographic among the Black Community that are not pursuing Black Business, Black Empowerment, Black Economic Independence precisely because they believe “capitalism is evil and is the white man’s construct, etc.” because that’s what the enemy WANTS them to believe. To him, your attempt to achieve Black Empowerment is an act of war, so he brainwashed you to hate it. Capitalism is your friend.

Akil Fahd wrote: “That's another topic for a later time right now let's discuss how dead on point you are with this status”

I didn’t write it, I’m just sharing and building up my own understanding.

Dave Stephens - I read it all. A common thread on that article supported by massive evidence was that Lincoln's attitudes changed as he understood and experienced more and met leaders of the emancipation movement...

Muhammad Rasheed - Thanks, Dave and William. Now I have a much better understanding of why President Obama considers Lincoln to be his favorite president. Like Malcolm X, once he knew better, he did better. I also have a great respect for that mindset.

Dave Stephens - You have a fine mind, Muhammad Rasheed - you are blessed with humility and that makes you a great person to discuss things with...

Chris Rullestad - This thread reads like a history lesson. Good job Rasheed. Imagine, one day you're a slave with a shack to live in and some food to eat. My son tells me that bar- b- que was invented by the slaves, when you think about it it seems obvious. Receiving lesser cuts not to mention offal that the master didn;t want. So here you are, free at last, walking down the dirt road with your family and friends carrying over your broken backs your meager possessions not knowing where to go but knowing wherever you go you will be hated and disrespected. Umm... I'm sixty and have bad feet and a bad back. Could I have my shack back please? So thanks to the young black men of that era ( the oldsters couldn't do it) alot of progress has been made thanks to hard work, will, and sacrifice.

Chris Rullestad - Not enough attention is paid to how difficult life was for these folks following their so called freedom. Jubilee my ass...

Riley Freeman - Abraham Lincoln never cared about the slaves, he wanted to cater to his voters. Roosevelt didn't create welfare to help blacks, he only did it for the benefit of European immigrants. And Kennedy didn't care about the civil rights movement, he wanted more pussy and knew this would help make young panties drop.

Jeremy Love - Abraham Lincoln evolved greatly on race and he was committed to fully integrating former slaves into society by the middle of the civil war. You only have to read his correspondence with Fredrick Douglass which paints a picture of a man struggling with he moral question of equality. In the end he earned Douglass' respect and admiration. It is unfair to say he never cared about blacks.
Posted by M. Rasheed at 5:17 AM