Diehard Cheerleaders Amaze All By Cheering 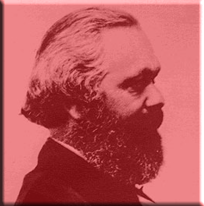 Muhammad Rasheed - "Marx was right!" said a group of diehard marxists. lol Should I have been equally impressed if Bernanke proclaimed that J.P. Morgan and Carnegie were right?

1.) "He saw that there would come a day when capitalism would exhaust its potential and collapse."

2.) "Marx was keenly aware of capitalism’s ability to innovate and adapt."

Muhammad Rasheed - 3.) "But he also knew that capitalist expansion was not eternally sustainable."

Is ANYTHING eternally sustainable???

Muhammad Rasheed - 4.) "And as we witness the denouement of capitalism and the disintegration of globalism, Karl Marx is vindicated as capitalism’s most prescient and important critic."

Capitalism's weakness is no different than the inherent weakness of any other system: It requires flawed humans to run it. The natural enemy of capitalism is the greed of the wealthy, who inevitably attempt to shut down the Free Market -- the circulatory system of capitalism -- to form a monopoly to hoard all profit for their company alone. If the government doesn't protect the system from the greedy, predatory corporatists (for whatever reason) they will usurp capitalism and replace it with their plutocracy. THIS is what we are experiencing, not capitalism gone amuck. Once there is no more competition, then there is no more capitalism. To continue to call it that under those conditions is only raw ignorance fueling ideological bias.

Muhammad Rasheed - But of course the ideological enemy of capitalism, that didn't want the system in the first place, will see what they want to see in hopes of replacing the system with their own twisted mess.

Muhammad Rasheed - 5.) "He knew that reigning ideologies—think neoliberalism—were created to serve the interests of the elites..."

So do you need to tell me what to think in order for your biased contention to function? Free Market Capitalism actually serves the people, enabling them to leave poverty behind. The talented among them will be able to rise very high up the socio-economic ladder, where the system will need to be protected from their ambitions. If not, then the system will turn into something else altogether that no longer serves the people.

Muhammad Rasheed - 6.) "Socialism, in other words, would not be possible until capitalism had exhausted its potential for further development."

The ability to "innovate and adapt" are aspects of the human mind, imagination, and will that will not be exhausted. It is only tyrannical men -- like a ruling elite of socialists who feel they can run your life better than you can -- who will set limits upon humans to stifle further development for human civilizations.

Something close to "perfect peace" can perhaps be achieved by checking criminal behavior, not by stifling natural human growth and innovation by forcing it to adhere to an elitist's narrow-minded view of how he wants the world to work.
Posted by M. Rasheed at 9:00 AM