CITATION
Rasheed, Muhammad. "A Clumsily Biased Judgment." Cartoon. The Official Website of Cartoonist M. Rasheed 03 May 2021. Pen & ink w/Adobe Photoshop color.
ARTIST'S DESCRIPTION
This #MRasheedCartoons image was created as the cover illustration to a brief dialog I participated in on LinkedIn (excerpted below). Someone gave over-the-top praise to Alfonso Ribeiro over a particular scene where he asserted his right to his ‘Blackness’ as a conservative, which is fine. But the legion of demonstrably racist white racists who enthusiastically proclaimed him to be the best actor in the entire show (if not the universe) because of that one scene, showed their ridiculous biases on full display.
*******
Angie C. - [VIDEO] Carlton is called a sellout | YouTube

Wallace Jackson - Alfonso Ribeiro was the best actor on that show...

Wallace Jackson - Based On Acting Ability...

Muhammad Rasheed - So you believe his acting ability is superior to that of the trained veteran actors on this show?

Do you hold a teaching background in acting skills?

Wallace Jackson - Indeed! Why was the audience Acting Teachers?!

Muhammad Rasheed - The studio audience has a flashing applause sign to direct their sheeple participation. lol 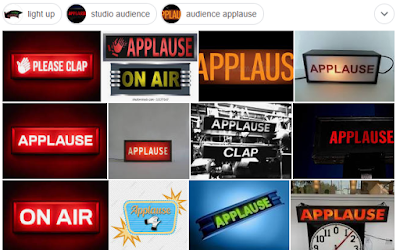 I'm amused that you're using that to legitimize your own on-cue response to it.

Muhammad Rasheed - Your logical fallacy is called "Appeal to the People" (Argumentum ad Populum). It is an informal fallacy of relevance that occurs when someone makes an appeal to large numbers of people that somehow magically means they are right in an argument.

Muhammad Rasheed - Alfonso's character is a shill for plastic conservative talking points and you interpret the actor's recitation of those points as 'good acting ability' for no other reason because you agree with them.

That means you lack credibility in judging someone's acting skills.

Wallace Jackson - You Mean The Millions Who Love Alfonso Such That Producers Gave Him His Own Game Show On a Major Network? Those Fans?

Muhammad Rasheed - Wallace wrote: "You Mean The Millions Who Love Alfonso Such That Producers Gave Him..."

Hollywood producers saw an exploitable resource that they believed could make them some money. That's all. The success of the Fresh Prince show meant that Alfonso had a certain number of fans who could possibly translate into ad revenue from viewership.

Muhammad Rasheed - lol I'm not a "leftist." Sorry to burst your attempt to hide behind your partisan labeling when called out on your partisan nonsense.

You mean, "Yup." You failed your integrity check, skippy.