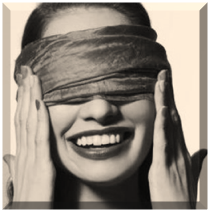 Philip Van Rijk - How would you 'solve' racism?

But it is a fact that the darker the skin the more melanin there is. So the question: How would you be able to pin point when it is racism and when it isn’t?

Muhammad Rasheed - The story you described sounds like it never happened. On the off chance it did happen, it sounds like a conversation that took place between 6 year olds. Obviously commenting to a darker-skinned person that they could take the sunlight better than a lighter-skinned person isn't racism in action. Racism is performing race-based actions with the intent to harm and/or disenfranchise another racial group or individual. Like physically attacking someone because they were of a certain race, or deliberately not stopping your taxi cab for a signaling person because you believe the stereotypes about their race, or giving harsher prison sentences to one racial group over a another for the same type of drug offense, or throwing away ballots of a particular race's partisan voting group because you are in the minority and want your race's preferred candidate to unfairly win instead.

This isn't a hard topic, it just may seem like it is if you've trained yourself to believe that the concept of 'racism' is a fiction, and that all charges of it are as nonsensical and arbitrary as the fake Quora story you referenced.

Philip Van Rijk - That is not true. Everyone can see racism is still a happening thing. But my question was how do we solve it. And i certainly didn’t mean to let it sound like i thought racism is fictional or something. This doesn’t mean i don’t appreciate your answer because my question has been answered by you. Thanks and have a nice day.

Muhammad Rasheed - Philip, the line "But how would you be able to tell when actual racism occurs?" is what someone says when they don't believe there is a difference between real racism and fake racism. Your Quora story is what someone would cite if they didn't believe that racism was a real thing, and actually thought that any rational person wouldn't be able to tell either.

I am unconvinced that "everyone can see racism is still a happening thing" because there's clearly a large demographic of people who reinforce among themselves their belief that the charge of 'racism' is just a thing that "victim-minded" Black people made up to get free stuff or whatever. Many of these 'racism deniers' are part of a growing "color blind" political movement and are actively trying to strike race-based terms and concepts from the legal lexicon, to eventually make it impossible for victims of racist crimes to receive compensation from the courts. The filling social media up with questions that do nothing but imply that racism isn't real, only adds to the propaganda arm of this heinous movement, one that pretends to be racially fair, but in reality is designed to further strip Black Americans of power and disenfranchise them MORE.

Thanks for your question, Philip. May you also have a nice day.
Posted by M. Rasheed at 9:05 AM