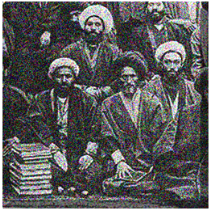 Kowteng Wong - Why is the Sharia law considered good?

Muhammad Rasheed - Sharia is considered to be a good thing based purely on how it was originally intended to function based on the highest ideals. It was supposed to be the formal religious laws of Al-Islam, as derived from the divine revelation of the Word of Allah (Qur'an), and the way of the Prophet Muhammad (peace be upon him) in demonstrating God's message as collected within the body of hadith. Under sharia, new policies and laws are supposed to be filtered through those two lenses, and when addressing matters not specifically mentioned by either, should be solved by scholars with so thorough an understanding of the Qur'an and sunnah, that they come to a decision one can reasonably trust would be as close to what a God-fearing Rashidun Caliph would have decided. Based on this intention -- societal laws based only on the justice, mercy, and compassion of the One God of Abraham and His messenger -- sharia is indeed a good thing.

In historical practice, however, sharia law is none of that, and it is NOT good. Far from being based on the Qur'an and the way of the prophet Muhammad, it is instead based on pre-Islamic Arabian paganism, superstitions, misogynistic customs, and other wretched foolishness that almost immediately crept back into the early Muslim community before the prophet's body was even cold.

How did it get this way?

Starting during the Umayyad Caliphate, rulers were taking what can only be described as "bribes" to allow newly conquered pagan or general disbeliever kingdoms to continue to perform certain anti-Islamic practices. While they were at it, other influential peoples with access to the ruling powers would make such requests themselves. Old habits die hard, and the Qur'an and Muhammad were pretty strict regarding how people were to be treated, but not treating people poorly generally means a dip in profits for the most influential types. Not to mention the fact that the sinful pagan mind didn't want to give up its patiently cultivated, but anti-Islamic deviant behaviors, like misogyny and pedophilia. Of course the body of believers weren't haven't any of that, so to get around their scrutiny, the administration would have people simply invent hadith and add them to the body of Islamic texts. Once the judges would make a ruling on one of those fraudulent hadith, it became cemented into the community's culture.

Today, sharia is composed of a lot of pre-Islamic mess pretending to be from God, with the fraudulent "sahih" label stamped upon it by lustful ruling class officials. Allowing these people to insult their religion this way is why the people suffer as they do. Sharia isn't of Islam, and it isn't from Allah. They only pretend it is.

Kowteng Wong - Interesting. Can you recommend a reliable and authoritative source of reference about the sharia law?

Muhammad Rasheed - “Authoritative” is the primary problem, since it’s the traditional, pagan-minded ruling/scholar classes of the Muslim world that are responsible for these very woes.

But reliable, high-level scholarship I can provide: "Believing Women" in Islam: Unreading Patriarchal Interpretations of the Quran by Asma Barlas

Muhammad Rasheed - The Muslim "scholars" of sharia law function as an authoritarianism ruling class priesthood, and are powerful in this institution pretending to be Al-Islam they've created for themselves. All of their so-called sharia decisions are designed to protect the generational system they've created, based on old pre-Islamic traditions instead of the Qur'an and sunnah of the prophet. They alone get to say 'what is what' in Islam, and they frequently uphold their rulings over the Qur'an itself, as well as over common sense. They will never willingly give up their power monopoly to rewrite sharia to finally actually align with the Qur'an — and thus help the people the way it is supposed to be — because of shear greed. “Unreasonable men make life unreasonable.”
Posted by M. Rasheed at 3:26 PM