Knowledge of the Know 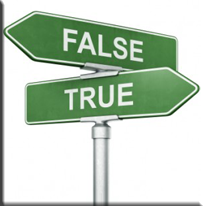 Muhammad Rasheed - epistemology (noun) - The theory of knowledge, esp. with regard to its methods, validity, and scope. Epistemology is the investigation of what distinguishes justified belief from opinion.

Bakkah Rasheed-Shabazz - How do you know what you think you know.

Clifton Hatchett - Belief and opinion,... yeah... a guaranteed ''circle jerk,''... I believe this is my opinion.

Muhammad Rasheed - Developing valid methods for definitively determining what is "truth" is part of the theory's discipline.

Clifton Hatchett - Does Pluto being a planet, The world being flat, and the Earth being the center of the universe count as ''justifiable belief,'' I know they used to be facts so, I am curious.

Muhammad Rasheed - 1.) Pluto was categorized as a 'planet' and later as a 'planetoid' using an arbitrary process that, by its nature, couldn't realistically be considered a measure of hard truth. The closest thing to 'factual' that you could say was it had been officially categorized as a planet, but obviously it wouldn't be a fact to say it was a planet since the term itself was fluid and not chiseled in stone by the institutions that upheld it in the lexicon.

3.) The 'earth being the center of the universe' concept is also the same. For that reason, believing that it was so was not a justifiable belief because the facts, as they became known, revealed otherwise.

Bakkah Rasheed-Shabazz - One can believe an head of cabbage is god, but belief does not constitute reality. Where's the logic and proofs?

Clifton Hatchett - Can either be quantified, is either belief or opinion verifiable?

Muhammad Rasheed - Once the belief is verified it becomes "justified belief." An opinion by definition is "judgment that rests on grounds insufficient to produce complete certainty," which means the opinion is the belief before it becomes 'justified.'

Clifton Hatchett - Circular Reasoning. I get it.

Muhammad Rasheed - How is that circular? It's pinning down the definition terms.

A 'belief' and an 'opinion' are roughly the same. The 'belief' upgrades to "justified belief" once the sources are verified, which then ranks it above 'opinion.'

What's circular about that?

Clifton Hatchett - Because nothing can actually be verified, thus eliminating the expectation of evidence, as stated by the phrase ''justifiable belief,''... Dogmatic, and problematic.

Muhammad Rasheed - Clifton Hatchett wrote: "Because nothing can actually be verified..."

I believe this ink bottle has only 1/4th of ink left in it. Let me verify...

Yup. I was correct. My belief was justified.

Clifton Hatchett - That is disingenuous, and you know that ''Nothing can be verified,'' was specific to this particular post. Do not start with the dime store tricks. Your audience deserves better my brother. Comedy? If you have chosen this trek....my apologies, and you've succeeded. btw, I'm drawing, and cooking, so no temper tantrums if my responses are not instantaneous.

Muhammad Rasheed - I just proved that your opinion "nothing can be verified" was an untruth, and you called it a dime store trick.

Clifton Hatchett - You're doing a you.

Muhammad Rasheed - Because from here it looks like you lack the ability to support your argument, and you're trying to get out of it by pretending I'm just goofing around.

Clifton Hatchett - No. The emphasis can not be upon me, when it is you who presented a case that has no validity. This is a familiar tact in your strategic wording sir, so much so that it has become predictable. ''pretending I'm just goofing around.'' #bruh

Muhammad Rasheed - Clifton Hatchett wrote: "No. The emphasis can not be upon me, when it is you who presented a case that has no validity."

Clifton Hatchett - You are relentless,So are lemmings.

Muhammad Rasheed - You made a claim, I proved the claim wrong, and your counter is that I'm just goofing around.

Muhammad Rasheed - ...and you want to pretend to be some kind of intellectual.

Muhammad Rasheed - "My claim is valid because I said so! I don't have to support it!"

Clifton Hatchett - Ad Hominems point to the predictability I mentioned. Perhaps I expect too much of you.

...against me instead of making the effort to support your position, yet you distract from the fact that you AREN'T supporting your position by claiming I'm making the Ad Hominems against you.

Clifton Hatchett - No Muhammad. Just No.

Muhammad Rasheed - "Just No," what exactly? Just no you can't support your position?

Then just say that then and stop flopping around like a fish.

Muhammad Rasheed - The only true "justifiable belief" we can have, in the strict academic sense, would be on the negative side of the number line; to acknowledge what we do NOT know.
Posted by M. Rasheed at 6:39 AM