Breaking Down Liberalism with Charles Mills 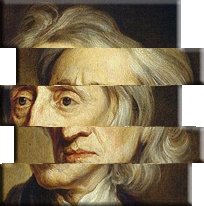 Kirb Brimstone – [tagged me in link]

The Racial Contract puts classic Western social contract theory, deadpan, to extraordinary radical use. With a sweeping look at the European expansionism and racism of the last five hundred years, Charles W. Mills demonstrates how this peculiar and unacknowledged "contract" has shaped a system of global European domination: how it brings into existence "whites" and "non-whites," full persons and sub-persons, how it influences white moral theory and moral psychology; and how this system is imposed on non-whites through ideological conditioning and violence. The Racial Contract argues that the society we live in is a continuing white supremacist state.

Holding up a mirror to mainstream philosophy, this provocative book explains the evolving outline of the racial contract from the time of the New World conquest and subsequent colonialism to the written slavery contract, to the "separate but equal" system of segregation in the twentieth-century United States. According to Mills, the contract has provided the theoretical architecture justifying an entire history of European atrocity against non-whites, from David Hume's and Immanuel Kant's claims that blacks had inferior cognitive power, to the Holocaust, to the kind of imperialism in Asia that was demonstrated by the Vietnam War.

Mills suggests that the ghettoization of philosophical work on race is no accident. This work challenges the assumption that mainstream theory is itself raceless. Just as feminist theory has revealed orthodox political philosophy's invisible white male bias, Mills's explication of the racial contract exposes its racial underpinnings.

Kirb Brimstone - Why did you post a Amazon Summary Muhammad?

Muhammad Rasheed - It's the description of his book he plugged as a semi-gag. I thought it sounded awesome and bought it. It's great. So I shared it in case anyone else was interested who didn't know him.

Kirb Brimstone - Yeah but for whose benefit?

Muhammad Rasheed - lol You recognize that you tagged me in it and this is on my Timeline, yes?

Muhammad Rasheed - For the benefit of my FB Friends that may see it...?

Kirb Brimstone - If you say so.

Muhammad Rasheed - Kirb, we are different people with different ideologies that we see the world through. Please don't assume I know what you are talking about, since we often disagree on many items. As an example of that in action, I was genuinely surprised to discover actual value in this clip you tagged me in.

Kirb Brimstone - @Muhammad Rasheed… This is what I've been saying about the ontology of Race over at BSH.  Dr. Charles W. Mills - Does Race Exist?

Muhammad Rasheed - My wife discovered that "Race: The Power of an Illusion" mini-series at a class she took, and we were fans of it together. This was about a year or so before I met you. Trust me, you are preaching to the choir on that particular side of the race discussion.

Kirb Brimstone - Moe: "Please don't assume I know what you are talking about, since we often disagree on many items."

Where have I assumed that you knew what I was talking about?

Muhammad Rasheed - Your "If you say so" response means I'm lying to you about something you are making up in your own head. I have literally no idea what you are drilling me for.

Kirb Brimstone - Just becuase you disagree with something doesn't mean it has no value.

Muhammad Rasheed - It depends on why I disagree with it.

Muhammad Rasheed - If I disagree with it because it is complete nonsense someone who lacks discernment is parading around as fact, then it absolutely has no value.

Muhammad Rasheed - Tell me what the "If you say so" was referring to.

Kirb Brimstone - I've observed that sometimes you disagree with something because you're being close minded.

Muhammad Rasheed - Give me an example.

Kamau Mkafele Mshale - Well isnt that a large part of the discussion? I like that he acknowledges "race" that term and idea is bullshit but its how we are determined in america. That doesn't mean to stop fighting for a better life or that the lives of people of african descent here
And abroad arent connected and bout to a shared destiny. But 1 drop makes you black is a dumb ass rule. I also find recently its amazing how ridiculous many of the thigs white people did long ago that this culture seems to hold in reverence.

Muhammad Rasheed - What's a large part of what discussion, Kamau?

The Return of Kirb Brimstone
Posted by M. Rasheed at 3:06 PM