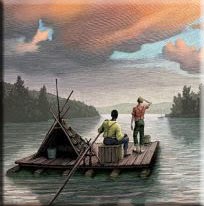 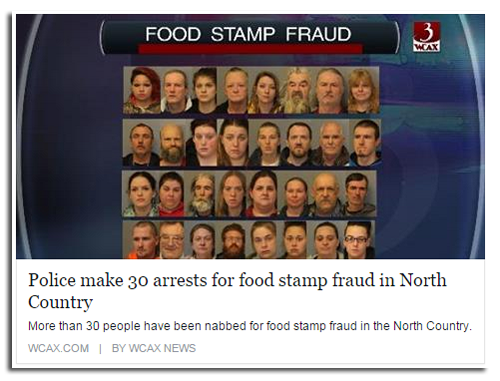 Raymond Gardner - Gee, that's a real tailspin of culture going on there...

Justanna Mack - It's more of the fact that they were using it to buy alcohol not fraud in the sence they lied to get it. The store owner should be arrested too for accepting the food stamps as payment for the alcohol.

Ba Sheer A. Musawwir - Whew....Muhammad I was looking at the 30 people, just glad there Is no one Bill O Riley likes to signal out

Gary McCoy - If I had said "F'n thugs" to a picture containing blacks, you,Muhammad, would be doing your usual "RACIST" cry. You sir, are a flaming one. By the way, based on a percentage of the population, blacks are the greater recipients of food stamps. Look at the last column (Facts are stubborn things.) ... Statistics from AlbanyConservative.com

Muhammad Rasheed - Gary McCoy wrote: "If I had said "F'n thugs" to a picture containing blacks, you,Muhammad, would be doing your usual 'RACIST' cry."

The very reason I said that was to point out the hypocrisy and double-standards I see every day on my Newsfeed, Gary. I'm genuinely unsurprised the message went over your head.

Muhammad Rasheed - Over the course of the next few weeks I expect a certain demographic to explain how these aren't 'thugs,' and take the time to come up with all kinds of reasons to justify why they NEEDED to scam the system to support their families, etc., while if the image skin tones were browner, the same folk would of course call them thugs.

Brett Barton - Thug is a term I use.

Gary McCoy - @Brett Barton, you haven't been engaged in numerous threads with Muhammad where his racism against whites shines brightly. I have.

Muhammad Rasheed - Yeah, Brett! Know your role!! The White Guy has proclaimed it so!!

Muhammad Rasheed - And you better NOT post in here trying to deny his truth!

Muhammad Rasheed - (although since Brett is also white, I wonder if their Perfect Truths will cancel each other out...?)

Muhammad Rasheed - (sorry, i'm not an expert on the science behind white superiority powers)

Muhammad Rasheed - Notice how I explained the status post for him, yet The White Guy simply proclaimed I meant something different using the force of his amazing White Powers, and he fully expects what he said to be the Truth?

Muhammad Rasheed - Do it again, Gary.

Muhammad Rasheed - (i wonder if his eyes glow red like Jesse Custer's...?) 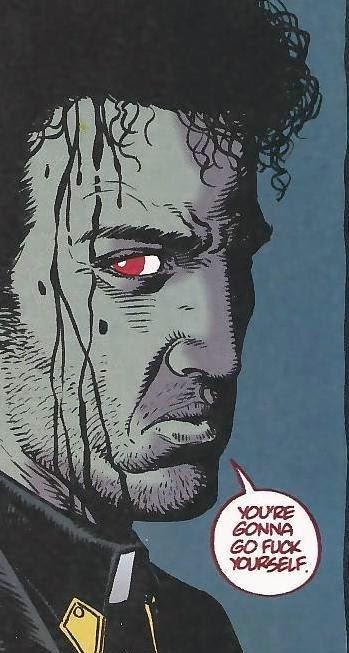 Crystal Hubbard - It's tiresome, seeing people trot out the ol' statistics on the percentage of blacks on food stamps. Trot out the stats showing the reasons why a greater percentage of minorities are on public assistance. It isn't because minorities are lazier or less intelligent than other racial groups -- although I'm sure there are stats to "prove" that as well. They come from the same places as the stats showing the percentages of minorities on public assistance and crime rates...

Muhammad Rasheed - Honestly, I think my very favorite part is whenever black people express that they are tired of institutional racist shit, they get called racists. lol They don't lynch anybody, prevent anybody from getting a job because of their skin color... none of that. But just getting ANGRY at traditional racism somehow makes me a racist.

I guess in some fantasyland, where people live under the twisted illusion that if society never actually talks about it, it magically makes you a racist if you do. Not the asshole threatening to beat up black kids everyday, or the asshole that said the black kid learned to dance in the fucking jungle, no.

The one that got mad at that behavior was the racist. Curious.

Brett Barton - Gary, I don't know you from Adam

Muhammad Rasheed, on the other hand, I know him quite well and vice versa.

I'm a southern white male from Tennessee, he is a black man from Michiganistan.

Aside from the color of our skin, religious belief, and accent... we are pretty much the same person.

We are equally "racist" by that I mean we point and pick at each other's race, current tension, etc..

I wouldn't consider either of us actually "racist" however there are people that would. Typically I would call those people idiots.

However, I don't want to offend someone or take an uneducated guess with the present company of the thread.

Anything goes in your circle of friends.

I would say Muhammad points out common knowledge or current events to see polar opinions on racial issues. Calling him racist offends me probably more than it does him.

I'm white and this message was approved by blacks of America.

Just because he doesn't like actions from some whites doesn't make him racist.

I don't pretend to be a friend of every hoddie wearing thug leaving a convenience store. That doesn't make me racist.

The hate one has in their own heart and the actions they take make them racist.

Muhammad Rasheed - Didn't he TELL YOU that we haven't had any conversations like that? HE TOLD YOU!!!!!

With his Super White Guy Voice!!!!!

Muhammad Rasheed - You're an asshole, Brett.

Muhammad Rasheed - Don't be disrespecting Gary like that. Do you HEAR ME?????

Muhammad Rasheed - (i got your back, Gary. Don't worry about it. We know the truth.)

Muhammad Rasheed - YOU said it after-all.

Brett Barton - Muhammad wrote: “Didn't he TELL YOU that we haven't had any conversations like that? HE TOLD YOU!!!!!  With his Super White Guy Voice!!!!!”

Muhammad Rasheed - I forgive you though.

Brett Barton - You didn't have a choice, I'm white

Muhammad Rasheed - The Most Awesome Curse EVER...

Muhammad Rasheed - You wouldn't think it was a curse if you used it the way Gary does. You have to OWN that shit. Strut around in it with pure cocaine-like privilege, like your feces doesn't have an odor...

Brett Barton - Wait, you're feces has an odor?

Brett Barton - Lol on the Freud

Muhammad Rasheed - Stop putting my inferior brownness in my face all the time!

Muhammad Rasheed - see that's why you're an asshole...

Brett Barton - They are white right? I like them

Muhammad Rasheed - I dunno... Maybe your Schwartz is as strong as Gary's...

Muhammad Rasheed - You ARE demonstrating you have a talent for that special kind of douchebaggery...

Muhammad Rasheed - I'll admit I only said that last thing because I saw his big head appear in the Chat function.

Muhammad Rasheed - Do you think he'll still consider that "race baiting?" I figured it was more like "Gary baiting."

Muhammad Rasheed - What? From my "schwartz' reference? I don't think Gary is Jewish. His rap is more classic W.A.S.P.-ish.

Muhammad Rasheed - What ethnic group does "McCoy" come from? That's Irish or something, right?

Muhammad Rasheed - Obviously you need to practice your white superiority powers more if you want to be able to just PROCLAIM shit to be true like Gary does.

...the ones his people used to feed, um.., cracked corn to when y'all first got off the boat?

Brett Barton - I'm like a self loathing white supremacist.

Not that I hate being white or white privilege.

It's just that, with great power comes great responsibility

Muhammad Rasheed - i guess what i'm trying to say is i don't really believe your specific... breed... may actually have those kind of powers.

Muhammad Rasheed - You may be just kind of coasting on Gary's superiority fumes, is what I guess I'm trying to say.

Muhammad Rasheed - "Tennessee" and all.

Brett Barton - Well, I may or may not have been bitten by a radioactive spider

Muhammad Rasheed - I'm just saying. Not to say that it may actually be TRUE, it's just that I'm not really feeling the SCHWARTZ when you talk.

Muhammad Rasheed - Is what I'm saying.

Muhammad Rasheed - Something seems kind of OFF about your particular BRAND, I guess.

Muhammad Rasheed - ...is what I'm saying.

Brett Barton - My Schwartz comes out after a couple of drinks

Brett Barton - You laugh now, but it's relative

Muhammad Rasheed - Don't presume to know what a guy like Mr. McCoy would say! You'll only embarrass yourself.

Brett Barton - Didn't you do that earlier?

Brett Barton - No, wait, that was him

Brett Barton - I got confused

Brett Barton - I'm white, not perfect, well you know what I mean

Muhammad Rasheed - sh!! You gon' get us WHIPPED!!

Muhammad Rasheed - Hi, Gary. Did you come to proclaim something new?

Brett Barton - Nah, you'll get whipped and arrested.... I'll get a time out and then go build a raft and we can float down the Mississippi after I break you out

Muhammad Rasheed - Define "break me out?"

Muhammad Rasheed - (i'm not from TN)

Muhammad Rasheed - It sounds like some fucked up Deliverance shit...

Brett Barton - It was from a Samuel Clemens book

Muhammad Rasheed - It was a trillion years ago when i read that. Note that there were no superheroes in it.

Muhammad Rasheed - I'm not going to remember that.

Muhammad Rasheed - (i remember when parliament wrote flashlight though)

Muhammad Rasheed - YOU KNOW HOW TO SPELL THAT COUNTRY SHIT, TN!

Muhammad Rasheed - Don't be fake just because Gary is watching!

Brett Barton - I'm out for now keep me posted

Muhammad Rasheed - Remember when Yosemite Sam told a disguised Bugs to play one of those negro spirituals? What was Bugs' response?

Figures. Different classes of white folk only celebrate y'all's own shit. I see you. ass.

See Also: A Declaration of War
Posted by M. Rasheed at 4:52 PM