The Namesake in the Mansion Across the Street 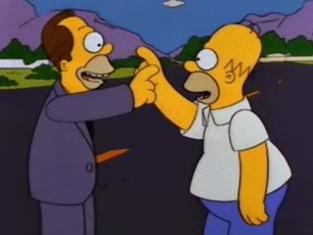 Alan Groening - Muhammad... you there?

Muhammad Rasheed - I knew you would have a stock answer prepared. hahaha

Muhammad Rasheed - I started not to ask because I knew you probably get it 400 times an hour.

Alan Groening - well the other one goes like this:

"I fell through a rift in time and space and landed here on your planet.. I left behind the Sompsons in the 9th season on the FIX network... and now Im desperately trying to get back home"

Alan Groening - "the portal is above my head and the ladder doesnt reach that high.  Life is difficult so if we touch... its exactly like that thing that happens in the movie Timecop.... all is not good."

Muhammad Rasheed - Now you have to draw a cartoon of yourself illustrating it, and do it in Matt's signature style. lol

gosh I dunno if could draw in matts style

Muhammad Rasheed - I'll do it. 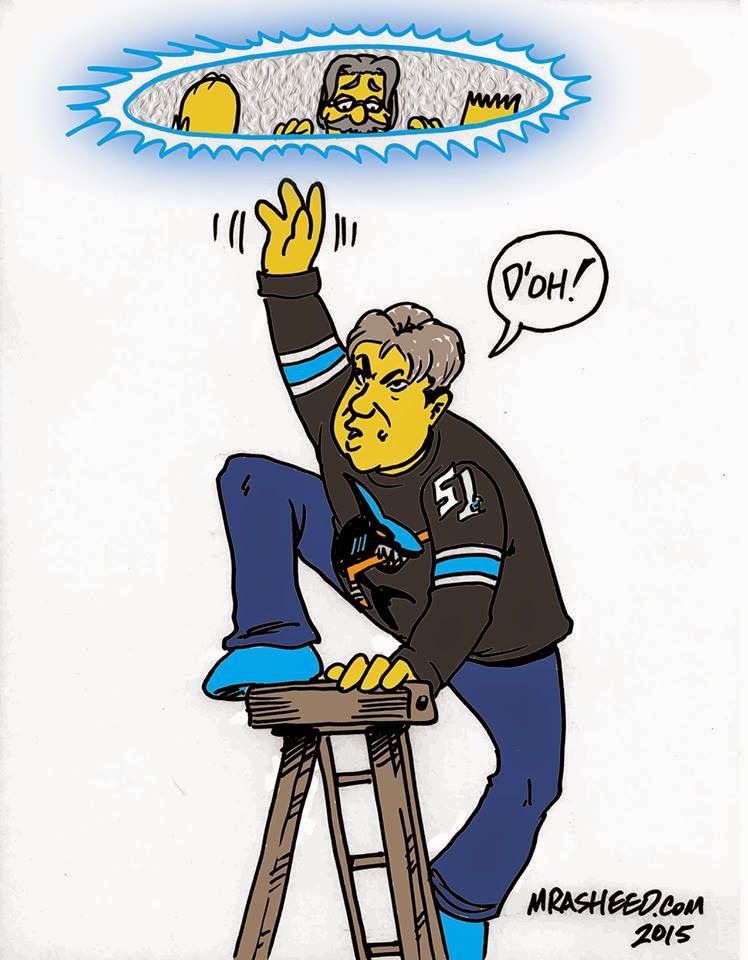