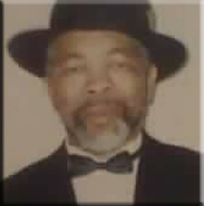 We miss you, Dad.

Here he is during his arrest at 19 yrs old during the civil rights sit in demonstrations. $200 fine and 4 months in jail for sitting at a Walgreen's counter in Jackson, Mississippi in 1961. 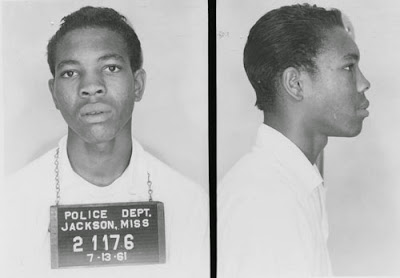 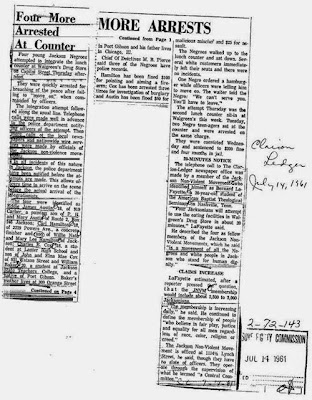 He's the one that first told me about the young Malcolm X having to use toilet water to get that lye/potato mixture out of his head when the water was cut off at the very wrong time.

Young Me: "Wow! Why would anybody even put that crazy stuff in their hair, dad?"

Mike Csotd Peterson - One of the giants. Much respect, my friend: You are of exalted lineage!

Marquebarry Arts - WOW. so, he was apart of the fight that gave me the freedom I have now. big props pops. big props

Mike Csotd Peterson - I just wrote about this the other day: People don't realize that the first "demonstrations" were not "provocations" and the ones who pulled them off were carefully selected, brave, disciplined, well-trained heroes who made the world see the decency of asking for human rights and the evil of denying them. They were the elite, and we really need to learn their ways.

Jeremy Travis - I think you would look GREAT with a conk, Momo! *pulls out a bag of potatoes and a bucket of lye*

David A. Le Roy - Thats so powerful. WOW. To be honest, he looks so much like you, at first glance I thought it was you. I was sayin' to myself, "here this brotha go postin jail snapshots." LOL.

Karriem Shakoor - Wow.....I never knew that about your dad. As kids we knew he was deep into knowledge of self, and always 100% serious about applying oneself. Your dad was the type that made all us kids stop playing "right away" by just a look. Things make a lot more sense now. Thanks for sharing.

Bakkah Salaam Rasheed - My oldest son is bragging about his father's criminal record from the summer of 1961 in Jackson, Ms. Now he has to show the world his mother's 1988 arrest and conviction, too.

Muhammad Rasheed - The difference between the two is that dad's arrest was part of a well-planned strategy of the Civil Rights Movement under the Freedom Riders program, the purpose of which was to demonstrate the fundamental wrong of the racist jim crow society, drawing publicized, documented attention to it for fighting the system in court. By contrast, your arrest was an attack by small town Michigan racists who were actively attempting to run our family out of Hillsdale County.

Your arrest and conviction was based on a lie, was a great source of pain to my family, wasn't part of any greater movement, and certainly wasn't anything I would wish to brag about. When I do bring it up in discussion, it's usually to counter the assertion of some racist who thinks those types of events no longer happened to blacks, wielding the event as a weapon. 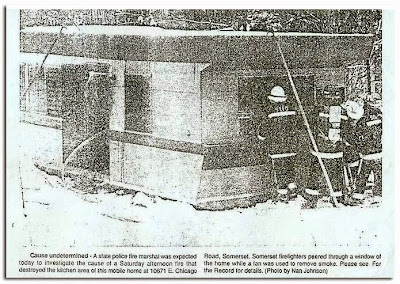 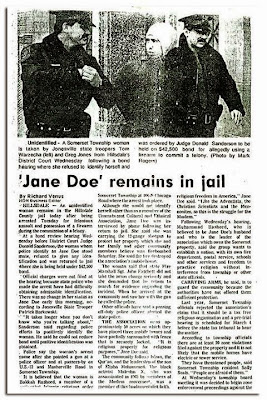 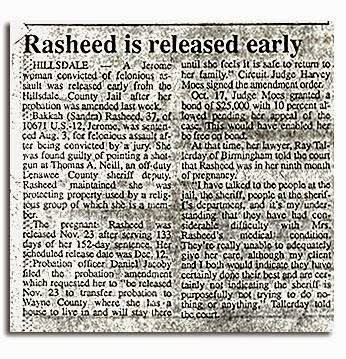 Bakkah Salaam Rasheed - I see my arrest and conviction on an Islamic-phobic lie during the Iranian-hostage crisis as part of an overall plan to discredit and discourage the religion. During that time (1988) Muslim businesses all up and down US12 Highway were burned by arsonists. The research should be done to show what actually happened during those several months. The reporter in the Hillsdale Newspaper called our story part of a movement like the Amish, Quakers, and other oppressed religious minorities that sought out places to establish community life.


Your dad's struggle was civil liberties while mine is religious freedom rights.

Muhammad Rasheed - You're revealing info here that I was unaware of.

It would help a lot if you would tell your own story, in your own words with as much detail as you can stand. Then we could chase down these leads and provide the sources to aid in chronicling this part of our family legacy. I can't do it without you.