Notes While Observing - Strategies of the Discrimination Olympics 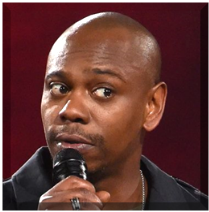 1.) "I was shocked. Is this happening? Wait a minute, is this a time in American history when an American can make a decision for themselves, and even though other Americans don’t understand it they’ll support it, and let this person live a happy life? Is this what’s happening? If it is then good for America. That’s Dave Chappelle, the American.  Although Dave Chappelle the Black American, he was a little jealous.  I was like 'How the fuck are transgender people beating Black people in the discrimination Olympics?'" ~Dave Chappelle, The Age of Spin: Dave Chappelle Live at the Hollywood Palladium (2017) 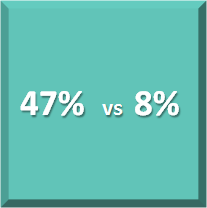 2.) "It turns out the first mover advantage is mostly a myth. Look at a classic study of over 50 product categories, comparing the first movers who created the market with the improvers who introduced something different and better.  What you see is that the first movers had a failure rate of 47 percent, compared with only 8 percent for the improvers. Look at Facebook, waiting to build a social network until after Myspace and Friendster. Look at Google, waiting for years after Altavista and Yahoo. It's much easier to improve on somebody else's idea than it is to create something new from scratch."  ~Adam Grant, The Surprising Habits of Original Thinkers (TED Talks)


3.) #RaceFirst - I had an encounter with a member of the LGBTQ community, who snapped at me for taking on a "race first" attitude in my activism. 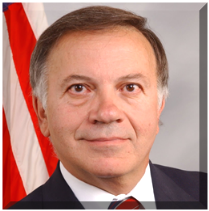 4.) "It is utterly hypocritical for Congress to extol the virtues of a color-blind society while officially sanctioning caucuses that are based solely on race. If we are serious about achieving the goal of a colorblind society, Congress should lead by example and end these divisive, race-based caucuses." ~Representative Tom Tancredo, Republican of Colorado (objecting to the continued existence of the Congressional Black Caucus) 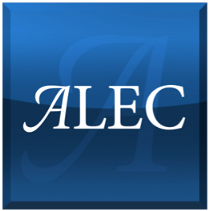 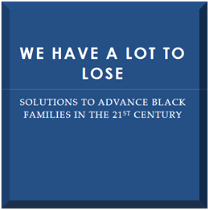 6.) Congressional Black Caucus Shows Trump Its Policy Vision for Black America - "We Have A Lot To Lose"
I haven't seen the CBC as active as they have been since they decided to meet with Trump.  I'm annoyed that this laundry list of items they put together wasn't available during Obama's 2-terms; that's precisely the benefit in having the first Black President, yes?  That same Black President who directly told American special interests to "tell me what to do" the night he won the 2008 election.

So what the hell WERE the CBC doing all of that time that they waited until Obama left to take an African-American political agenda checklist to the White House?

Muhammad Rasheed - It is well known that other special interest groups used the basic civil rights activism model of the African-American to receive their own gains, as Dave Chappelle joked in point #1 above.  But how is it that that the Black community as a whole aren't well far ahead of these other groups because of our head start?  There are two reasons behind this:

1)  The "improvers" theory of Adam Grant's The Surprising Habits of Original Thinkers explains that the later group's used their study of what we did right/wrong during our pioneering efforts, to make themselves more successful.  The LGBTQ community are currently a lot more politically astute than we are.  Complaints from Blacks that President Obama did a lot more for that community than he did for his own are woefully misplaced, as Ta-Nehisi Coates unveiled in his in-depth, multi-part interview with him.  The LGBTQ community had their dedicated lobby produce a well-planned, well thought out agenda, and when presented before the president, he worked with them to get what they wanted accomplished.  No equivalent African-American group presented such a plan to the POTUS during his entire 8 years (though I personally wish there was).  More successful groups like the Jewish community, the Hispanic/Latino community and the LGBTQ, were very aggressive compared to us (despite the pop cultural stereotype) and threatened to shutdown careers, companies, and even whole industries with their political and economic force.  The Black community has not done this since the Montgomery Bus Boycott in the mid-1950s.  We know better, we KNOW pressuring people by withdrawing our spending force from their revenue streams gets results because everybody talks about it prior to every Black Friday without any follow through.  We can blame some of this on a void of leadership (as Van Jones mentioned in Ava DuVernay's 13th), but we can't ride that excuse forever.

Speaking of which, it seems that the Congressional Black Caucus has finally decided to present a planned agenda to a sitting president as item #6 above shows, though I'm forced to question their timing on this, which leads me to the second reason.

2) Deliberate sabotage.  The GOP – through their Social Policy Network (SPN) and ALEC – are actively trying to scrub the concept of "race" from the national lexicon, while continuing to perform racist actions (voter suppression, Black male targeted mass incarceration).   The obvious point is that they are trying to return Blacks to slavery to enhance their wealth coffers, while rendering impotent all legal means for fighting their evils based on "race."  Based on Tancredo's comment on item #4, a faux-colorblind society that continues to favor the White race over Blacks, means no less than a return to a time when being Black was to be invisible (except when you were being hung from a tree).

It is vital that the African-American community reinvent itself and become the "improvers." Build up the tried-and-true activist methods used first by you, then your special interest rivals to later out do you, and then become a strong fighting force to reverse the enemy's efforts to return you to chattel.   This is something you absolutely MUST do right this second.  NO ONE ELSE is going to do it for you.  You must go out, come together, and get it done yourselves.
Posted by M. Rasheed at 8:32 AM