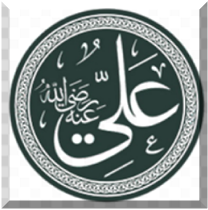 Q: Shias tell me the Qur'an is incomplete, while Sunnis say it’s the final Word of God. Whom shall I believe?

Muhammad Rasheed - The shia sect was created from the manipulative machinations of a guy named Abdallah ibn Saba, who was known to have sown dissension among the early Sahabah. The toxic ideological seeds he planted by claiming Ali was really a divine figure, obviously contradicting the basic message of Allah, are what eventually evolved into the shia doctrine as we know it today.

There is no reason to ever take the shia's opinions about the Qur'an seriously since their entire group functions as a disruptive spy agency created by some of the long-time enemies of Islam.

Q: Why do Shias believe the Qur'an is incomplete?

Muhammad Rasheed - The shia are convinced, through the centuries old deceits of a diabolical figure known as Abdallah ibn Saba, that Ali is somehow a deity figure of some kind, and that the early Muslims should have established a royal caliphate dynasty of him and his male descendants.

They are SO convinced of this foolishness, that they blaspheme and say that Allah Himself supported this belief of theirs, but say that the non-shia Muslim guardians of the Qur'an have hidden it from them.

Reza Rezvan - Please first study and then talk. What you claim about Abdullah ibn Saba is completely wrong. please click here to find out the truth.

Muhammad Rasheed - The entire point to this article you linked to, is that there isn't any evidence in the literature that supports the ibn Saba theory. You do not find this ironic coming from a shia sect member?

Did you also happen to notice there is nothing in the Qur'an that supports the existence of the shia sect itself? In fact, exactly the opposite. You're only being defensive about it because the historical record demonstrates the bloody split in the early Muslim community was not only your fault, but it was based on un-Islamic claims that cannot be supported from within the doctrine of Allah and His messenger.