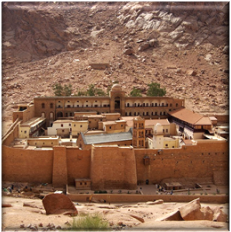 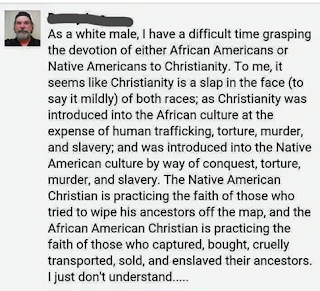 Muhammad Rasheed - The oldest Christian church in the world is in Africa. Despite their attitude about it, Europeans don't have a monopoly on that faith. The concept that they introduced it to Blacks in the first place is a false myth.

Riley Freeman - In America, Christianity was beaten into blacks and choked down the throats of native Americans. Hell the book even reads like a guide to slavery teaching servitude and severe punishment in the first half and then forgiveness for those who have wronged you in return for riches once you're dead.

Muhammad Rasheed - The African practice of Christianity predates the American slave trade by centuries. This fact should explain that there is inherent value in the faith for Blacks.

Riley Freeman - You have to take into account that 99.9% of black American Christians follow the King James version of the bible, not any any African version. That fact alone only goes to reinforce my statement.

Muhammad Rasheed - Originally it was illegal to teach the religion to the slaves, but they hesitantly spoonfed them certain aspects of it at a point. The fact that Europeans didn't invent Christianity, but only gave the slave class their twisted interpretation for their own purposes, negates the point of this post. The American Black church has long ago evolved beyond the tainted religion that was originally given to them, and it was the leadership of that same community organization that led the fight for our civil rights.

Riley Freeman - As I stated, the verbatim words from that book is for slaves. Which is why is has become so easy to bastardize and use as a tool to rob from the poor without consequences or repercussions. Especially the black church.

Muhammad Rasheed - The "verbatim words" from scripture are for free believers who "study to show their own selves approved.” The real problem is that modern folk have a disdain for study, and leave themselves vulnerable for others to spoonfeed them items from self-serving agenda. The bible doesn't create sheep, it creates shepherds. Which role the people find themselves in is revealed in their level of study.

Riley Freeman - As I said, 99.9% of black Christians in America follow the King James version, a slave handbook.

Muhammad Rasheed - Why do you believe it is a 'slave handbook?'  You'll first have to prove that this is so, quoting from the text itself. If you can do this, then only then will this be the "mic drop" you wish it to be. If not, then the fact that Christianity predates the American slave institution reveals this meme author to be an idiot.