A Sinister Long-Term Goal for America 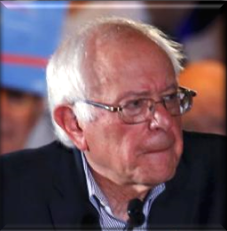 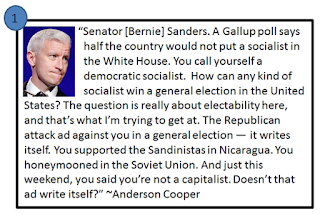 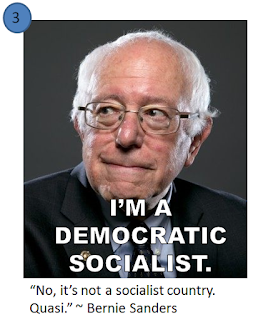 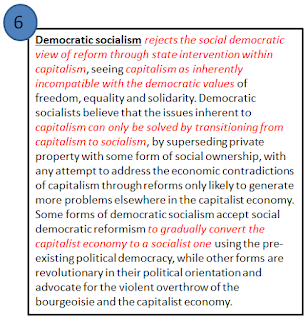 Muhammad Rasheed - To be clear, Bernie Sanders does NOT agree with capitalism at all.  He's fundamentally offended by the wealthy, and by the idea of anyone having the potential to be wealthy.  As a proud democratic socialist, he does not believe capitalism can be tweaked, and finagled, or "worked with" at all; only destroyed and replaced with socialism altogether.

An ideal United States of America republic uses multiple systems, providing a wide range of options for our very large populace to govern our lives, including capitalism with a Free Market economy, enabling anyone who so desires to own property, own the equipment they innovate, invent, or purchase to run their own business for economic success without a ceiling.  Bernie hates that concept, and believes we shouldn't have that right.  Instead of protecting the capitalism Free Market by preventing corporations from sabotaging it when they form monopolies and cartels, creating the inevitable plutocratic situation (Capitalism cannot function without competition!  Once that's gone it is no longer capitalism, it is corporatism!), Bernie wants to punish everybody by replacing the whole system with a socialist one.

As Maher mentioned on his program this month, we do have some programs in place many consider to be "socialist."  That combined with Bernie's crabby anger -- in stark contrast to Obama's legendary (and some feel frustrating) cool stoicism -- the populace seem to be latching onto him as a serious candidate for the White House.  The people are generally pleased with President Obama's performance, and so it's possible that the GOP's labeling him a socialist may have served to warm the potential voters up to the concept, effectively backfiring on the clueless Grand Old Party.  lol  Perhaps the people think: Well, since a Moderate-labeled-socialist did a pretty decent job, maybe a full-blown leftist socialist will knock it all the way out of the park!

The people have to recognize that if the democratic socialist gets his way, he's going to put items in place that will assure his ultimate goal is achieved... NO MORE CAPITALIST TRADITION FOR THE USA.  That means you will not own your home by law.  You won't own the inventions you create (assuming it would even be possible to do so under that system; it might be illegal to even think that way).  Do you care about that anymore?  Once upon a time, Americans cared very much about that sort of thing.  Owning property, owning your own home was a potent symbol of Freedom.  But has that changed?  Are we now indifferent to the concept of ownership and can give it or take it?  After-all we've all been groomed since 1913, when the Federal Reserve Act was passed, to accept our new debt culture using the fiat money system based on unlimited credit.

We don't care to own our homes anyway because our debt culture has already indoctrinated us into not caring if we own anything or not; we're good just pretending to own stuff while making unlimited payments.  That's the New America.

What's the difference really between swiping something on credit, making regular payments on it forever because the interest eats up most of it, versus borrowing property and the means of production for your business from the collective, while a ceiling is placed on how much you are allowed to earn?  They function the same.  We've been groomed for over a hundred years to welcome an eventual communist America with open arms.

What's that?  Socialism and Communism aren't the same?  Well, so what?  You now know that a democratic socialists plan is for a gradual transition from capitalism to socialism.  Why do you believe it would stop there?  The Democratic Communist Party, that was so active during the socially turbulent 20th century had a long-term plan for taking over the nation.  Why wouldn't you think that transitioning us first over to what would effectively be a "communism-light" wouldn't be part of the long-term plan?

I don't want the country to be a communistic one, or a socialist one either for that matter.  I want my descendants to be FREE.

Jenny Halasz - I am glad you are blogging. I'm enjoying the posts. But I'm curious why you think Sanders is completely against capitalism? I haven't heard him say that at all. I think many of his goals - education for all, overturning Citizen's United, reducing the gap between the ultra wealthy and the impoverished, are idealistic goals that will never happen - similar to the bastardized version of Obamacare we ended up with. But like negotiation, perhaps starting far left will help us eventually land in the middle or middle left rather than the middle right that starting moderate got us.

Muhammad Rasheed - Hi, Jenny! Thank you, it's been fun developing my online writing voice. The reasons I think Bernie is completely against capitalism are:

1.) A text book 'democratic socialist' is 100% against capitalism, and actively works towards a gradual transition from capitalism to socialism.

2.) Bernie made the effort to correct Maher's statement that America is socialist by insisting America is "quasi-socialist," but he pointedly never corrected anyone when they referred to him as a democratic socialist. That means he takes full ownership of the text book definition as his own political ideology.

3.) In that #5 item in which I quoted him, he said he doesn't want to be an extreme Republican, nor a Moderate Democrat (like the sitting POTUS). The opposite of that is what Bernie considers to be what the vast majority of the population needs, and that would be an extreme leftist. The extreme left want nothing less than the complete eradication of the capitalist system from the earth, believing it is a poison to the vast majority of the people.

Starting far left will do nothing but water the seeds planted by the original Democratic Community Party during the 20th century, and bring us closer to something horrible.

Jenny Halasz - Your arguments, as usual, are well thought out, I just disagree.  ;)

Thank you, but what part do you disagree with? The definition of democratic socialism?

Jenny Halasz - I disagree with getting into substantive debates on Facebook.   ;)

Diehard Cheerleaders Amaze All By Cheering
Posted by M. Rasheed at 11:55 AM