The Respectable Politics of the Token Black 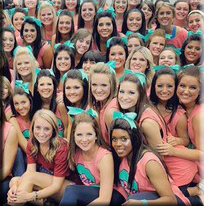 Muhammad Rasheed - The Wiki definition of "respectability politics" left me with more questions than answers. Primarily because of what they are tracing/linking it to, compared to what modern black political writers are describing it as.

Tell me which of these is actually correct, please. Is respectability politics:

c) Telling members of your culture that if only they will perform XYZ, the dominant group will like them

Kamau Mkafele Mshale - C is the closest. I think the other two are more about assimilation

Muhammad Rasheed - I got you. I disagree with B being "assimilation" though, unless you mean some wack-a-doo extreme form in which you 100% lose your own identity, walking around wearing the mask of the other group member.

Muhammad Rasheed - The monkey wrench in C is apparent within my earlier Eddie Murphy/Harlem Nights post. They don't like you anyway, and only tolerate you when you live your life according to the way they want to see you perform on their terms.

Doing ANTHING so that type of personality will like you is insane.

Kamau Mkafele Mshale - Pretty much. Like brown skin barbie is cool but brown skin with blonde hair and blue eyes is a prob and more so if you no longer got love for things fron your own culture

Muhammad Rasheed - I used the "brown-skinned Barbie" not as a fashion statement, but as a societal archetype to represent the type of person who hates their own culture, and it is their fondest, semi-secret wish to actually BE one of the other group... in every way.

Dave Stephens - Is there a culture or subculture on the planet that DOESN'T have its own version of a Barbie?

Muhammad Rasheed - I'm more interested in why misdirection towards a band-aid effort of 'multiculturalism' involving the literal Barbie Doll by Mattel, Inc. is relevant to this topic concerning a philosophical concept in which "Barbie" was just used as a symbol.

Muhammad Rasheed - Dave, is this you sincerely trying to understand the topic discussion, or are you trying to sabotage/derail it? I can't tell which.

Dave Stephens - It's completely relevant – if every culture has its own version of Barbie, it stands to reason that having that hardly qualifies as abandoning...

Muhammad Rasheed - Are you talking about every culture having its own version of a popular doll, or the "multicultural" collectors' line from Barbie?

Dave Stephens - I'm sure there are better examples of disingenuous multiculturalism – but I understand this is way above my pay grade, so no worries.

Dave Stephens - No I'm not talking specifically about Mattel or whatever, just that concepts of unattainable beauty inevitably find their way into dolls and toys... I don't think it's avoidable I think it's inevitable.

Muhammad Rasheed - Despite the clueless myth of blacks having high self-esteem, they are in general severely psychologically damaged to dislike traditional African features because of the fruit of the white supremacist societal legacy that upholds euro-values and euro-beauty standards as 'normal.' The "brown barbie" concept comes from the extreme version of the resulting psychosis in which blacks will literally hate themselves and wish they were white, being perfectly happy to be the Token Black Face in the group of white people, pretending -- sadly -- they are just another white person among them. That's specifically what I was referring to; it didn't have anything to do with dolls in the literal sense.

Dave Stephens - I got that. I've seen that kind of self-hate exactly, represented here in San Diego at a Boys and Girls Club way back in the early 90s when I taught computer basics - as a reward for good behavior, I drew caricatures of some of the kids and it was deeply disturbing to me when one of the 8 year old African American girls asked to be drawn with blond hair and blue eyes... I'm sure I broke some kind of rule when I told her I was going to draw her how the good Lord made her, because God doesn't make mistakes... I got a few amen's from her friends, so I think that was the right approach.

Muhammad Rasheed - That's exactly the type of psychosis that's affecting the black community; a piece from several broken shards of racism's legacy. I know from the outside looking in it seems like we complain about it a lot and are always "playing the race card" as you all say. But the fact that that 8 year old baby is suffering the full force of the typical inferiority complex of our people, programmed into her from equally damaged parents, is a glimpse into the very reason why we complain.

It won't be an easy fix, Dave, and it'll certainly take more than the election of a black president to do so.

Muhammad Rasheed - Telling us to "get over it," and condescendingly telling us "this won't help" when our frustrations inevitably reach a boiling point, isn't going to fix it either. That's actually how bitterness, resentments, and just more of the same are created.

I am not anti-police, I am anti-getting away with murder, that's all.

Muhammad Rasheed - I would be crazy to be anti-police. I enjoy living in a technologically-advanced civilization, and abolishing the police force would give all of that up, pretty much overnight.

What I am is anti-police corruption, and anti-individual racism bias hidden behind the badge, and protected by a system that "understands" that bias and is willing to give it a pass because Black Lives don't Matter in that system.
Posted by M. Rasheed at 2:10 PM