Slight Discrepencies in a "Post-Racial" Society 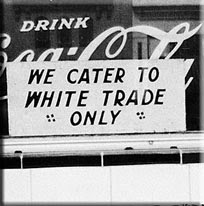 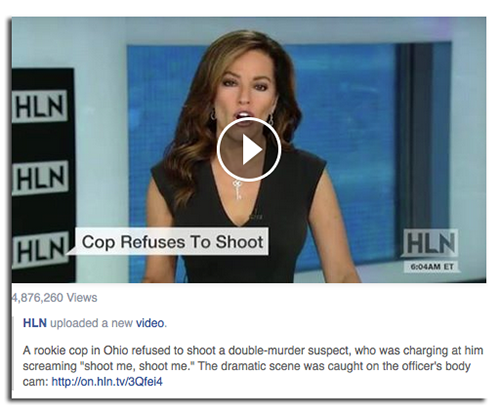 Your fake-ass argument is invalid. Fuck you.

Bakkah Rasheed-Shabazz - Was the suspect a white dude? That makes the difference. Where's the reports by the media about the difference in the number of white males shot by police compared to African Americans? The figures are outrageously different but never mentioned.

J Arealia Crear - There's WAAAY more white people (78% of US population vs 13%). White people should get shot "more", but the question isn't about gross numbers, it's about rates (percentages). "The 1,217 deadly police shootings from 2010 to 2012 captured in the federal data show that blacks, age 15 to 19, were killed at a rate of 31.17 per million, while just 1.47 per million white males in that age range died at the hands of police." A rate 30 times higher is significant and merits reporting. Bill O'Reilly, Nick Kristof on race and police killings

Michael Hodges - The thing nobody seems to care about: While what J Arealia Crear posted above is absolutely correct inasmuch as the rates merit investigation (and by God, they certainly do!), people are treating this story as "proof" since the cop refused to shoot the man.

Am I the only one aware that the cop DID HIS JOB, because he's SUPPOSED to try to minimize force regardless of the suspect's/assailant's race?

When a white cop shoots a black man, we damn him for shooting, regardless of the circumstances. Don't read into that: ALL shootings need to be investigated, and anything which suggests something out of whack needs to be investigated further.

But we're damning this guy for NOT shooting. What the hell was he supposed to do, choose to specifically shoot because the perp was white in order to convey some crazy sense of appeasement?!?

Karla Holland - Any thing that comes out of their mouth is pretty much invalid.

Clark Willis - J Arealia Crear Yes, there is a 78% to 13% ratio there, but there is a 69% to 28% ration of crimes reported by race. Feel free to spin some racism on that. Keep in mind that "whites" also include hispanics here.

Clark Willis - Personally, in that situation, I would have shot him when he approached, and especially when I was on the ground.

Karl Dabney - Good point. Not as diplomatic as I would say it, but you are on target.

Tom Luth - Glad to see there are still some decent cops around.

Andre Roberts - If he were black he would have been shot in the back, forget charging

Reg Clinton Brown - This dude is white that's why

Neil Bagozzi - Who is the literary genius muhammad.

Chester Moyle - Andre, how would he have got shot in the back when he was charging. U-turn bullets?

Muhammad Rasheed - In the future, unless you actually believe the following:

1.) blacks should be discriminated against for no other reason than because they are from the black american ethnic group,

2.) whites should be showered with preferential privileges for no other reason than because they are of the euro-ethnic groups,

3.) frequently wish that blacks would just "go back to africa"

4.) think that black people are inherently more savage and less intelligent than other groups

5.) believe white people are the apex of human evolution

6.) somehow believe there is no white-on-white crime with numbers comparable to the black-on-black crime rates,

7.) believe the world were better off if blacks were all killed off, put back in slavery, or controled by the state while everyone else lived freely

8.) racism is a fiction, or at least is no longer present in society

9.) and various combinations of ideologies developed from the above

...then please don't respond to these angry, anti-racism rants of mine while seemingly supporting discriminatory practices, unless you want to out yourself as a racist. FYI. It's fine if all you are doing is playing devil's advocate, but try to let people know that, please.

Ayub Black Panther - A skin head will kill another shin head if his life is threatened.
Fuck being a cop. The Cop was a scared lil bitch and should quit or be fired.

Luther Johnson - The officer did his job correctly. A police officer should not fire unless he absolutely has to. I dont think that the argument is: should the officer have shot the suspect....but rather: why are cops so quick to shoot black/brown people and fail to show restraint they show white people.

Muhammad Rasheed - They give white suspects every chance in the universe... that's why this clip is so powerful... no matter how heinous the crime. They could have just shot up an elementary school, but they won't shoot him because he might have a family, or everyone deserves to have their story told, you don't know what this poor mentally ill soul went through to make him take that dark road, what right do I have to take this man's life, we've all been there, it could've been anyone, etc.

But blacks? They will unload the gun into you casually because of what you might have done ("He was like a DEMON!!"), or what you probably did in your past ("Did you see him in that photo holding a gun and money? Disgusting. I wish someone had shot him that day.")

Neil Bagozzi - According you Muhammad every cop in the USA joins the police force to kill black people.

Muhammad Rasheed -  According to you, Neil, you read somewhere where I said every single cop in America is a racist. I must've deleted it.

Muhammad Rasheed - You could've saved the typing time if the best you could do was a shallow strawman.

Muhammad Rasheed - If you want to bring it then bring it. Throw down your rod.

Clifton Hatchett - Most cases like this end with a dead body and an acquitted Cop.

Jeremy Travis - When A White Man Tries To Break Into A Car Nothing Happens, But Watch When A Black Man Tries The Same Thing

Muhammad Rasheed - "That poor, poor white man must've accidentally locked his keys in there. He's probably late picking up his kids from day care or something noble like that. CAN'T SOMEONE HELP THAT POOR WHITE MAN????"

Muhammad Rasheed - "Look at that thug getting within 50 feet too close to that parking lot...! SOMEBODY CALL THE POLICE!!!"