The Character Lynching of O.J. Simpson 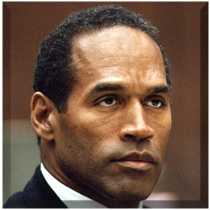 Jennifer Lang - Why do some people still believe that O. J. Simpson did not kill Nicole Brown Simpson?

Muhammad Rasheed - For me, the list of items that led the jury to the "not guilty" verdict:

By contrast, the list of reasons why people do believe O.J. committed the crime:


…aren't strong enough reasons to make me 'believe' O.J. is guilty the way the racist and/or easily-influenced-by-racists sheeple masses have.

Bakkah Rasheed-Shabazz - I watched the televised lynching of O.J. every single day while living on campus and attending the University of Michigan in Ann Arbor, MI. There were masses of students and staff watching with blood in dripping from their eyes waiting to take him by force and hang him from the nearest tree. Among that mob of salt was a few grains of black pepper, who looked at our much smaller numbers sitting in silence to observe and listen to every thing the enemy had to "prove beyond a reasonable doubt" that O.J. was not only capable of such a heartless, gang style double murder, but he absolutely must be guilty for no other reason that he was arrested, charged, and on forced to defend himself in court. Fortunately, this time a so-called black man that had been accepted by white people for the majority of his life as a "star" football player, had enough money to hire the best defense attorney. The whole trial was the first televised one in history. It was treated like a new tv program that was used to divide the nation along the lines of race and class. The set-up that eventually resulted in a criminal trial, for which O.J. is being released after 9 years in prison is more like an attonement for the double murders that the mainstream media continue to tell their viewers he "got away with." Yeah, I agree that O.J. got away from the false charges of double murder, but he will never escape the stigma of being assumed guilty as charged.

I have no love for Black People who don't like the fact that they're Black.

You knew Black people were broken when you showed up. Those are the last people you should be turning your back on, or having a hard-line stance of unforgiveness.

Take your brother's hand, please. You don't have to like him, or agree with his displayed weaknesses, but we need to be together.

Clifton Hatchett - He's not we.

He's that dude that's terrified of me.

I actually know his types.

I'm all for us, but if there is any amongst us, who do not want to be amongst us,...

They can go straight to Hell. 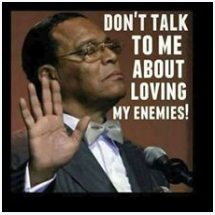 Muhammad Rasheed - I didn't say nothing about 'loving.' Calm down.

Rayshan Hampton - Standing with an alleged murderer is having unnecessary blood on my hands... I'm not gonna stand with somebody just because they're my color. That's like standing with Michael Vick for abusing animals.

Muhammad Rasheed - As I recall, he's not an "alleged murderer" since he was found not guilty of the charge. The intense butthurt expressed by the wypipo over it is a public 'character lynching' by the mob.

Please don't partner with wypipo when they do what they do.

Clifton Hatchett - He killed somebody?

Muhammad Rasheed - There was a high-profile homicide, and one of the most notoriously racist PDs in the country was pressured to hurry up and solve it. It was all down hill from there.

Stop listening to wypipo, please. Truth rarely flows from that direction (when it does it's by accident).

Clifton Hatchett - I thought I missed something.

Rayshan Hampton - Do you know what ALLEGED means? Why do you think I included the word... you know, a simple Google search would've saved you a lot of energy and agitation typing such an ignorant response. 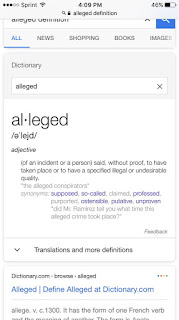 Muhammad Rasheed - Calm down, please. I thought you were using the legal term, as in for someone preparing for the trial that hasn't happened yet. I know you're mad that he's paroled, but I'm not the one that did it. Chill.

Muhammad Rasheed - Thanks for the pass. :)

All I'm saying is that, despite evidence to the contrary, wypipo BELIEVE he did it, apparently for no other reason than because he's a Black dude. It's not a good look to partner with Adventures in Whiteness, or to be seen in that vicinity.

Muhammad Rasheed - At least have a REAL reason for why you'd think he really did it. #LetMeSeeYourPapersGal

Ralo Noon - Yeah but it will make white people mad if he get out so .. Let the juice loose...plus he might have learned his lesson for saying that Dumb shit !!!

Muhammad Rasheed - Right. That was a long time ago. Especially for him.

Elton Leonard - we dont get mad at them because we've accepted their culture by force.

Muhammad Rasheed - "awww... look at that face. I could never be mad at you, my diabolical oppressor. It's so #adorbs when you falsely accuse me of rape."

"I'll call you 'Nkechi Amare Diallo' if you want. I think it's cute. It go with yo eyes."

Clifton Hatchett - A long time ago?

I have zero forgiveness in me for those types.

Muhammad Rasheed - "Those types" make up the bulk of the damn diaspora. There's a reason why Blacks are broken, remember?

You need room for forgiveness in your repertoire, Clif, or you'll be fighting the Revolution all by yourself...

Something just boils in me man. I love me, and us, so when I see or hear us talk as though being Black some how is a bad thing,

It bothers all the shit outta me.

Muhammad Rasheed - It IS dangerous. It IS risky.

You also can't fight a war by yourself. The people of your nation are broken, but they are all you have. Be willing to forgive them of the symptoms of their well-documented broken state.

Clifton Hatchett - I can always count on you.  I'm always working to be a better human.

The amount of progress I've made has yet to be determined.

BaShiru Johnson - @Muhammad Rasheed... thanks for the insight.


Julian E Herring - I see what you mean. The square jaw, high cheek bone vs Cuba's puffy low cheeks and his "what the heck is going on with" jawline.
Posted by M. Rasheed at 9:08 AM