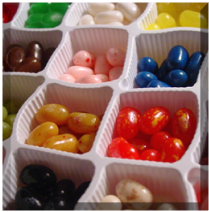 "Black Wall Street blossomed in the Greenwood District of Tulsa, as 'jim crow' segregation laws created a system which kept money from leaving the community. African-Americans, by law, could not shop in white-owned businesses, so every imaginable Black Business -- from groceries and clothiers to hospitals and theaters -- became immensely profitable."

Note that it wasn't the segregation that harmed the Blacks and Chinese, but the Economic Exclusion from the free open markets of the greater society. The closed in markets in which their money only benefited themselves was a form of cartel/monopoly, and like all monopolies it made them wealthy to the exclusion of others. But legal, systemic racism prevented them from leveraging that limited, community-level success and power into a nation-wide economic and political freedom.

So even though forced segregation was bad, it was still better than Integration (see: Philando Castile, Sandra Bland, etc.), which is clearly an evil tactic designed to strip you of power. Segregation, particularly when it is voluntary, is a self-empowerment/wealth-building tool towards actual freedom. ANYONE telling you that segregation is somehow inherently wrong and "should never be an option" is either an agent of your enemy, or the devil itself.

Please note that the most economically successful ethnic group famously uses segregation as both a mark of identity, and as a powerful wealth/power building apparatus that helps them fund whatever they dream of accomplishing to their sole benefit.

To be clear, forced segregation conditions inflicted by an active enemy who wants you to function as a subjugated second class underneath him is one thing.  That's definitely BAD.  Evil.  Other the other hand you have the deliberate, voluntary choosing of segregation -- without any outside force restrictions within it ("desegregation") -- that is used as a wealth-building tool to improve the quality of life of the given special interest group community as a whole.  That is a GOOD, virtuous, and genuinely smart choice.
Posted by M. Rasheed at 2:01 AM