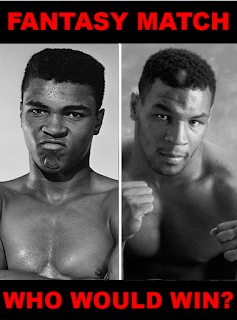 Muhammad Rasheed - Actually this fantasy “What If...?” match-up isn’t that far in the fantasy realms, since Muhammad Ali already fought “Iron” Mike Tyson, and beat him twice.

Okay, so it wasn’t REALLY Tyson that he fought, but it was close enough. You can consider the young Floyd Patterson to be a nearly identical, proto-Tyson. Both Tyson and Patterson were small for heavyweights, as well as known for being very quick for their size. Even though Tyson has the reputation for being a ‘dynamite’ knockout artist, they both had devastating KO power in either hand.

But in addition to that, they also had:

Also remember Tyson received his losses from people who weren’t intimidated by his reputation, who were willing to stand against him and could stick to the game plan for how to penetrate Cus D’Amato’s style. Ali wasn’t intimidated by any fighter, and he had zero problems solving Cus’ puzzle.

So realistically, we already know what it would look like if Mike Tyson fought Muhammad Ali. 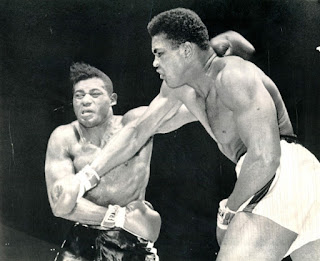 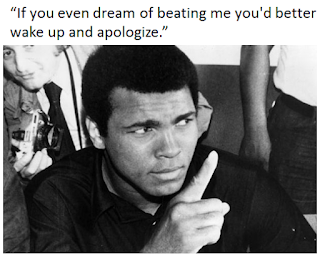 Muhammad Ali versus Floyd Mayweather, Jr.
Posted by M. Rasheed at 8:15 AM