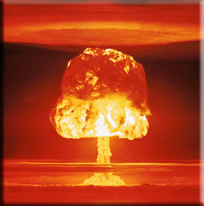 Chris Suess – [shared link] Dear Leader sticking up for his Hommies in Iran? 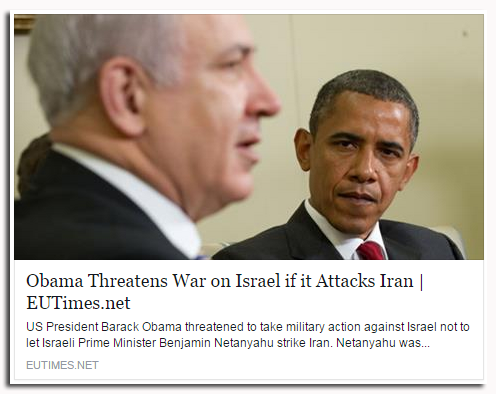 Jason Woodings - Just when you think you couldn't hate him more....

Muhammad Rasheed - Why would I hate the president if he threatened to attack someone who was threatening to start WW3?

Chris Suess - lol... cause that is what he would do. WW3 has already started.

Muhammad Rasheed - I think WW3 almost started when Israel destroyed the airfields of several Muslim countries, starting the 6 Day War. If they attack Iran, the other countries will help the latter retaliate, and the whole thing may not end the way that one did. It would be America/Israel vs the entire Middle East... or something similar. The President is letting Israel know he is not playing that game, so stand down.

Muhammad Rasheed - Obviously they are trying to force his hand, to help cause more dirt.

Chris Suess - Sure... or he could just be standing with the Muslims like he told us he would a long time ago.

Muhammad Rasheed - Are you referencing a quote, or is this part of you all's "Muslim Kenyan Socialist" claptrap?

Muhammad Rasheed - [From the Article Comments]
Larry wrote @ 08/03/2015 at 5:12 pm  "Israel has been claiming that Iran is six months away from a nuclear weapon since the 1990’s. I do not believe that Israel is our true friend. And I am glad that President Obama is doing something to reign them in. It is way past time that an American President has done this."

At least somebody had some sense.

Chris Suess - it's in his book hommie.

Muhammad Rasheed - I read both his books before I decided to vote for him, Chris. Please stop saying stuff like that. I love his books.

Chris Suess - I guess we both just understood the words that Ayers wrote for him differently. And No I will not stop saying it.
Posted by M. Rasheed at 2:15 PM