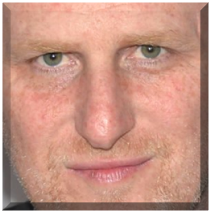 Muhammad Rasheed - So Michael Rapaport admits that he's never rooted for Floyd Mayweather, Jr. before, but he did for the McGregor fight.  He hasn't rooted for him in the previous 49 fights for all the usual reasons, including the "I just don't like him" one.

That makes me wonder why he decided to root for Floyd for his 50th fight. What changed? Well, what changed was the enormous amounts of attention drawn in the direction of the super-event, a super-event that has the force of two big sport fan audiences converging on it, as well as the HUGE energy typically generated by such a racially-charged spectacle.

It's clear to me that Rapaport is merely taking advantage of that giant audience to position himself better in his career. That's fine. That's what you're supposed to do as a capitalist if you have the attention of that many people -- you push your product or service. That's good business, and by itself there's nothing wrong with that.

That's not all that's involved here though.

Despite the fact that Rapaport has never rooted for Floyd -- for all the typical reasons white men haven't rooted for Floyd -- he's suddenly campaigning on this anti-racism shtick. "They've accused me of being a n*99er lover for my beliefs!" the actor proclaims, while he goes on this odd post-fight tour. What is he doing during the tour? Oh, he just happens to be promoting a book he has coming out, a book that has a chapter about Floyd called something like "Great in the ring, shitty in life." He's throwing Floyd's old sins in his face like the Accusing spirit of scripture, which is interesting since Rapaport claims the Jewish identity, and he knows Floyd himself is a believer in Abraham's God. In the comments section under the above linked video, people are praising Rapaport saying stuff like "If all white people were like him the world would be a better place."

Really? Because based on the historical record, western civilization is a shitty place precisely because of what men exactly like Rapaport have done. Just like the original architects of the White Supremacist Ideology, Rapaport is also exploiting a Black man he can't stand for a personal economic come-up. Michael Rapaport is an opportunist who's exploiting racism and a Black body to enrich himself. PERIOD.

He is NOT your friend. He's an asshole who will do ANYTHING for money. Beware.
Posted by M. Rasheed at 10:49 AM