The Actions of Belief 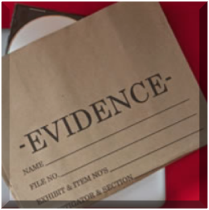 David Baldwin - Is it my fault I don't believe in God?

Muhammad Rasheed - According to scripture, "Belief in God" is a body of actions, a deliberate lifestyle choice that requires continuous maintenance throughout your lifespan. The actions that prove belief per God's criteria include continuous re-affirmations that you agree that God is indeed the Creator Supreme of reality, rejection of the temptations and sin that God commanded the believer to avoid, and the performing of righteous deeds per God's checklist. Scripture explains that "faith without works is dead," with the message that merely saying one believes will not be counted as belief on your record if such a thought is not joined by the Actions of Belief as described above. Even if one harbors secret doubts, and yet still faithfully performs the actions in one's life until death, one will still be rewarded by the Creator as a believer. You'll have everything to gain if you give God the benefit of the doubt that God's message is true, and you'll have everything to lose -- beyond your wildest imaginings -- if you reject the truth of God's existence.

Based on this understanding of the message of sacred scripture, it's your record of actions in life that will reveal that you did not believe. Belief in God is 100% choice, and to not use your Free Will to make the choice to commit to the lifestyle of that belief will absolutely be all your fault.

David Baldwin - This is a scary answer because it's not like I actively pursue disbelief. It just happened over time. I'm still basically a good person. Scripture is a big part of why I reject God. It's so contrived to me. What you've written just sounds like Pascal’s wager recycled. Ugh.

Muhammad Rasheed - Once you’ve become aware of the message of scripture, not actively pursuing belief is active pursuit of disbelief by default, David. You have to work to guard your believing lifestyle, and reject the temptations that attack it, even when they come from the depths of your own treacherous mind. On Judgment Day you will certainly be asked if you heard the message, and what you did once you heard it.

Rejecting God’s Call once heard is the very wrong answer.

David Baldwin - If there is a god, I choose to believe I will be judged as a good man. If that is not enough - if I will be damned to eternal suffering because of my disbelief - then I choose to also believe that god is not just nor good. Thank you for your answer and response to my question / comment.

Omg I just watched that video it was beyond corny.

Muhammad Rasheed - During the Judgment Event of the All-Knowing God — the One truly unique Being in all of existence — your deeds will be evaluated according to the parameters set by God, not the subjective, significantly less all-knowing whims of any members of the creation. You are not God’s peer, David; God doesn’t require your input into how things will/should be done.

Muhammad Rasheed - lol I was trying to find a clip composed ONLY of the hands dragging her down into the pit. hahaha I didn’t really want all the corny parts in it.
Posted by M. Rasheed at 9:16 AM