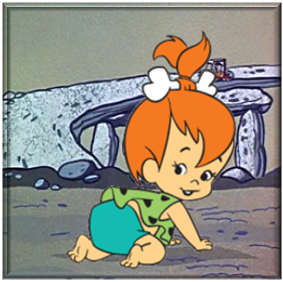 Perri "Pebbles" Reid received a lot of unnecessary heat over that TLC controversy. Based on the nature of her complaints in the aftermath, she wasn’t really the bad guy; the true nature of her wrong was an unfortunate, poorly-timed, ignorant naiveté (I’m not just saying this because she’s light-skinned, so chill; hear me out).


Even though Prince didn’t talk to the press much in those days, his potent “Own & control your own work!” message was spreading rapidly behind the scenes among music industry circles, influencing the new generations of artists. But for the less progressive minded, the way the music industry always functioned was just the nature of the music business. So when Pebbles signed TLC under the terms of the traditional exploitative industry contract, the popular new group grew increasingly resentful and felt that the Pebbitone, Inc. founder had taken advantage of them. Technically, TLC was signed with LaFace Records… her husband’s company, and Pebbles managed the group under her company, but surprisingly the complaints were only directed towards Pebbitone and not LaFace. L.A. Reid apparently was more than willing to sidestep all of the blame to have it land on his wife, who instantly became bitter and resentful about the entire affair, eventually inflicting her revenge against her soon-to-be ex-husband in the courts.

Notably, she never softened her stance that SHE had been the one betrayed. To me, the most accurate analysis is that Pebbles just used the standard industry template to attempt to build her brand, and was unconscious and unaware of a better way of doing business among her own people. The wrong she was actually guilty of was naive ignorance of the growing movement of freedom for the artists, a movement I’m positive her savvier husband was aware of, and he simply watched her take the heat for the controversy alone, allowing himself to be corrupted by the culture of that industry’s executive leadership.

Today, unfairly in my opinion, Pebbles has effectively become a poster child for traditional exploitative corporate practices, which only distracts from the real bad guys in the world, who of course would be more than happy to treat some low-level Black unfortunate, with shitty business timing, like she is the force of evil in the world.

Compare this concept to a similar one in how the media criticized Don King. The American boxing industry has been saturated with high-level organized crime corruption from the beginning – with everyone involved paying Meyer Lansky himself his tribute “tithe” during the height of his power – and yet somehow the talented money-generating promoter Don King was always pushed forward as THE face of boxing corruption. Like it was all HIS fault, and if only he was gone, boxing would be pure and holy, and everyone would get their fair share. I am not fooled, and despite any exploitative wrong that King may have done (mirroring L.A. Reid's possible dirty treachery perhaps…?), at the same time I recognize the bitter talk of his jealous, racist rivals who were never able to generate his record breaking levels of wealth. Notice also that now that the 80+ year Don King is retiring from the scenes, the press is more than willing to replace the “Black face of all boxing corruption” with the countenance of Floyd Mayweather, Jr.


The lessons learned from Pebbles’ story is that high-level Black Achievers of Influence should not neglect to be willing to make mutually beneficial “Think Win-Win” business deals with their own people, instead of by default reaching for the exploitative traditional contracts that represent the heart & soul of Western society’s underlying Racial Contract. It will not help the Black Community for our most powerful members to function like agents of the enemy. There’s a difference between “giving a hook up” and “providing better options.” The latter is the Business Best Practice when one is conscious of supporting their own.