"Tomb" of the Serpent 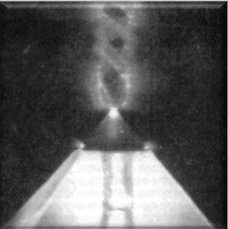 Tom Luth - Archaeologists To Ben Carson: Ancient Egyptians Wrote Down Why The Pyramids Were Built

It is sad that there is someone so mind-numbingly stupid as Carson. It is tragic that there are millions that regard him as brilliant. 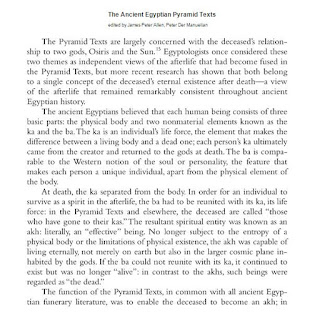 Muhammad Rasheed - The Ancient Egyptians were pioneers in high-level meditation technique, with the meditator 'becoming an akh' as the actual goal to gain spiritual insight. The Pyramid Texts are precise instructions on how to perform this mediation correctly to prepare the practitioner for the afterlife, not funerary ritual descriptions as the article claims. The pyramids are NOT tombs.

I don't think they are grain silos either, but that's certainly a more interesting theory than the very uncritical tomb theory.

Nina Savino - Concerning the idea of pyramids not being tombs... sure are a lot of mummies, canopic jars , and funerary materials to not be tombs

Muhammad Rasheed - What mummies, jars, and funerary materials were found within the pyramids of Giza?

The argument against the tomb theory is strong based on the fact when they were first opened, thy were conspicuously empty, with none of the typical egomaniac decorations associated with personal pharaoh. So where are you getting that, please, Nina?

Inside the Great Pyramid

I have been fascinated by and have been reading a variety of sources for better than forty years...

Nina Savino - Here's how scientists know the pyramids were built to store pharaohs, not grain

Muhammad Rasheed - The 'Inside the Great Pyramid' article concerns itself with who could have been the first person who opened the structure, quickly analyzing the most popular accounts. Other than pointing out that someone broke into one of the step pyramids and stuck a mummy into around 100 B.C., they have no idea whether anything was found in the pyramid or not.

Muhammad Rasheed - The problem with the 'Here's how scientists know..." article, is that it is full of smug speculation with little definitive proof. The monkeywrench in the author's (and the scientists that echo these speculations) is that there ARE numerous actual tombs in Egypt found. Highly decorated, covered in elaborate writings, etc., even after they had been thoroughly ransacked by robbers. Conspicuously, the Great Pyramid is naked as an egg. Just because some later rulers decided to save that tomb building money and repurpose some pyramids for burying either himself or relatives, doesn't mean that was what their purpose was. The insistence that they are tombs is not science. It's lazy belief.

Nina Savino - The Great Pyramid is only one pyramid of hundreds... it is written on the walls what they are... by those who built them

Muhammad Rasheed - Post up a pic that shows writing on a Great Pyramid wall that says it is a tomb, please. If it were that simple there would be no controversy.

That comment was pure speculation (to be generous) from someone pretending to have more knowledge than they do.

Tom Luth - Why was King Tut buried in a grain silo?

1.) I call his bluff that the use of 'mrw' means that pyramid and tomb are synonymous. Since 'mrwt' means 'love' I think the root is referring to something else rather than 'tomb' as he lazily believes.

2.) There is zero evidence that the granite container found within the King's Chamber is supposed to be a sarcophagus. Just because it loosely reminds you of a sarcophagus, and some after-the-fact, unenlightened ruler broke in and shoved his mother-in-law in one, doesn't mean that was the intended purpose.

3.) Can he not see that "associated with" does not equal "that's what it is?" This is the very definition of "reaching."

4.) More importantly, there were also very intense rituals required of the ruler during his lifetime to prepare himself for the afterlife. This part is conspicuously absent from the orthodoxy's lazy version of 'science.'

6.) Was the courtier's tomb a pyramid?

7.) The pyramid texts contain rituals to perform during the ruler's lifetime to prepare for the afterlife which were actually far more important.

8.) The first sentence was as worthless as the #3 item.

9.) Pure speculation based on lazy belief with weak evidence.

10.) It is more likely that the original purpose was not a tomb, it was repurposed into a tomb by a later ruler, and then converted back into a ritual temple structure later by Djoser.

12.) After-the-fact unenlightened ruler repurposing does not mean that was the original purpose.

13.) More speculation that conspicuously fails to take into account the 'living king' aspects of the rituals.

15.) From Gary's link: Zahi Hawass said there are no plans to run tests to determine the actual age, identity, etc., of the mummy found. Their belief alone is sufficient. (emphasis mine)

hahahaha! In a nutshell that sums up the width & breadth of orthodox "scholarship" on the subject.

16.) I don't care who argues that they are "cenotaphs," but I do reject the "tombs" theory as lazy [and probably Eurocentric] claptrap. And just because we haven't yet found royal tombs from the time periods doesn't mean it is logical to willy-nilly slap the label on everything you DO have.
Posted by M. Rasheed at 4:27 AM