An Embrace of True Art in a High Culture

One of my guilty pleasures growing up was this goofy little movie called The Monster Squad that came out in 1987, so I probably saw it in ’88 or ’89.  Featuring a group of kids saving the world from Count Dracula and his team of classic Universal beasties, it was a fun and quotable popcorn movie.  There were elements in the kid dynamic that reminded me of The Loser’s Club from Stephen King’s excellent It novel, combined with the super strength demonstrated by Dracula as he casually smashed a bunch of cops, and a really great werewolf transformation ending in the monster bursting out of a phone booth Underdog style. 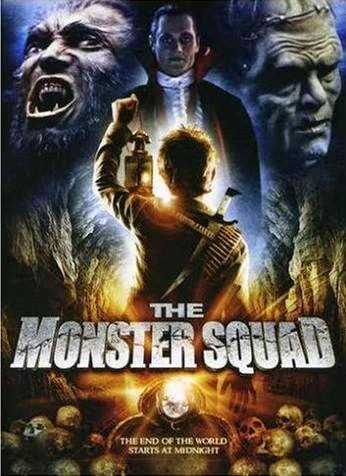 The Monster Squad was a derivative, eclectic mix of a bunch of stuff I liked as a 19 year old: monsters with super powers, the knockoff reuniting of a favorite team of characters from one of my favorite books, and fun pre-CGI special FX.  I considered it to be really cool.  One of the strongest scenes in it was near the beginning, before the monster part started.  The kids would walk past this old house where this reclusive old man lived and made up all kinds of crazy stuff about what he was like.   They referred to him as “The Scary German Guy.”  But when they finally met him out of desperation, he turned out to be very nice and helpful - and would later function as the Abraham Van Helsing of The Monster Squad basically - to help them save the world.  Later on something about that part of the film caused an enormous sense of Déjà vu when I read a popular novel, and then I remembered.

The Scary German Guy was Boo Radley from the book To Kill a Mockingbird.  They just ripped that entire part off and it pisses me OFF.  Yes, in a Frankenstein’s monster of a movie composed of component parts of a lot of different genre elements, that’s the part that ruins the film for me… the blatant theft of another book’s scene.  Not just their version of a similar scene.  No, it’s the same.  Alex Haley used Harold Courlander’s 1967 heavily-researched book The African as a guide for aspects of his own "historical novel" Roots, but they are clearly not the same book despite the controversy.   If you read them both back-to-back you will definitely not feel like you just read the same book twice.   By contrast The Scary German Guy/ Boo Radley issue was an actual theft, and the casual allowance of such things in film and other fiction-fueled industries – treating it like its “normal” and okay to do it – is the reason behind a lot of poor quality, and the overwhelming sensation that we’re watching the same movies and shows, and reading the same books over and over and over again.

I think it’s time to actively start encouraging originality in commercial art as demonstration of a mature, sophisticated and intelligent adult mindset, while dialing back on rewarding “tributes” and the usage of classic literature plots and figures as templates.  If we notice that you used the plot synopsis of Bram Stoker’s Dracula as the rip-off template for your novel, you should be called out as a thief and a hack, and you should not be praised for it.  At all.  If we notice that your villain is merely Iago from Shakespeare’s Othello with a different name, you should not be praised for it.  Recycling the same work over and over again is not a hallmark of progress but of stagnation.  You’ve now abandoned “art.”  There should be a completely different rating mark, and a completely different genre category for those kinds of works (“F” for Flippant, or “H” for Hack), and they should be isolated away from serious efforts of original, honest self-expression and never up for any serious award.  This would include ‘B’ grade films like The Monster Squad, as well as any pseudo-high brow works that pretentiously rip off the classics that are so often placed in the running for nomination for our most prestigious awards.   They all should be grouped in the same category, and treated little different than fan-fiction.   This is the type of work that should be considered immature “kid stuff,” actively discouraged and even stigmatized unless it is only done as practice exercises.   Of course we cant stop the capitalism machine from making the property commercially successful if the masses like it and want to spend their money on it, but that is a separate matter from an artistic intrinsic value.  Honest self expression and originality should be praised highly by the professional critic (to aid in finally justifying that job function) and in learning institutions throughout the world to cultivate a true appreciation for the arts.