Filling a Necessary Need or Making a Fundamental Problem Worse? 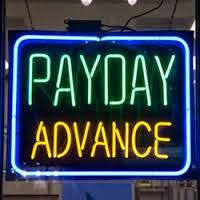 As a part of his defense of the middleman minority, Dr. Thomas Sowell points out how many people consider an aspect of what they offer to be a “necessary need” inside of lower class communities that have few alternatives:

“Where customers have been poor, credit has been extended to them at high risk and correspondingly high interest – whether charged separately or included within the price of goods.  Because middleman minorities have typically operated with thinner profit margins per item than their indigenous counterparts, they have had to be very calculating, often with little room for error, and this characteristic may be particularly resented by others who tend to follow tradition or routine, or who seldom look far ahead or exercise much self-discipline.  That is, middleman minorities may be most resented by those most dependent on them to supply the economic requirements which they themselves lack – for example, to save and supply credit for those who do not save.”  ~Thomas Sowell, Race and Culture: A World View

As an example of the typical relationship dynamic he’s talking about, Dr. Sowell quotes this source passage showcasing the Indian middleman minority in the midst of Burmese peasants:

“The main Chettyar business was to give credit to the paddy farmers.  The Burmese peasant seldom had the instincts of a capitalist.  When he harvested the paddy and sold his crop he liked to have a good time, make a contribution to the pagoda, buy clothes and jewels for his wife – and then just hang on till the next harvest.  Chettyar credit ensured that he could hang on.”

A major part of this item of course is the usury controversy, and Dr. Sowell presents it too as part of the necessary part of doing business in the middleman minority way, and implies that it’s a vital component of providing a necessary service to the economically high-risk lower classes:

“Middleman minorities around the world are often accused of ‘taking advantage’ of other people’s ‘weaknesses,’ such as customers’ buying things on credit that they cannot readily afford.  Equally widespread is the view that middleman minorities are charging ‘usurious’ or ‘unconscionable’ interest rates…”

I agree with Dr. Sowell on all other listed items on the defense of middleman minorities, from their fiscal responsibility, entrepreneurship, a strong sense of family unity, the very high insistence on high education in the next generations, their highly-admirable qualities of sacrificing the immediate to ensure success later… all of these are more than worthy of immolation.  But I completely disagree with the concept of them enriching themselves by exploiting the ignorance of the poor on matters of monetary responsibility.  The holy books of the major world religions have strong edicts against the charging of usury, all labeling the practice a sin and it wasn’t until Dr. Sowell described it in this way that I began to really see why it would be.

Being “poor” by its nature is an undesirable state, a state of not having enough, of restricted opportunity, of being on the bottom of the societal class hierarchy, of being defenseless by way of limited options in life, and an unenviable desperately survivalist lifestyle.    The missing ingredient that can elevate the poor from these conditions isn’t money, it’s knowledge.  Or more specifically, the applied knowledge that through practice develops into valuable skills.  A poor person who now has the knowledge/skills to repair complex technological equipment, will not be poor for long.  A poor person who has been trained to develop the self-discipline to live beneath his means and save a portion of his meager income until he has enough to finance the beginnings of a long-term plan, will also not be poor for long.   The lack of those very traits that enable the middleman minority to enjoy the fruits of prosperity from their knowledge of the techniques of fiscal responsibility, are why the poor are poor.  They are poor for a lack of knowledge, and their lifestyle is all they know.   They are often confused at the success of other groups, not realizing that success comes from an application of knowledge and skill in those areas, and they grow resentful  at a sense of unfairness born from the false idea that these other groups are successful because they are innately monetarily superior, as opposed to trained to be so.

So if they want to pay for something that they cannot afford, and there are no other means available to get it, they will have to save… to learn how to save… in order to acquire that item.   The practice of doing so every time they need something will develop a potent valuable skill that is a foundational tool of wealth-building.

But if an outsider provides an easy out that prevents them from having the motivation to practice the valuable skill of saving, then it will effectively keep them poor, and in fact encourage them to be poor if that easy out, such as a high interest loan, actually makes their problems worse than they were by putting them in debt.     I think it is very wrong to do this, to build your own wealth on the weaknesses of others, absolutely.  These false opportunities that the middleman minorities offer the poor are only traps that give them a temporary sense of relief but actually make their impoverishment worse.  Having very little is one thing, but having a long-term or permanent debt over you as well is something else entirely.    The bottom-line is that the middleman minority possesses the knowledge and the self-discipline to save and build up capital to increase their economic opportunities, and they charge the poor for the use of the fruits of these skills, getting in the way of the poor developing these skills themselves by necessity, and thus helping keep them in poverty.  Putting systems in poor communities that will prevent them from coming up with better solutions – solutions that history has shown will force them to come together to solve – by preying upon their lack of knowledge and the normal trait of a desperate person looking for an easy out, should absolutely be a sin.
Posted by M. Rasheed at 7:25 AM