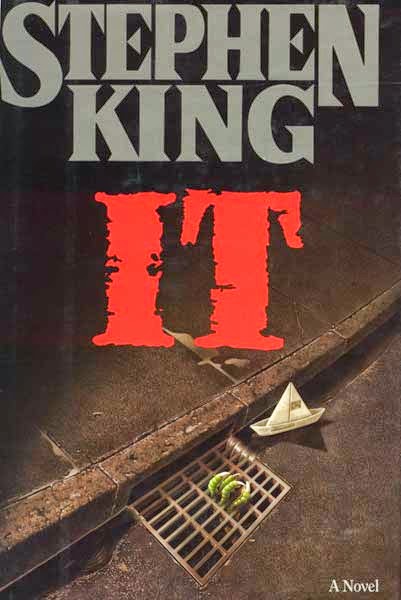 "It" was an interdimensional super-monster, probably inspired to a degree by Cthulhu and those Great Old Ones (and possibly as the "yang" to the Christian father/son "yin"). It had two forms: 1) an immortal form called "The Dead Lights" that you couldn't look at without going insane and 2) a mortal, lesser powerful form that It sent to earth to feed. This mortal form also had a "dead lights" core, but this lesser creature was a little more malleable. Instead of driving you insane if you looked at it, your mind would change it into something significantly less horrifying... like your greatest nightmare... as a weak form of self-defense. It feeds on fear, so it didn't care what you transformed it into, the end result would still be the same. You are lunch.

It preferred to feed upon the rich fear produced from the over-active imagination of children, and to bait them it would transform into a clown... and who doesn't love a clown?

This story was intensely well-built, with truly excellent character development and shear terror. This is King's true masterwork.