TED Talk on Open Source EcologyI was reading the reviews for the 2009 film The Road, directed by John Hillcoat and based on the novel by Cormac McCarthy.  Despite receiving mostly positive reviews, with a 75% rating from Rotten Tomatoes, it did very poorly at the box office barely clearing $2 million.

I can see why it didn’t do well.  It depicts events after the worst has happened, whether the worst is a nuclear weapon-induced holocaust or an impact from a super meteor is never mentioned, but the sky is perpetually grey, it grows colder and colder as time goes on and there are no animals nor food-bearing plant life.  The food available is whatever scant remains can be found of processed, packaged food left over from the civilization era.  The survivors either slowly starve searching around for this processed treasure, or slowly starve while hunting and eating other humans.  The two protagonists are a desperate man, played by Viggo Mortensen, and his young son walking their way south in hopes that it’ll be a little warmer closer to the equator.  Despite recognizing Mortensen as a sword-fighting badass from Peter Jackson’s Lord of the Rings movies, he’s none of that here.  He’s just a man, scared out of his mind, functioning in raw survival mode as he tries to find some minimum amount of security and comfort for the two while they slowly starve to death.  There are no invincible sword-wielding Denzel Washingtons, no Ken Shiro masters of the Fist of the Northstar martial arts, no young and cocky Mel Gibsons, and not even a charming old scientist with a magic ice crown to protect them.  This is the story of the end of humanity on planet earth, the final days of our species, played 100% straight.  And it absolutely sucks (the story rocks, it's the event that sucks).  It’s dreary, depressing as hell, and absolutely terrifying.  Not a lot of people can handle that material, or would want to.  Like watching the most violent parts of Gibson’s Passion of the Christ or even Braveheart, it’s not for everyone.  And in the case of The Road, where it barely made back its modest $25 million budget, obviously not a lot of people wanted to mentally deal with that subject. 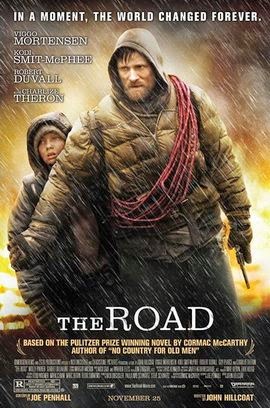 A true horror story ends on a hopeless note.  Especially the horror short story and a movie is definitely a short story.  Hollywood test subject data revealed that audiences don’t like leaving the theater with a feeling of hopelessness, so they always try to kill the monster so that mankind can live happily ever after.  Whenever a stubborn director insists on ending the horror film the way it ended in the original source material (everybody dies, or that thing is still out there) the audiences complain about the ending.  But that’s the nature of “horror.”  The Road is definitely a horror story… the biggest horror story of all, featuring the end of mankind pretty much the way we all expect it will actually end.

As I read through these negative reviews, I’m struck as usual by the apparent lack of insight, or the lack of even TRYING to understand the story by these worthless professional critics.  Some of them were upset because of the product placement.  But there’s no food left in the world EXCEPT what was packaged in this nigh-indestructible cylinder of steel.  MOST people who buy that stuff go for the brand names.  They do.  So it is completely realistic if, at the end of civilization, if I’m digging around in a beat up, dusty vending machine, and I do luck up and pull a can out of the thing, it will absolutely be a recognizable brand name on it.  Of COURSE it will.  In the context of the story, that isn’t a legitimate critique, it’s a stupid one.  Really.  If I luck up and find a bomb shelter stocked with can goods, what are the chances that those canned goods will feature popular, recognizable brands from the most successful corporations in the world?  Pretty fucking high.  Of COURSE they will.  My only gripe regarding that latter scene came from personal experience.  An old friend of mine was under the impression that canned goods really were indestructible, thinking that the processed food inside would keep forever.  In 2009 I didn’t notice that the cans he had in his pantry had been bought back in our mid-90s college days (or possibly earlier), and the expiration dates had long passed.   I enthusiastically opened a can of fruit cocktail only for a strong metallic stench to come out of it, and there was no color to the food… it had taken on the grey of the can.  So the chances of the canned food within the film’s bomb shelter still being edible were pretty low (it’s possible that the characters really wouldn’t have given a shit though).

Another critic remarked, “…the movie lacks... an underlying sense of innocence, a sense that, however far humanity has sunk, there is at least some chance of rising again."  That’s not a real critique either.  How long a time period was it in between the fall of the Roman Empire and the Rise of America?  A damn long time.  Centuries.  To suggest that your movie isn’t that good because you didn’t mention somewhere in it that “everything will be okay” means that the writer didn’t deserve a public platform, and needs to be putting caps on bottles in Brazil or somewhere, and shut the hell up.  “This fundamentally sad story makes me sad, so you should make it not so sad so I will feel better” is not a critique.  It’s fucking babbling.

Other critics said it was “Nothing, on a vast scale,” “a long, dull slog,” and “doesn't work on its own merits.”

To me the film was a terrifying gut check, and to read such comments was disappointing at best.  Like they just don’t care.  These are supposed to be the folk on the ‘liberal’ side of our society, the ones who say they are against global warming, “Go Green!” et cetera.  To be fair most of the critics DID get it, so to harp on these stupid ones and their impotent “it wasn’t as good as the book” type comments, shouldn’t bother me, but it does.  I feel the same way about it that I feel about the virtual mass media silence regarding the wonderful Open Source Ecology (OSC) movement of Marcin Jakubowski, and in fact there is a link.  I mentioned before that the mastery of all fifty of those machines by every human being on earth should be what is taught in public schools.  Another benefit to that idea is that it would prevent the horror depicted in this movie from happening.  We would all be technologically savvy enough to not only survive those bad times, but to overcome them.  The skills and knowledge needed to build these machines from scratch… I mean REALLY from scratch, i.e., blacksmithing the raw iron ore from scratch… would give us the mental agility to figure our way out of that terrible situation and live again.  I remember in the movie Phenomenon starring John Travolta (it also coincidently had Robert Duval in it just like The Road does), where Travolta’s character built upon some designs where he was able to use a certain type of commercially available light to grow plants in his house… the lamp radiated the same light plants need for photosynthesis.  So if the sun was blocked, we would still be able to grow food and be okay, we wouldn’t have to live the bleak way they were doing in this film.  We grow our great civilizations by the way we think, based on specific types of mental training (mathematics, technology, science), combined with our working together.   We’d be more likely to work together to solve the Most Terrible Problem if we know what to DO.  If we have no idea what to do then we are going to either slowly starve to death looking for stray/hidden cans of Boston baked beans, or kill and eat each other.  If we have the training, and the mental acumen that develops from that training, to problem solve on any scale, then we will work together to start civilization back up and be okay again… hopefully with some hard lessons learned.

A perfect example of this thing is the solar energy concept.  We started half-assed talking about “Going Green!” and finding alternate energy sources that free us from our dependency on petroleum, and in the meanwhile the Germans actually made it happen. 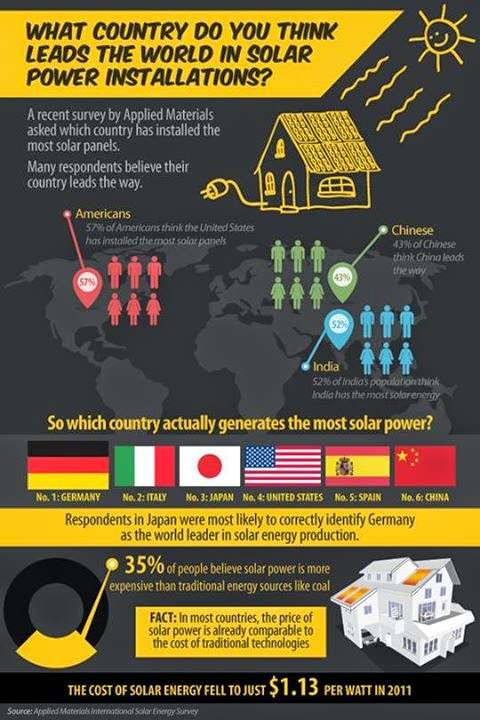 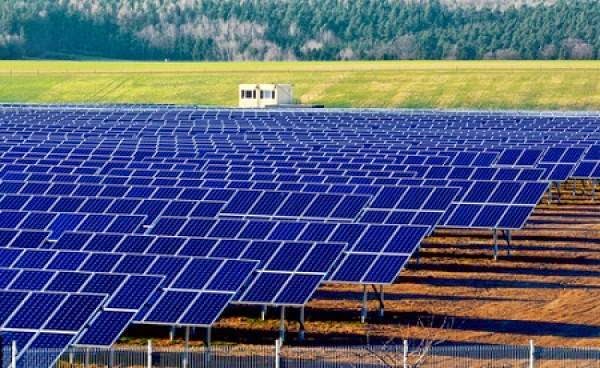 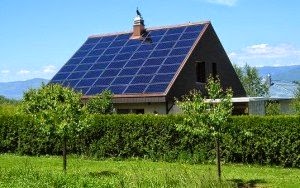 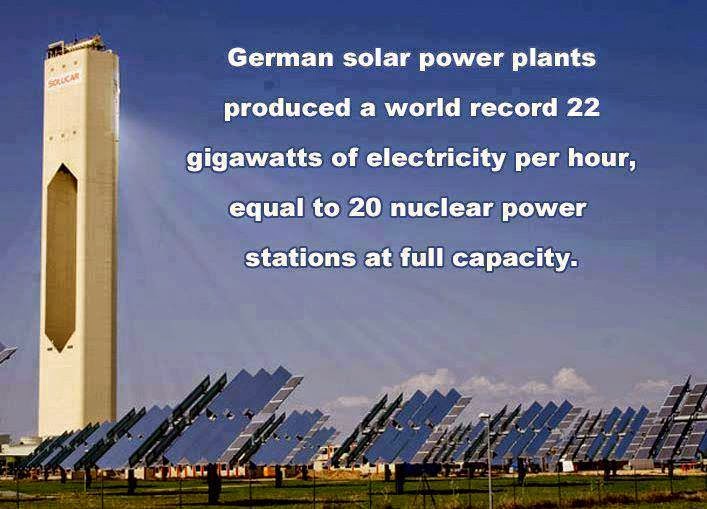 The only talking THEY did was during the problem solving stage WHILE they made it happen.  But the German people have a centuries old reputation for pushing math, tech, science in their children because they recognize that each of us has a responsibility to the entire species and they make sure that they do their part as an ethnicity.  The rest of us need to get on the ball before it’s too late.  If we don't, you know what a very real possible future may look like?  That everyone else will be dead and the Germans alone manage to survive the cataclysm.  So you know all the sci-fi future movies that don't show any brown people in them that you like to bitch about?


“I believe that true freedom, the most essential type of freedom, starts with individual ability to use natural resources to free ourselves from material constraints.” ~ Marcin Jakubowski

Return of the Fiery Phoenix!
Posted by M. Rasheed at 7:33 AM