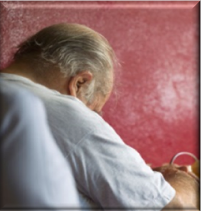 There exists this idea that only those at the very bottom experience the effects of this incredibly unjust economic disparity. But a runaway economy destroys us in a lot of different ways.

Kwamé Burñey - I wonder if the authorities ever got to the bottom of all those "accidental" banker's deaths. It was on a global scale.

Wondering Knight - I didn't know that happened. Got a link I could read?

Muhammad Rasheed - From the bottom of the article, how is inequality expanding?

Wondering Knight - @Muhammad Rasheed… So the way there are a few primary ways that wealth inequality gap can widen. The first is called stagflation. its a combination of inflation in prices and stagnation wages. This is experinced in phenomena where economic buying power does not keep pace with the real price of goods. While the aboslute amount of money we make might go up hte rate of increase of goods and services goes up faster, which is why our parents in the 50s and 60s could have with a high school education could have worked one job and supported a family and a home. A good example of this is the fight for 15. If Wages had kept pace with the rate of prices our minimum wage would be closer to 15 dollars nationally than the 8 it currently is.

This increases the income gap simply because there is a direct loss of buying power, and only those on the higher end of income distribution will continue to see no change in their buying power. This trend is set to continue.

Wondering Knight - Another primary way that the income gap continues to widen. Is that lack of circulation in income. Even though the united states has continued to see economic growth in since the economic collapse of 2008, almost none of it has made it into the hands of the American worker. We are experiencing what economists are calling a jobless growth, in other words someone is definitely getting richer- to the tune of billions of dollars a year- but that growth is being hoovered up by 1% of the population and almost none is circulating down.

Wondering Knight - Finally more alarmingly and insidiously, is that the rate of capital growth is almost constant while the rate of economic growth is set to decline. In other words the Americna economy (and in fact all 1st world economies) are slowing down owing to the ability to manufacture things in cheaper places (China, India, and eventually Africa). And when the economy is slows down the ability for those with less capital to accumulate more greatly decreases.

On the other side Capital (accumulated wealth) once it reaches suffecient size will continue to grow at a steady rate and has done so historically since the 20th century. So economic growht in a strong economy is somehting like 3% a year which is about the same as Capital. But in a slow economy economic growht is down to 1-2% or lower. It seems like a small percent but the implications are pretty staggering on a national level.

It basically boils down that the rich get richer (often by nothing other than already being rich) while the poor get poorer. And the economic forces (the invisible hand) that is supposed to balance this distribution is no where to be found.

Wondering Knight - So when you put all these forces together what you have is that the super wealthy have attained essentially escape velocity. They have so much money that it will keep getting bigger no matter how much they screw up. And the poor have little to no hope of seeing the kind of life their parents got to enjoy.

The government is no help because it is not designed to do that. In order to get elected to public office many politicians have to spend a lot of money to campaign. Billions in fact. That is not coming from people on the street, but lobbyists who have a vested interest in making sure that certain policies are passed.

Charles Chuck Lett - Muhammad is a master debater, Steven. (Think: Tuvok with a better hairline.) This will get interesting if he's bored and decides to object...though he was probably just seeking clarification of your points.

Wondering Knight - Lol the Black Romulon huh? I also get the idea that he was looking for clarification.

Muhammad Rasheed - lol I don't have anything to object to. At first I was thinking the "expanding inequality" comment was denying the civil rights advances we've made since this featured dying demographic broke the "Most Eyeholes Cut Into a Bedsheet" record.

Thanks, Wondering Knight for both clarifying, and providing more detail in the specific form of inequality the article meant.

Kamau Mkafele Mshale - I only skimmed it. but it sounds like a rich bored peoples issue. I almost don't care. In my opinion if you lived a nice life till 56 and die of drinking too much, its much better than living a shitty life and dying of the same. or being beat to death by cop, or shot by angry neighbor. or dying as cop or soldier not because its your duty, but because its the easiest way to get the money to change your life. if those people grow old happily and kill themselves with vices I don't see much cause for alarm

Wondering Knight - I don't think from the article that is what we are seeing though. They are talking about white Americans who are further down the payscale and have less education. In other words working class whites. So the money they are spending on drugs and pain killers isn't coming out of some trust fund.

And I'm not thinking its about comparing the systematic oppression of minorities with white privilege. It is to show that the system of economic domination by 1% of the population has unanticipated effects.

No one would be surprised if this number was reported about blacks or minorities, but instead it is about white people who no one was expecting this. Its like how seeing a picture of a polar bear on a piece of ice drifting out to sea really drives home the truth about global warming. The amount people who dies exceeded the amount of people to die during the aids epidemic in the united states. Thats a lot.

Specifically it is about the fact that chose suicide and drug overdose. It is like when James Baldwin and Malcom had that debate, where James says that the atrocities inflicted on Black Bodies was horrific, but that white people who were complicit received some unintentional back blow. IT looks like the system is rotting the soul, and like all plagues it starts with the ppor.

Poor and Middle class working, white people understand subconsciously that someone is going to get fucked over in the system, and were complicit when it was designated minorities, but now ti is starting to happen to them, and as they remember the history of the indignities we have suffered and know what is going to be in their and their children's future, it looks like they are choosing to check out.
Posted by M. Rasheed at 9:12 AM