CITATION
Rasheed, Muhammad. "The Numbers Guy." Cartoon. The Official Website of Cartoonist M. Rasheed 26 Jun 2021. Pen & ink w/Adobe Photoshop color.
ARTIST'S DESCRIPTION
This #MRasheedCartoons image was created as the cover to a quasi-waste of time Twitter argument I had earlier (see below) with some 4chan-ish troll pretending to want to know about Reparations out of an expressed faux-curiosity. Despite his initial insisting that he was only asking to learn, he promptly failed every single basic test of someone sincerely wanting to learn about something new from a blank slate of respectful curiosity.
*********************
Marcus ADOS - If Pan Africanism was truly what people like to pretend it is, we’d have unwavering support from the Diaspora as we try & secure our justice claim here in America. Hopefully this is my last tweet on the topic bc I’m ready to move on entirely from fantasy.
Muhammad Rasheed - Exactly. As a member of Gen-X, I was raised to be on that Pan-African stuff and it was a major cognitive dissonance to see them not only speak for us by saying "we" didn't need Reparations, but then to actively go on the attack on behalf of white racists.
Art Vandalay - I think the biggest issue non-black non-ADOS people have is no one can agree on what a fair and just amount would be to be paid to people who were never slaves themselves, paid by current day tax-payers who were never slave owners.   How do you parse such a thing to an agreement?
Muhammad Rasheed - The idea that something worked out 3 years ago at the beginning of the #ADOS movement is "the biggest issue" to someone who sits on the outside of the argument tossing rocks at us is comical.
Should I have this discussion and take you seriously, or as a troll? Choose.
Art Vandalay - Have a discussion.  I’m not making fun of anyone.  I’m in favor of some form of reparations especially the kind that addresses the confirmed loss of generational wealth to those who are confirmed ADOS.
Muhammad Rasheed - Okay, then good. I would love to have the discussion.
Please understand upfront that it's been a long three years of active arguments with political enemies & rivals who want only to keep us subjugated for continued exploitation/plunder. People say a lot of nonsense to us.
Art Vandalay - What “worked out 3 years ago”?  As in an agreement on reparations? Is that what you mean?
Muhammad Rasheed - I mean activists, economists, scholars, etc., engaged in the discussion to work on the plan of action using the data to determine what the solution to the problem is...
...as opposed to talking as if this never happened by people who only dismiss the topic from a bar.
Art Vandalay - Do you personally have an opinion what a confirmed individual ADOS should be specifically paid monetarily for reparations and over how long of a period of time?   An actual dollar amount… ??
Muhammad Rasheed - Sure. My personal opinion of the matter sits well inside of the informed facts of history and had transformed as I learned more about the topic. I did not stubbornly hold on to my previous ignorant opinions once the facts were known and processed.
American Descendants of Slavery (ADOS) - Roadmap to Reparations
Art Vandalay - Ok great thanks I will re-read the page at that link to re-familiarize myself with the specifics… Thanks
Art Vandalay - You are allowed to have an opinion on what is just and fair and an appropriate amount in direct cash payment(s) and to whom aren’t you?   I have seen the different widely varying amounts thrown around by the scholars and such.  I’m interested in what M. Rasheed thinks.
Muhammad Rasheed - I think that the root cause of the artificial impoverishment imposed upon my ethnic group is the fact that the white political identity group has refused to share wealth, land & rule with the former slave class.
Muhammad Rasheed - Whites genuinely resent that it's no longer as easy to build wealth from the old free slave labor economy, when America was "great," and do everything in their power to keep us in a position in which our wealth is siphoned off into white coffers.
This fact is why inheritance wealth has better returns for the white community, who control 90% of the national household wealth, than labor does.
Muhammad Rasheed - So for me personally, it's not a matter of a definitive dollar amount per person that clever disingenuous whites can possibly use as a hush money scam, but a robust program designed to close the racial wealth gap.
That robust Reparatory Justice program needs to have multiple components -- which includes massive cash infusions into ADOS households, of course -- as well as wealth management training and an educational program for Americans in general to massage the national consciousness.
Muhammad Rasheed - In fact, it wouldn't be much different from the 'whites only' homesteading acts and the New Deal that lifted the poor whites out of poverty in the lest two centuries. They came up with all kinds of creative programs to gird them with an economic floor. 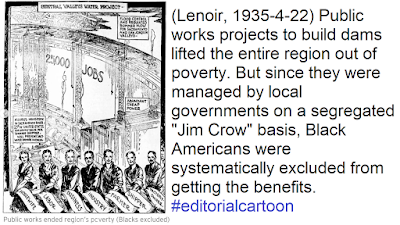