The Hate That Racism Produced 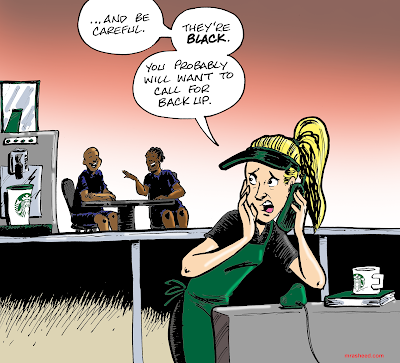 jojo - i just want to know WHAT black people did so wrong for every race to hate us. what have we done?? we didn’t mass colonize, enslave, or anything like that. so what’s the answer?

maxine - This is the most infuriating part of anti-Blackness. We didn’t even do anything lmao

Muhammad Rasheed - The 'hate' is a mask designed to artificially justify why it's okay to subjugate, exploit and plunder you for centuries to build and maintain a racist aristocracy.

Will Keen - Don't forget. One of THEM had a beard! Definitely trouble!

David Lawrence - Just thank god they didn't reach for a cellphone. That can get you killed.


Juliana Korsborn - This situation was so fucked up.😡😠😡😠😡

Gary Byfield - Turns out it was a dude that called the cops. I initially thought it was a Becky that did the deed also.

Ashanti Ghania - Thanks for the research. I couldn't find it. Dude is a panty waist for not approaching them with a simple question as any goof host would.

Muhammad Rasheed - GOOF HOST: "Do you blackies want to get arrested? Y/N?"

Kelly Bechtle-Woods - Doesn't matter if it was Becky or Brad. You don't call the cops when someone asks to use the restroom while they wait for a client to arrive. (It's rude to order for yourself before your guest arrives, and FUCKING HORRIBLE if a restaurant demands it!) Anyway, ahem, unless they have an irrational fear of nicely dressed professional men, whoever made the call is giant Capital R Racist, whether they admit it or not. Starbucks need to take the hit for hiring someone with such uncontrolled "unconscious biases"....

Kelly Bechtle-Woods - ALSO, the police are acting like they did nothing wrong, and since they didn't shoot anyone, I hesitantly agree. Except, of course, for the handcuffs part. Like, normally these civil disputes are handled civilly, where the two parties are separated and give their accounts, and then the cops tell the wrong party to stfu and everyone goes about their business. But handcuffs, even while a white dude witness is explaining to the cops how monumentally they are fucking shit up right now!

Kelly Bechtle-Woods - I've seen too many videos like this. It hurts so much. :'(

Kelly Bechtle-Woods - Pretty sure I said that. Don't make me the enemy.

Muhammad Rasheed - I wasn't. I just had a burning itch to get right to the point when I read that part.

Kelly Bechtle-Woods - K, just not sure why you gotta school me when we're on the same side. My point was that even though no one got shot, the police still handled this dispute ABNORMALLY, likely because of our pal Racism. :'(

Muhammad Rasheed - lol I wasn't trying to school you. I just typed towards the part that stood out to me most in your multi-post essay.

Kelly Bechtle-Woods - Multi-post essay?! Am I talking too much about this issue which I feel passionate about? Stop tying to "win" against me. We agree that this is awful, right? Geezus.... Fucking facebook.

Muhammad Rasheed - Calm down, please. I said I wasn't making you the enemy or trying to school you. Stop getting amped up over my posts.

Muhammad Rasheed - ...you're the one that called the police on those two guys. 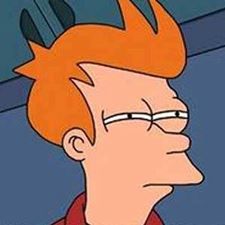 Muhammad Rasheed - Why are you so defensive, "Kelly?"

Kelly Bechtle-Woods - There is a time and place for trolling, but this thread is not it. Gfuckyerself.

Muhammad Rasheed - Are you MORE upset as a white woman over the incident that terrorized two Black guys than I am as a Black guy?

Muhammad Rasheed - The historic relationship between our two demographics makes me the one in danger, remember?

Perhaps you should calm down?

I'm a Black male. It's my "normal" to be terrorized and attacked by your group. So I am capable of bringing levity to a terrible situation, especially since statistically speaking this is my terrible situation.

Yet we find you getting all extra ramped up like you're about to call the mods on me because "He's making me uncomfortable, officer!" lol

Muhammad Rasheed - Are you really portraying yourself as the most emotionally distraught person in this thread over this #StarbucksWhileBlack incident?

I don't know about FB, but over in #BlackTwitter they refer to this phenomenon as "Becky centering herself in our tragedies" or something similar.

Tell me, are your insults an effort to call out for someone to save you from me?

Kelly Bechtle-Woods - Fucking hell. If you kindly look back at my "essay," I haven't said or done anything you accuse me of. Seriously, READ IT. But you've obviously identified me as a woman, so you should know how problematic it is to order me to *calm down* while you unfairly berate me for nothing. Please stop, or I will rip your head off like a preying mantis. Cheers!

Kelly Bechtle-Woods - And honestly, I'll continue being an stupid white girl ally, regardless of you calling me Becky or not.

Muhammad Rasheed - Should I interpret "rip your head off" as "falsely accuse you of rape?"

Kelly, kindly read back over the thread and please note I was joking through most of the exchange, spent the early part telling you I wasn't making you out to be the enemy or trying to "school you" (ebonics...?), and yet you kept responding by getting more defensive w/profane insult attachments.

So now we're in an actual argument. I guess this is what you really wanted, yes? Are you angry that the bicycle cops didn't shoot those guys?

Muhammad Rasheed - Actually, I'm not angry or anything, but I am learning a lot.  :D

Muhammad Rasheed - Hey, is your proud proclamation of being a "white girl ally" another effort at centering yourself into this thing? Do you get a tax write off or something for it with every mention? Y/N?

Kelly Bechtle-Woods - See? There you go, dude. You're just a fucking troll. I should've stopped at the first Gfuckyerself.

Muhammad Rasheed - ...and yet, here you go. Curious.

Is centering yourself into race issues a fetish for you?

Muhammad Rasheed - ummm... I am NOT single. Even if I were, white people centering themselves into race issues is a turn off and actually frightens me.

Kelly Bechtle-Woods - It was a joke, like you said most of your posts were.... I'm not even going to bother trying to answer your attacks anymore. Honestly, I'm not sure what you think you've achieved here either. You instigated a stupid slap fight to screenshot for twitter, and you got one. Good for you. Meanwhile, cops are still racist. But that was never your point anyway.

Kelly Bechtle-Woods - The only way I'm going to "center myself into race issues" is by saying that I think this sucks:

A Black, Hasidic Jew Says He Almost Got Shot By Police — For Buying Conditioner

Kelly Bechtle-Woods and this sucks:

Kelly Bechtle-Woods - I think it sucks.

Muhammad Rasheed - 1.) You don't think the "Lololol" gave the comment away as a joke? Did you really think I thought you were being serious after you led with "Lolololol?" That's a major communication glitch between us, I think.

2.) Don't try to answer my "insults" because you give the impression that you would be terrible at it, threat to "rip my head off/falsely accuse me of rape" or not.

3.) I didn't expect you to answer the "Normally, Black people are shot" line, since I just really intended it as a off comment. Your defensive position that grew increasingly with each post surprised me, and then amused me. Then I wanted to 'slap fight' for comedy purposes.

4.) My point was to tickle you once you revealed your tender underbelly. *shrug* Thanks. You've given me more reference material for my political cartoons.

Muhammad Rasheed - You centered yourself in the race issue by taking over the thread and performing as if you were the most invested and the most emotionally distraught over the #StarbucksWhileBlack incident.

Kelly Bechtle-Woods - And here, I thought you were just a hilarious troll, so I friended you. Gfuckyerself for the THIRD AND FINAL TIME!!!! (Also I'm accusing you of rape.)

Muhammad Rasheed - i was actively trying to white guilt you out of doing that >:(

Kelly Bechtle-Woods - It's OK. I live in New Zealand.The cops are only racist to Maori here.

Muhammad Rasheed - [carefully writes in journal] "White guilt doesn't actually seem to work as a manipulation strategy to keep 'them' from doing traditionally racist dirty shit. Or maybe I'm just bad at it...?"

Muhammad Rasheed - [carefully writes in journal] "Will test on a few different subjects for scientific accuracy. Must go. Cops are here over this most recent false rape accusation."

Kelly Bechtle-Woods - Welp. OK. Getting back on track, whoever called the police was racist, but also, those cops, who proclaim they did nothing wrong, shouldn't have arrested those guys. The fact that they did is also super racist and needs to be addressed.

Muhammad Rasheed - They "shouldn't have arrested those guys" based on what exactly?
Posted by M. Rasheed at 10:49 PM