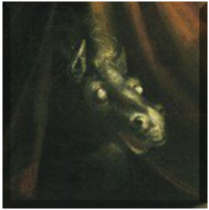 Ron Wiseman - Who will you supposedly support in the 2020 US presidential election? Do you know?

This might blow your mind. I really am hoping that the Democratic party will regain my affiliation—I left the party (#DemExit) over Hillary Clinton cheating Bernie Sanders out of the nomination. If Bernie runs, of course I’ll support him, I wouldn’t care if he’s 100 years old. Otherwise...

I’d like to support Congresswoman Tulsi Gabbard (D-HI) for the Democratic nomination.

Muhammad Rasheed - To be fair, Hillary didn’t “cheat” Sanders. He was an outsider that tried to usurp their party for his own agenda (the same way Ron Paul tried to usurp the GOP back in 2008) and they fought back. They had a right to defend against a hostile takeover.

Ron Wiseman - They cheated. Loud and proud. That’s why they’re being sued.

I agree that the DNC could have denied Sanders the nomination—it was their right to do that. But they gave him permission to run as a Democrat and they told us all it would be a fair and evenhanded process. Based on that, we donated hundreds of millions of dollars to the Sanders campaign.

The DNC rigged the system while taking our money. That’s fraud by every legal definition.

Muhammad Rasheed - Ron, you wasted 159 words just to admit what I said was true: Sanders did NOT consider himself a Democrat. He was a manipulative outsider who attempted — like Ron Paul before him — to usurp the party for his own agenda. Nice try using the actual proudly self-proclaimed Democrat Leahy as a flashy deception tool to wave around in my face though, and all while charging others of cheating. You must be of Russian stock, wot? ;)
Posted by M. Rasheed at 3:43 PM