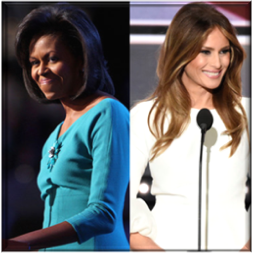 Trump plagiarized Obama's speech. Does it matter? Because honestly, she wasn't directing it towards y'all anyway. This was certainly the first time THEY heard that speech with both ears and full attention. The goal was to get them suitably hyped up to vote in their guy. You already know they are prepared to cheat, clown, spit upon, rob, crush, and kill to do it. So and? Obviously they don't care, because you've proven TWICE that you have the raw numbers to vote in your choice. That's what they fear.  I don't care about them.

I'm more interested in what YOU are going to do.

Bakkah Rasheed-Shabazz - Lead, follow, or get the hell out the way. Imitation is the most sincere form of what?

Stephen Wilkinson - Imitation is the most sincere form of .. COPYRIGHT INFRINGEMENT / PLAGIARISM

Stephen Wilkinson - Not only that look to ALL the local races

^ Those are all critical too, perhaps even more so, as bullshit created at that level becomes LAW which then rapidly becomes LEGAL PRECEDENT which is thereafter very hard to challenge.

The FIRST THING FOR YOU TO DO is to find your local supervisor of elections, for your state and your voting district.. AND VERIFY YOU CAN STILL VOTE

( One, you have not been 'purged from the voting list', incorrectly tagged as a felon and thus unable to vote, your signature on file is missing (meaning your absentee ballot will be wasted) your address is wrong ( meaning no polling booth for you! )

Alice Jackson - They just use the same speech writer ..

Muhammad Rasheed - "Oops," eh? Why would this be an "oops?" In the article that you linked to, it says point blank that Gov. Patrick specifically advised Sen. Obama to use his same 2006 technique to defend against a certain type of critique. When Obama's then Democratic rival Clinton noticed the similarity, she made an inaccurate accusation that was quite far off the mark... little different than the pettiness we just witnessed between her and Sanders. This status item is clearly an altogether different kettle of fish. Trump completely lifted Michelle Obama's speech nearly word-for-word and passed it off as her own, while all of the FLOTUS' fans STILL have that moving, historic speech memorized from back in '08. lol

The "oops" implies that it was an equal-to-equal plagiarism item with what Trump's camp just did, which actually reading your article proves is not true at all. Will you be supplying more of these intellectual dishonesty GOP "gotchas" on my wall, with their poorly thought out analysis for my enjoyment, Tim? Because I'm RIVETED.

Timothy Janson - So what do we have this morning to vent our faux righteous indignation over? Were Trumps daughters too blond? Too pretty? I mean not sure about your side but most white female Liberals are not very attractive. Did Trumps sons have too much styling gel in their slick-backed hair? Lol

Muhammad Rasheed - Okay, so once again we find that you've played yourself by not scrutinizing your own article. To be fair, the very partisan author also demonstrated intellectual dishonesty in not only his attempt to downplay Trump's clear blatant theft, but also in the very poor way he tried to equal the two passages from Obama and Alinsky.

So what do we have? In the Alinsky quote, the controversial political activist is expressing a clear disdain for made up, progressive ideals. Obama's speech however expresses the lines firmly within the classic liberal concepts of remaking the Republic according to the very "wished-for fantasies" that both Alinsky and the GOP can't stand at all.

Obviousy the First Lady didn't plagiarize anything from Alinsky, using the snippets from his book as only decorative framing for ideas Alinsky's full quote didn't express.

Try harder, Tim, if you can. En garde. 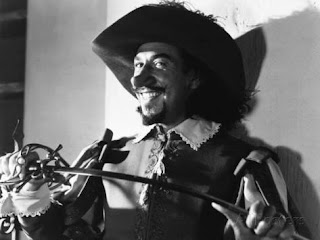 Timothy Janson - I don't scrutinize...I merely mock and laugh at insincerity and hypocrisy.

Muhammad Rasheed - Go ahead and form your counter that proves mine wrong, please. You are not talking to your buds in the GOP here; it'll take more than simply posting a heavily biased, and very, very wrong article to convince me there is hypocrisy where there is clearly none to be found. I suggest you use a strong argument instead of elephantine magic.

Timothy Janson - You do realize that speeches are written by speech writers don't you? Its more juvenile deflection. Meanwhile you look the other way with the woman who lied to the FBI.

Muhammad Rasheed - lol So if you're going to use the speech writers as your scapegoat, at least enlighten me as to exactly what "oops" was supposed to mean in context?

The bottomline is that the entire Trump Train is okay with what's-her-name's appropriation. It just adds another coin into the pot of what I already knew about you folk. Pollak's creepy article trying to launder the deed into a twisted form of legitimacy showed the affair from a slightly different angle that gave me a little more insight into how you all think.

Now I'm waiting to engage you in combat so I can learn a bit more. Will your counter-argument be long in coming then? C'mon.

Muhammad Rasheed - The FBI themselves are the ones who performed the investigation, and it was THEY who in the end decided to "look the other way." I merely accepted their findings, just as I accepted the Eric Holder team's findings that there was no admissible evidence available to throw that murderous asshole under a Missouri prison. You, I'm sure, were elated at the report. So are you going to pick and choose which Obama Fed findings make you mad with indignation?

What measure do you use to make that determination?

Timothy Janson - No no no...it was more like i don't want my family to disappear so I will not file charges against Don Clinton.

Muhammad Rasheed - "Clinton is a gangster" is the extent of your counter-argument? Really? Can you at least back that up with an objective source?

Timothy Janson - Btw where if Detroit are you from?

Muhammad Rasheed - What do you mean? I'm from the good part.

Muhammad Rasheed - Once upon a time I would've pursued a thoroughly disarmed opponent just to be cruel. I no longer take pleasure in that. Today I find myself dueling with my left hand while on my continuing search for the ultimate foe.

Stephen Wilkinson - Declare your allegiance for Trump and let us do battle sir!

Muhammad Rasheed - Why do I have to play the white chess piece side???

Stephen Wilkinson - Well, its just with you, Trumpet would have the "Trifecta", the almost "Holy Grail of Sanitizing Politics" - A black muslim American guy who would make everything he has said thus far to be legitimate.

Muhammad Rasheed - Actually, I'm not 100% sure, but I believe a recent foe really is a Black Muslim Trump Supporter.

M. Rasheed wrote: "The Qur'an is both a Book and a Recitation of the verses aloud. I cannot imagine an argument from a disbeliever that would be so profound as to also be hinged upon the nuance between the two. I am eager to see your point."

( that delightful moment when you have a wood chipper and you see the feet disappearing :D )

Jerry Lee Brice - The speech writer owned up to how it went down, so they admitted it at the end of the day, after spending a day trying to rationalize it... I just don't understand why it appears that admitting to a mistake is like administering a forced enema to the GOP and Trumps flunkies???I mean,lying and all of that ridiculousness, just made them look guilty,and small.  Why lie about little stuff like this?Before the writer explained what happened, I had already figured out that that was possibly the case, they are not that stupid and callous to steal their oppisitions speech, but I have no doubt they respect their opposition-that's admirable and wise-but lying about is, and having the entire GOP lie about it all day-is weird?  There was nothing to gain in doing that.

Muhammad Rasheed - The point was to rally the team together in solidarity, and they were never ones to allow a little thing like pesky ole integrity to get in the way of that. "White House or BUST!"

Jerry Lee Brice - In a national election, don't they have to convince a large portion of the opposition they are not devils?

Muhammad Rasheed - I believe they are counting on a lackadaisical Democratic voter... luke warm over Clinton... to enable them to win by not coming out to vote in the numbers they need to. This is a very real danger for the Demos, and one that has enabled a revitalized GOP to win again & again.

Basically, the only way the Democrats CAN lose, is if they just don't come out to vote. The GOP is aware of this weakness, and thus don't care what they have to do to get their OWN people suitably hyped up.

Jerry Lee Brice - I live on the border here close to TJ, and the voter registration here is over the top.I told folks, Trump knows there are plenty of bigots, white and black in the Democratic party that will ultimately vote for hate, and that is his best avenue to success....but if the latinos come out like the black folks came out for Obama..then it's a wrap.
Posted by M. Rasheed at 12:38 PM