Notes on the Timothy Treadwell Incident


CITATION
Rasheed, Muhammad. "Notes on the Timothy Treadwell Incident." Cartoon. The Official Website of Cartoonist M. Rasheed 09 Jan 2021. Pen & ink w/Adobe Photoshop color.
ARTIST'S DESCRIPTION
This #MRasheedCartoons image was inspired by a Twitter discussion around my analysis of the obsessed Timothy Treadwell documentarian. One of the ADOS guys proclaimed that Winnie the Pooh was the only bear he wanted to encounter, so that's the gag right there. lol
**************************
Muhammad Rasheed - 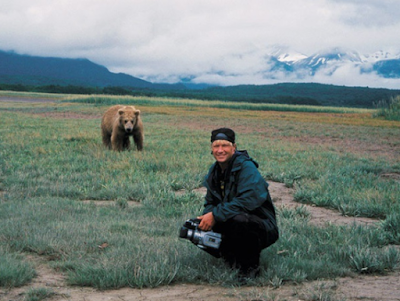 Muhammad Rasheed - RE: the Timothy Treadwell incident
This was a “suicide by bear” situation. Treadwell’s over-emotional rants were those of a worshipful pagan who had decided to sacrifice his life to his favorite animal. He considered it the ideal end to his existence to “give back” to the bears.
Listening to his screams as he was eaten alive makes me wonder if he changed his mind at all at some point, but I doubt it.
(his girlfriend prolly changed HER mind though)
C.EkongJr - You can tell that bear was there to kill something, not eat, but to kill.
Muhammad Rasheed - The photo I used to illustrate my intro Tweet wasn't the death date.
C.EkongJr - But it was the same bear doe right?
Muhammad Rasheed - No way. They were in active "bear country" and surrounded by hundreds of them. There were two bears that killed those two knuckleheads, one smaller than the other.
You should watch the doc.
tim snipes -  O_O   #whitepeopleshit
bloop - U can't b playing with killers like that.
Muhammad Rasheed - He totally wasn't playing. It was a pagan sacrifice.
bloop - How can u be so bored with life that u just say f**k it tiger, bear, alligator, rhino, etc.. come n eat me like 3 piece with sides n biscuit from Popeye's. Smh hope Valhalla worth that pain.
Muhammad Rasheed - Pretty sure they win valhalla from being nobly slain during glorious combat on the battle field, not by lying in the missionary position presenting his throbbing twat to the beast-of-the-wild.
bloop - Well Zeus better hit their line n tell them ur doing it all wrong bruh u gets no points for that type of death.
Muhammad Rasheed - I think woden/odin is in charge of valhalla. You pulled the top dog of the greek pantheon over for your bit.
That's a cross-domain violation of pagan geekdom.
bloop - hahahahahahahahaha
bloop - Odin, zeus, runes, gnomes, leprechauns, walkers, vampires, zombies they all need to tell they ppl not to let themselves b eaten by wild animals. Ain't nuthin noble abt being turned feces n farts in the colon of a black bear, wolf or lion
Muhammad Rasheed - hahahahaha
Leland Creecy - Perfect analysis of this dudes antics.
Muhammad Rasheed - He heard all of the warnings about why he shouldn't stay longer than the recommended time and he deliberately ignored them. He ignored all the red flags and warning signs that he knew full well. He wanted them to eat him.
GIRLFRIEND: "Honey, I guess..."
[trying to hype herself up to go out like a 'G' with her man]
Leland Creecy - That’s called loving aomeone TOO much... Ain’t love wonderful?
Muhammad Rasheed - Getting eaten by a monster, crotch first, while you scream and watch?
You can keep THAT love...
@DreamBi35064054 [bot] - Bears don't eat humans.
Muhammad Rasheed - It doesn't happen that often, but when they go in they go in. Bears aren't repulsed by human flesh the way sharks and some other predators are.
Bears hold you down... and just start eating. Usually crotch first. Treadwell and his girl were almost completely consumed by two of them.
Leland Creecy - Does that fact still qualify him for a Darwin Award? lol
Muhammad Rasheed - lol I'm subscribed to one of the Abrahamic faiths and have a bias against paganism, so I may have to recuse myself from answering that.
Leland Creecy - No answer required my bro!
Muhammad Rasheed - hahahaha
MercedesBoy - I remember this.
They said it was too horrible to even listen to.
I on want nothing like that in my memory.
No thanks.
Muhammad Rasheed - I went ahead and listened to it. It was intense.
Mr_A_Nobody - On what platform?
Muhammad Rasheed - On YouTube. It SEEMS like they actually intended to video record their deaths, but he got snagged before they were ready and his girlfriend freaked out when she tried to set up the camera, then ran to help him before she was finished. Only the audio was on.
Mr_A_Nobody - WOW! Welp, I asked for it.
MercedesBoy - Look.
When they said how it was on NatGeo or wherever I watched this, I knew to stay away.
R.I.P. is all they was getting from me.
I wuddnt about to go look for that.
Muhammad Rasheed - But I wanted the *FULL* 3D experience...
Muhammad Rasheed - Then I went down the rabbit hole and now I know all about bear killin's. The watered-down NatGeo narrative alone wasn't enough. You might still be likely to go out and pet one because you didn't treat yourself to the super-size version. smh
MercedesBoy - Never.
Ever.
Muhammad Rasheed - But you MIGHT.
Better to be extra safe and download that crazy horrifying shit into your psyche. For science.
Muhammad Rasheed - See, this is how people behave if they DON'T listen to the Treadwell audio...
MercedesBoy -
Muhammad Rasheed - hahahahahaha
Mr_A_Nobody - @MercedesBoy... I certainly don't blame you. See-no-evil monkey
But occasionally observe macabre stories.
My older cousin used to let me watch "Faces of Death" (#iykyk) with him when I was just a tween.
I ain't been right since.
MercedesBoy - Zackly.
Faces of Death was 90s infamy.
I ain't wan no parts.
Muhammad Rasheed - WORTHLESS TRIVIA: Faces of Death was mostly fake starting with the sequel. "Traces of Death" was the one that picked up that ball where FoD dropped and would REALLY blow your hair back.
Mr_A_Nobody - TBH I'm low-key mad that I spent all these years not knowing that. hahaha
Muhammad Rasheed - lol I was all in.
Plus I went through my "shock/gore/horror" phase in my art in those days. Today I'm pretty much completely desensitized.
The producers of Faces of Death weren't expecting the instant super-popularity, so in their scramble to quickly produce a sequel to take advantage of the high demand, they decided to cheat with made up nonsense content.
MercedesBoy - My last experience w gore art was in 5th grade.
Ninja battles w 100s of soldiers.
Crayola blood & guts everywhere.
Muhammad Rasheed - that's not the same.
MercedesBoy -
MercedesBoy - Only Bear I'm effin w. 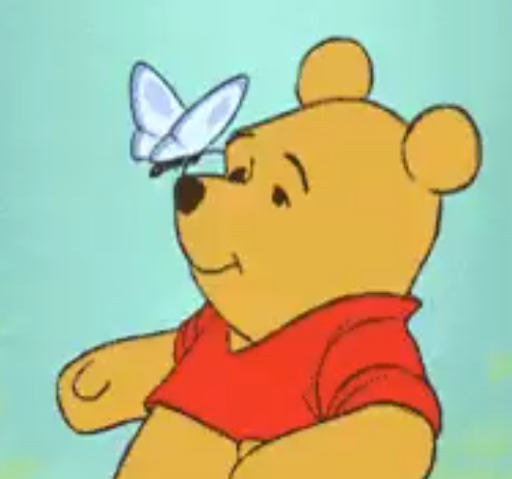