Decoding a Low, but Frequent Signal in the Noise

M. Rasheed on BitChute!
*****************************
Jason Pearson - Why I will never like Will Smith aka the Fresh Sucka Punch Princess.
Grammys February 1989. All the selections were for albums that came out in 1988. Mind you, there were a ton of great albums in Hip Hop, or as those corporates, called it back then- Rap music.
But there was one album that absolutely demolished the perception of Hip Hop as a momentary 80’s flash in the pan fad and reconstructed the sound as the next era of American music history! Public Enemy: It Takes A Nation Of Millions To Hold Us Back.
And guess what this G.O.A.T. album lost to…

Muhammad Rasheed - 1.) Why would the establishment that P.E. was speaking their Truth to choose their album over the friendly, non-threatening crossover work of Will and Jazz? In what universe would that happen?
2.) Why would the establishment choosing Will's album over Public Enemy's album be a cause to hate Will? He created his art from what he knew just as P.E. did; he didn't do anything wrong.
Jason Pearson - Ain’t no hate for Will Smith. Hate is personal as if he had punched a family member or a beloved friend.
As I said, in the above posts, I just never liked the corny ass punk.
My opinion, being a teenager and watching the Grammys in ‘89, was that “Bring The Noise” by PE destroyed all competition. Especially that corporate appropriate song “Parents Just Don’t Understand”.
Fuck the Fresh Sucker Punch Princess.
Just my opinion.
Muhammad Rasheed - I think that Public Enemy's album objectively destroyed their competition artistically, but the mainstream establishment had already moved in on that genre to usurp it and make sure no more P.E.'s made it to the forefront. Public Enemy's music represented exactly what our people needed as the ferocious drumbeat behind a long overdue overhaul of our politics. The Grammy committee's choices represented what the mainstream felt about such things, which shouldn't have been surprising to anyone.
Will Smith wasn't the bad guy of the story. 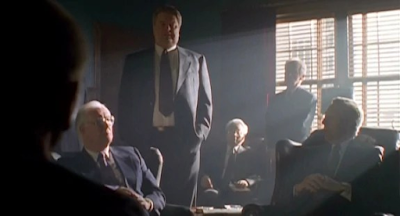 Jason Pearson - Agreed. Okay, I’ll agree with ya on that. All love to any brothers and sisters getting ahead with that good money.
BUT- For me, this moment with CRock was a character test. Will Smith sucker punching a fellow brother proved that he is and always will be an overrated bitch.
Jason Pearson - I mean— Look! If you said something to my woman that made her sad. I’d step to you and say WTF, Muthafucka?! You wanna dance, Negro?!!
I’d give you a chance to retract your statement, at least, before we stepped on THAT dance floor. I wouldn’t just jump off and sucker punch you.
Point is- Is that Will Smith’s reaction to Chris Rock and the countless times he cheated on Jada Pinkett proves why I never liked him.
I just have a sense for “good people”. Will Smith ain’t good people. Does that make sense?
Muhammad Rasheed - I understand you, Jason.
From my standpoint, there are two points that standout from the #OscarsSlap incident that are worth me highlighting as an artivist:
1.) The symbol of a Black American husband defending his Black American wife is all-important to me in this political sphere and says VOLUMES consciously & subconsciously. Just like the mainstream versus Public Enemy item mentioned above, I would expect the mainstream in all of its guises to publicly condemn the incident just for that part alone. So to me, literally everything else about the incident takes a backseat. We need MORE! symbols of Black American Family Unity, not less. At this point, I'll take it however way I can get it. lol
2.) It was the Smith family who initiated the #OscarsSoWhite protest from a few years ago, and Chris set himself up as the Academy's champion in opposition to what the Smith's felt was a worthy cause, with jokes a blazin'. The three already had a history and it's clear that simply telling a superstar headliner comedian to knock it off isn't enough... especially when that same comedian has publicly stated that "his tribe" isn't Black people, but his fellow comedians. Rock doesn't give af, and needs a more potent message to get his attention. We can't deny that he seems pretty shook from the incident even now.