Notes While Observing - The GOP's International War on Black America 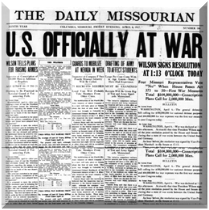 Now that we know that the entire Koch Bros-funded Republican Party is a damn Russian spy cell (I know they want us to think that it's just the new POTUS's baggage, but they are always full of crap when they spew that 'lone wolf' nonsense), it's worth noting that we seem to be in active war with the USA's old Cold War era rival, as Rachel Maddow reports.  The following points stand out to me in a clearly related chain: 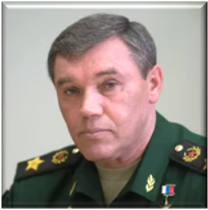 2.) In 2014, the Russian military published their Military Thought: A Russian Journal of Military Theory and Strategy, in which they said that if information warfare is going to work it "must be conducted constantly, in peacetime, in the period of threats... and in wartime." 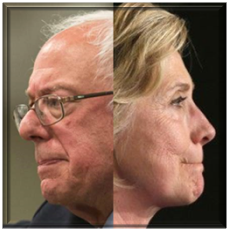 3.) In Apr-May 2016, the investigations into the Trump-Russian collusion confirmed that Russia took advantage of the split between the Clinton and Sanders' campaigns and bombarded social media with automated bot posts designed to increase the enmity between the two voter groups. Massive automated bot trolling posts also continued smearing the Clinton campaign after Clinton's confirmation, distracting from real conversations.  This is important as it helps define the exact nature of the Trumpster's guilt as an impeachable offense, but I don't think it is as serious as the media wants us to believe as far as the link to 2016 voter fraud.  In the end, the consolidated polling numbers that predicted a Hillary win WELL ahead of the significantly less popular candidate Trump were extremely accurate.  Despite the width of the Russian interference widened gap between the Clinton and Sanders' camps, Trump won on 08 Nov because of the cold-hearted effectiveness of the GOP's InterState CrossCheck voter suppression machine that literally targeted and threw away millions of minority/Democrat ballots.  The Bernie-bot attacks during the Democrat Primaries were just practice for the Russian agents and their Macedonian/Albanian hacker goons and weren't actually serious interference in the presidential election, since the numbers show that Hillary would have won anyway if not for the voter suppression. 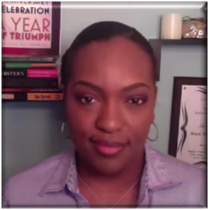 4.) Lanee Javet, the CEO and founder of culsire.com, mentioned in a Boyce Watkin's interview that several Facebook pages of hers, all only designed to promote Black businesses, were flagged for being "racist" even though the pages were 100% positive in tone, and she was 'Blocked.'

5.) Pro-Black Internet personality vee smith mentioned that she had to switch to the coded speak of her sister Cynthia G as they both had been 'flagged' for the use of certain words uttered and/or written in their YouTube channel descriptions.

Make no mistake that the correct analysis pulled from these points is that the Black community is under attack by pro-GOP 'cyber warriors, both foreign and domestic.  As the Russian Military Thought book said, in order to perform the information war properly, the attack has to be 24/7 continuous no matter whether the nations are at peace or not.  Maddow began her report by pointing out what it looked like when those hackers were testing their weaponry ("Robot J. McCarthy"), but just like during those infamous Syphilis Experiments and other evil human testing inflicted by our dedicated enemy onto us, they were absolutely testing their cyber weapons on Blacks, too.  Obviously Lanee, vee and Cynthia were being flagged by automated bots whenever they used certain words, and this was causing the social media platforms to 'Block' them, without admin necessarily being aware it was actually going on.

Now Black people, here's the opportunity to use all of your new-found coding powers in active combat for your own security.  Through the numerous programs like YesWeCode and BlackGirlsCode that have tens of thousands (at least) of Blacks leveling up in tech mastery, please use this to mimic the excellence of the Black Warriors before you -- as showcased in the Hidden Figures and Red Tails films -- and show the enemy that you will NOT allow them to continue to disenfranchise your communities for their sick wealth/power hoarding games.  Please use your skills to defend yourselves, because no one else is going to help.
Posted by M. Rasheed at 4:36 PM