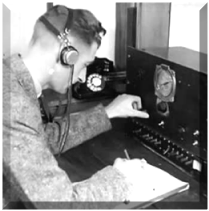 Nori Lamphere - [VIDEO] Immigrants! Don't Vote for What You Fled

Laura Mary - it is a lesson for liberals too...as they escape states
with burdensome taxes and regulations that they voted in...

Andy Cain - They are ruining Virginia and working on NC.

Familia Jiménez - There is a Spanish version that I posted here a few
weeks back. I suggest anyone and everyone with Hispanic
friends/acquaintances to share with them.

+ - People from Latin-Americas grow up being
indoctrinated by the left. So they get convinced the left is not wrong,
is just the CANDIDATE who is wrong, not the ideas. They keep voting for
anyone who tells them he's honest not realizing that the system
attracts the already corrupt or corrupt those who are not.

Doug Gray - Reminds me of the exodus from California to Nevada and
Arizona in the 90s. Both states are now more liberal than ever and
quickly becoming California 2.0.

Muhammad Rasheed - The GOP is actively creating a One-Party Rule empire
using their Social Policy Network (SPN) and the ALEC mega-conglomerate
policy creating system. This involves a 'socialism for the rich'
scheme. Judging from the way the Trumpster is filling his Cabinet
seats, I don't think they necessarily want a "bigger" gov, but they
certainly want a more controlling, intrusive one into the lives of the
working class and the poor.

Nori Lamphere - So . . . because you don't like Trump you haven't read
his executive order requiring a reduction in regulation nor his
executive order requesting an audit to determine which agencies and
programs can be pared back to reduce the size of gov't in an attempt to
get gov't only doing what the constitution says it should do.
You don't like Trump so you're second guessing his cabinet choices,
people who know how to husband money and work efficiently and negotiate
to get things done . . . aka NOT politicians who say one thing and do
another. You're judging his chosen cabinet because they have money
earned by rising to the top of their field which they managed based on
their work ethic and talent.

Your sentiment is not the brightest thing I've heard today, but if it
works for you, run with it. Hopefully your ignorance will cushion you
from the shock of reality.

Muhammad Rasheed - You're very insulting, Nori. I notice that instead
of being direct and just asking me to prove the points I brought up,
you danced around the points, created straw man effigies, and attacked
my intellect. Is this how you were taught how to debate back in school?
Or did they not have debate classes available, only HTML code?

Muhammad Rasheed - 1) When the wealthy say they want a "smaller
government" it means they want you to stop trying to keep their
companies from polluting the air, water, earth and poisoning the people
in the surrounding areas of their toxic run-offs. It means they want
you to turn the other way instead of putting protections in place that
keep predatory financial entities from taking advantage of the poor's
desperation & low money IQ. It means they want the gov to help them
form monopolies and cartels that benefit them alone, instead of using
gov power to protect the free open markets from economy destroying
mega-corporate partnerships.

In other words, it never means anything good for the USA when the
wealthy regurgitate that "smaller gov" talking point. It's just code
for "Shut up and give me more money, peasant!!"

2) The Trumpster's cabinet choices all have histories of undermining
all of our American values to stuff their personal wealth coffers at
the poorer average citizen's expense. Your admiration for these slimy
people is telling, Nori. Like their POTUS, none of them are at the "top
of their fields" but are spolied selfish heirs to legacy fortunes, and
collude together in order to protect their clique lifestyle. BetsyDevos,
for example, is not only the double-heiress to the AmWay and
Prince Corp. fortunes, but she also has a history of working with known
criminal embezzlers to try and force the working class tax payer to
foot the bill for her network of private schools for wealthy brats.

BTW all of the Trumpster's Cabinet choices are members of the Koch Bro
funded SPN mentioned earlier -- the diobolical partnership of political
& corporate interests -- and every single one of them, and all of their
friends are absolutely well-practiced in "say one thing and do
another."

Nori Lamphere - @Muhammad Rasheed... *sigh* You've been listening to
the liberal media again. Picture me, the teacher, whacking you on the
hand with my ruler.

Nori Lamphere - @Muhammad Rasheed... *sigh* Yup, I can tell you didn't
read the executive orders. I even told you they were out there! *sigh*

Muhammad Rasheed - I would rather picture you responding with a well-
thought out counter-argument using logic, reason & wit. Watching you
dance around the points and toss weak potshots that only tickle
Trumpamania funnybones is tiresome.

Are you going to fight, or dance?

Muhammad Rasheed - You "told me" a lot of stuff that was
inconsequential to anything. Now I'm telling you to level up and show
off your intellect.

Nori Lamphere - I'm going to ignore you, little man. When someone uses
illogic in an attempt to prove logic, ignore is always the best option. 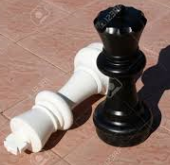 Muhammad Rasheed - If you had a counter-argument you would have
provided it.

Muhammad Rasheed - Perhaps one of these 43 that 'Liked' your link will
take up my challenge since you are so woefully out of your league, eh?

How about it, folks? IS THERE ANYONE ELSE?!?

Graz Czerwinski - you are delusional . Te opposite is true

Muhammad Rasheed - "True" is based on facts, which can be supported by
evidence.

Since you are so convinced that "Ze opposite is true, Comrade" then
surely you can post up some links that definitively prove your point?

Steven Campbell - What evidence am I to disprove? I see no evidence, just conjecture. What "facts"? The Trumpster's cabinet choices all have histories of undermining all of our American values to stuff their personal wealth coffers at the poorer average citizen's expense. Your admiration for these slimy people is telling, Nori. Like their POTUS,...See More These are not Facts, just what you think. Why do you know what American Values are? How did they take your money? Mine? Slimy people, Fact? no, opinion, there are no facts sir, none.

Muhammad Rasheed - @Stephen... Then don't tell me that my evidence is unfounded, show me by revealing the proof that backs your position.

Show me if you're able.

Muhammad Rasheed - Why do you assume that I used incomplete information to form my argument points?

Steven Campbell - Because there is no proof, just your opinion on an opinion. ok, we get it, you don't like Trump or his crew. Fine, go work and get someone else elected. I suggest you work first on Congress or maybe even your locals...Then base your vote on policy, what you believe in and then what your fav. believes in, if they match, go for that one. Meanwhile, if you think that your opinions are fact, then I can't refute that.

Muhammad Rasheed - Why do you believe there is no proof that all of Trump's cabinet picks have histories of undermining our american values?

Why are you so sure that there is no proof of this? Seriously, that info is still bubbling at the top of the national conversation. So why do you keep saying that?

Muhammad Rasheed - Wait... is this part of you all's "alternate facts" rhetoric speak?

Steven Campbell - There are no facts, so mine cannot be alternate facts, I have presented no facts to dispute your non-facts, there is no point in disputing something built in the belief and mind of the presenter. Fact: Trump is President. The Electoral College voted him President. Discussion over. You can wish, hope, conjecture, believe, or whatever but you can't dispute my fact.

Muhammad Rasheed - It's a fact that the GOP used voter suppression tactics to fraudulently throw away millions of minority/Democrat ballots and they cheated, which of course undermines our American values. This isn't a "non-fact/alternate fact,' it is verifiably true. So your desire to hurry past the "Trump is president/Electoral College voted him President... Discussion OVER!" part smacks of deliberate deception and intellectual dishonesty.

It's also a fact that Devos is in cahoots with a documented criminal embezzler to force her dream of getting tax payers to fund her private school network/empire dream.

How do you counter the voter suppression fact and the Trumpster's Education Cabinet pick is a slimeball fact? Will you again hollowly duck the challenge by cowardly proclaiming that these are just 'non-facts/alternate facts' that are only in my head or whatever, or will you present evidence that actually proves them wrong?

Nori Lamphere - @Steven Campbell... Truly, you expected an informed adult response? You're wasting your time. He's baiting to see if he can get to the limit for cutoff of comments. His comments are not backed by any intellect at all, just inflamed liberal rhetoric.

Muhammad Rasheed - I've actually challenged him to prove two of the facts I've listed -- the two that he said I didn't have mind you -- were false. Yet here I find both you and him pretending that you don't see anything at all.

Muhammad Rasheed - Hey, is this weirdly selective "alternative-fact sight" phenomenon related to the "I'm colorblind! I don't see race at all!" rhetoric speak, too? Asking for a friend.

Steven Campbell - @Muhammad Rasheed... Not how it works, if you present what you call a fact then you must prove that fact, I don't have the obligation to prove or disprove something which has not been show to be true. Show me the documentation, the proof and then we will have something to go on other than you telling me that it is fact.

Steven Campbell - @Nori Lamphere... I know, I was bored and decided to refute his arguments, what a waste of time but hey, it's 5 in the morning and what else can an insomniac do but argue with the deranged.

Steven Campbell - No, Mohammad, left wing hit pieces are not proof, nor do they need my comment. I've wasted enough time for one day with you.

Muhammad Rasheed - lol You know, somehow I had a feeling you were going to perform more of your colossal lack of integrity and double-down on that "I don't see nuthin'!" stance. What do you think? Am I psychic?

You may have your thread back, Nori.

[Steven Campbell has now either deleted all of his comments, or blocked me from viewing them]
Posted by M. Rasheed at 2:48 AM