When You Bring a Logical Fallacy to a Gun Fight 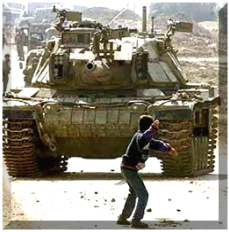 America’s Looming War with Iran: What You’re Not Being Told


Prime Minister Binyamin Netanyahu’s grandiose U.N. speech in 2015 claiming Iran was moments away from making nuclear weapons was contradicted by his own intelligence agencies, who stated Iran was “not performing the activity necessary to produce nuclear weapons.”

Still, regime change in Iran and Syria has always been the ultimate goal of Israel, even in the face of this intelligence. In 2013, Israel’s ambassador to the U.S., Michael Oren, told the Jerusalem Post:

According to the Post, Oren said this was the case even if the other “bad guys” were affiliated to al-Qaeda.

What does this mean? Exactly what it says: Israel prefers al-Qaeda – the group allegedly responsible for 9/11 – to the current governments of Iran and Syria.

Iran’s support for the designated terror group Hezbollah has all but been confirmed, but bear in mind that Hezbollah is one of the ground forces currently battling ISIS – the terror group that Trump singled out as his highest priority.

Even so, the United States Congress is currently debating a bill that would “authorize the use of the United States Armed Forces to achieve the goal of preventing Iran from obtaining nuclear weapons.” Congress might actually pass a law that will directly allow the U.S. military to strike Iran, even before there is any evidence that they pose a threat.

In a further attempt to provoke Iran, Trump’s travel ban list includes Iran, a country whose citizens have never once attacked the United States. The list excludes Saudi Arabia, the country that produced almost all of the 9/11 hijackers. Even Forbes admitted that since 1975, no Americans have been killed in terrorist attacks in the U.S. by citizens of the countries included in the ban.
To top things off, at the end of January, the U.K. and the U.S. will take part in operation “Unified Trident,” a joint exercise in the Persian Gulf that will simulate a military confrontation with Iran.

Before taking office, Trump stated he would dismantle the nuclear agreement with Tehran. Trump’s vow to wholeheartedly support Israel raises the possibility of granting Israel the confidence to attack Iran without any prior approval, thereby forcing the U.S. to come to Israel’s aid once the fight escalates. 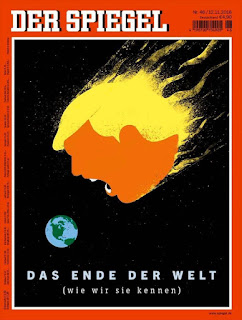 Muhammad Rasheed - That was Cold War I.

Muhammad Rasheed - Why do you say it makes no sense?

Stephen Wilkinson - The premise in the preview is bullshit.  The article itself is bullshit, makes claims outright and in passing that are not factual, and the site is a bullshit, FAKE NEWS SITE.

Jesus fucking christ man ... "Antimedia" does ANYTHING not SCREAM "fake news" to you?

Muhammad Rasheed - My problem with your post is that it conflicts with that fact that every main point the article makes is linked to a "pro media" legit source, on items we've already been tracking for years. None of this stuff is new, we're just dot-connecting for analysis. Your casual dismissal based on the web address without even checking that brings your own credibility in question, and based on a classic genetic fallacy at that. Lazy.

I appreciate your role of professional skeptic, but you have to try harder. Your annual performance review is coming up shortly anyway.

The link to legitimate sites true, but do so making claims that are either not supported at ALL by the site(s) they link to, are taken out of context or are irrelevant.

By doing so, they add an indicator of authenticity to their work which is not deserved.

Conspiracy based fake news has long been created for the consumption of the gullible right wing, now they are crafting it for the likes of you as well 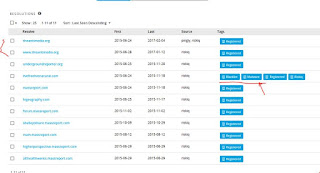 Muhammad Rasheed - Are you trying to bluff me? Can you tell, based on your own report sheet, that the website in question is NOT aligning with the "blacklist/malware" tags? The chink in your armor, Amigo, is a pride-ego problem. Let it go. Genetic fallacies do not win arguments. Go away.

You lost points on your annual appraisal btw. 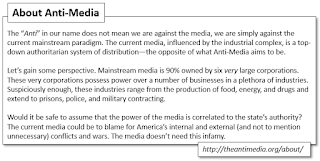 Stephen Wilkinson - they are hosted by the same dedicated server and all route through the same name server. Sorry if I did not make it clear.

The sites are designed to be shared by the gullible and, when enough critical mass is reached, used to launch and distribute malware among other things

Keep trying grasshopper, but your critical skills are not up to snuff

Muhammad Rasheed - What does routing through the same server have to do with content of the different sites that use that server?

You're not REALLY trying to make the argument that all like kinds only use the same server types, are you?  >:(

Muhammad Rasheed - You cannot win an argument with the genetic fallacy. It's a logical fallacy for a reason, sport.

Dig into the site, and prove your claims using the content itself if you want your annual appraisal report to NOT have a D- on it.

Lets start off with the web development / hosting knowledge you obviously dont have and which clearly has you at a disadvantage in participating.

On a shared server account, GoDaddy, 1and1 etc, you generally have THOUSANDS of sites hosted on the same server, each getting a little slice of memory and cpu and are totally out of your control.

On a DEDICATED server, you have a machine (or VMS) DEDICATED for your use, and you have ROOT access to configure the server,and run any apps or sites you want.

Many times ( and I discussed this with you last year) you may determine who runs an otherwise secret site by finding the other sites running on the dedicated server and looking for information disclosure on THOSE sites.

In any event, after our free school lesson, the finding is that "antimedia.org" is but one of several bullshit sites configured on the same primary dedicated server, designed to create articles that trigger sympathetic emotions in gullible idiots thus promoting social media sharing

Muhammad Rasheed - lol I'm pointing out the formal term of the fallacy you are actually performing. I'm not going back and forth with you over a genetic fallacy, Stephen. According to your own chart, antimedia is NOT a blacklist/malware site. So stop it. You lost that argument the second you showed me that graphic.

Get into the site, and make your argument for why the political tensions currently on the table will NOT lead to war on Iran and thus another World War.

not how war works, not at all.

the article has all the bait needed to hook YOU it seems  :):)

Muhammad Rasheed - "Not how war works" doesn't compute. Russia and China are protecting Iran, and Israel WANTS to attack them. If they pull another "Six-Day War" type of sneak attack on Iran, Trump will definitely help them, and we will defacto be at war with Russia and China at that point who will come to defend.

What about that scenario makes it "wacko" and "out of left field?" Trump's or Israel's behavior/history thus far? You're not making a lick of sense right now.

Stephen Wilkinson - ^ your article is not proof of a #*@#@ hypothetical

Muhammad Rasheed – How would you know?  You're not even trying right now because you're too busy trying to prop up your nonsense genetic fallacy.

Go away, Steve-O. You get an "F." You officially suck at debate.