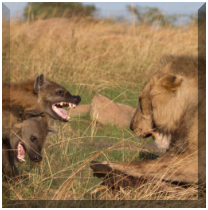 afrokai - Again I ask can white people be reformed. Do white people even know what reformed versions of themselves look like?

Jeanne Z Gervais ‏- I think so, tho I myself am white, so may be biased. I do think everyone needs to stop catering to our collective fragility.

Dr. Inyourfeels - Yes, but no matter how "woke" or reformed we white folk are/become the one constant: we will fail & let you down

Muhammad Rasheed ‏- Considering they're doing the same shit they did in 1870?

They enjoy living in La-La Land. So no.

Muhammad Rasheed ‏- The fury they conjured over the Black POTUS' 2-terms, was the same as the fury kindled over the 8-10 yrs of Reconstruction.

Muhammad Rasheed ‏- There were always good, altruistic, well-meaning, helpful Whites working alongside of Blacks within the last 500 yrs.  They aided us in the Underground Railroad, donated generous sums to Booker T. Washington's efforts, helped the former slaves learn to read, marched with Dr. King, etc., but the presence of that tiny minority didn't keep the worst from happening at all.

Muhammad Rasheed ‏- So it is foolish to believe that the presence of "good White folk" in the midst of the White Supremacist Machine is some kind of proof that the group can be reformed. It just means that among every group there is an outsider fringe.

afrokai - which is why I ask what a reformed white person would look like.

albert e. wallace - a single reformed person can occur, but as a whole? no. not a chance.

Muhammad Rasheed ‏- At most the 'reform" will look like a cowardly death bed confession.

afrokai - What do white people believe that their change away from the identity of whiteness will entail?

Muhammad Rasheed - They believe it will entail the karmic payback of power reversal that they fear more than ANYTHING.

Black. Queer. God. - Can cishet Black men who are homophobes be reformed? Transphobes? Misogynists? I've seen us rally around them.

Black. Queer. God. ‏- That is why I answered the original question with "I think so." If someone can be reformed from one ism, then....

afrokai - THANK YOU! I'm trying to balance my own priviliges (cis het black man) against whiteness

afrokai - I've learned (and am still learning) what those identities mean and how they are used to harm others.

Muhammad Rasheed - Do Black men receive the socio-economically empowering equivalent of 'Whiteness' for holding onto homophobia? Do they get to maintain a secular all-powerful rule in which they alone benefit from supporting homophobia?

Muhammad Rasheed - If a Black man reforms from homophobia, does he have a deep fear that his 500 yr empire will be taken from him?

Black. Queer. God. - See, just as I suspected, some #RaceFirst bullshit. Deliberately twisting and turning. NOTE: When he talks about white ppl, he mentions white privilege, but when he mentions Blk cishet ppl, he does NOT mention cishet privilege. Niggas get on that Kellyanne tip when it comes to this convo. Hunty, I'm still watching your hands even though your feet are tapdancing.

Muhammad Rasheed - It's just a question. My opinion on the issue is flexible, and not chiseled in granite like my belief in God. I'm 100% not trying to pick a fight with you; I'm genuinely interested in your insight on the topic.

Muhammad Rasheed - Have a good night.

afrokai - um, yeah. We straights have been holding onto hetero normativity FOREVER!


Muhammad Rasheed - I have zero fear that if I support gay rights, that I will be socio-economically excluded from society by homosexuals. Holding onto a mentality because of empty tradition is different than deliberately holding people back to maintain an empire. There's zero risk in Black males reforming from homophobia. There's 100% risk in Whites reforming from systemic racism.

Muhammad Rasheed - Whites pissed themselves when Obama was elected because they assumed it meant that Blacks were now about to fairly compete with them and have the opportunity to reverse the power block in our direction. They feared the idea of revenge.

No Black male has the equivalent fear of the concept of a gay POTUS. Why would he?

afrokai - please don't derail the conversation like this? Black. Queer. God. is pointing out a nuance that matters right now

Muhammad Rasheed ‏- I'm not trying to derail it, just following the thread she's fleshing out. I think my questions are connecting both.

afrokai - @Black. Queer. God... that was...horribly predictable. Sorry for wasted your time on him.

Black. Queer. God. - I'm now going to change my answer and say that no, none of the above can be reformed. So we should permanently cancel anyone for ANY ism.

Muhammad Rasheed - I disagree. Black males can be reformed from homophobia because there is nothing tethering them to it stronger than empty traditions. The number one tool Whites use to maintain their racist empire is MONOPOLY of wealth/power. Enslaving/destroying their competition is how they built their empire, so they have zero incentive to reform. Reforming for them means giving up their hoarded power, and sharing with people they fear will take revenge.

Muhammad Rasheed - Plus I was hoping to draw someone more game into the discussion since you threw a rock at me and ran.

Black. Queer. God. - You weren't asking to learn. You were asking to dismiss. So I refused to engage.

Muhammad Rasheed - I'll admit that my 'voice' may have come across harsh/dismissive because I'm usually counter-trolling anti-Islam jackasses. But I SWEAR I was 100% asking because I genuinely wanted to read your insights into my questions.

If the 'hotep pepper spray' IS your insight, then that's fine. I'll scribe that into the ledger.

Muhammad Rasheed - I admit these items freely as I recognize your complaints as societal truths. Of COURSE I hold privileges over other traditionally marginalized groups in the social hierarchy. And of COURSE it is unfair. I watch with interest as the LGBTQ community builds an effective political lobby to force policies into law that help change the socio-political landscape in their favor. Good for them. Sincerely.

Black. Queer. God. - Good night. I'm not going down this #RaceFirst road with you. Y'all say the same pathological shit.

Muhammad Rasheed - You do not agree?  The LGBTQ lobby seems stronger than any half-assed pro-Black lobby out there.

Muhammad Rasheed - See, how am I going to see your view point if you keep spraying me in the eyes with that shit? lol

Muhammad Rasheed - Just tell me. From what I see, you're building what you need from the political side. What's the problem?

The LGBTQ lobby seems stronger than any half-assed pro-Black lobby out there.

You don't care to have that discussion? If you have evidence that proves my opinion wrong then let me see. I am open. I do not consider you my enemy. I'm NOT trying to pick a fight. I just want to talk about it. I don't have these conversations, so I probably DO have a bunch of stuff floating in my head that you've already debunked.

Muhammad Rasheed - Oh, and I do admit that the racism issue doesn't negate the fact that I DO hold societal privileges over you as a heterosexual.

Muhammad Rasheed - You poo-poo the political angle, but that is a conspicuously effective tool of your group. I admire it.

It wasn't lost on me that after afrokai started a specifically racism-themed topic you derailed it towards the LGBTQ issue packet, and then got mad at me for linking your inserted topic with the racism topic we were discussing. And then you promptly made it all about you with full indignation plumage, as if I was the one that derailed it.

Muhammad Rasheed ‏- It was very clever. Masterful, in fact. There is clear political craft-tools at work here. That's not a bad thing though.

Muhammad Rasheed ‏- Today I noticed for the first time that there is a clear effort to supplant anti-racism activism from rival special interest groups. 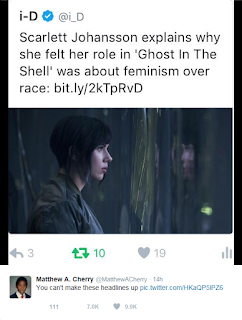 Muhammad Rasheed ‏- Am I expected to take this at face value, and attack the equally marginalized groups, tricked by the true enemy's puppetry? I'd like to think I'm a bit too 'woke' to fall for that clear okie-doke designed only to support White Supremacy. Stop.
Posted by M. Rasheed at 1:19 AM