“And to celebrate I will create a series of masterpieces showing how wrong-headed and primitive you and your ideologies are, and it is this that will pave the way to the new truth! As the artist, everyone will pay attention to me, while without a body of art to speak for you... no one will ever even remember your name!" ~Muhammad Rasheed; Monsters 101, Book Ten: "Class Dismissed"

I posted the above quote — excerpted from the last title in my Monsters 101 graphic novel series — onto my Goodreads page several years ago and promptly forgot about it. To my amusement, I discovered the quote on a website among quotes from a bunch of other cartoonists. I don't mind this in general; the problem is the context. Whereas all the other quotes are the cartoonists' actual thoughts on the topic of cartooning/art, my quote is from a villain in chapter #59: "Shades of Grey" that looks like it's my personal thought on the topic, too. #Awkward

lol It's not, but I'll admit the mix up is totally my fault. When I initially posted the quote on Goodreads (which is clearly where the cartoonist quotes site pulled it from) I had only cited the book title, not the name of the character, who wasn't himself named in the story, just the group he was a part of: The Candid Creative Collective.

The Candid Creative Collective were originally inspired by my interest in exploring the concept of an alternate morality dichotomy-axis from the traditional Abrahamic good-evil as shown with characters like Clive Barker's Cenobites.  The concept tickled the back of my mind for years until I joined it with further inspiration from Jack Vance's "green-purple" magic realms. My characters explored the idea from a "creative-noncreative" position, and I used my Monsters 101 co-protagonist Mortise "Mort" Tennon, the boy sorcerer to argue the points with the group: 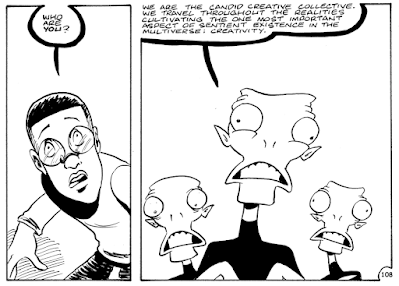 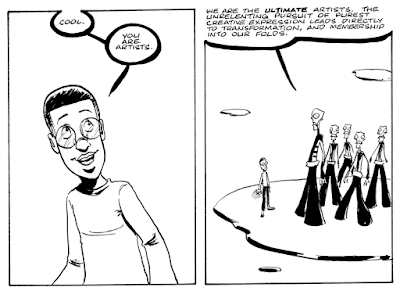 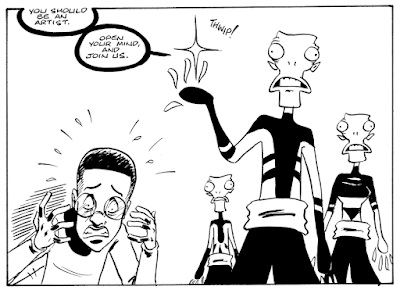 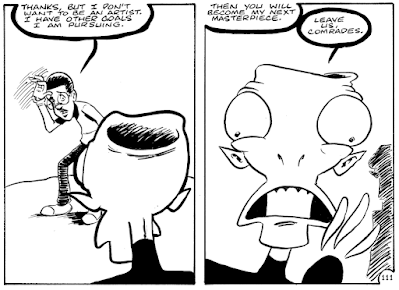 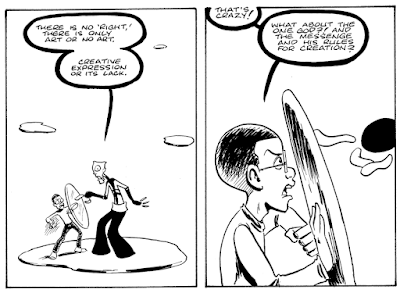 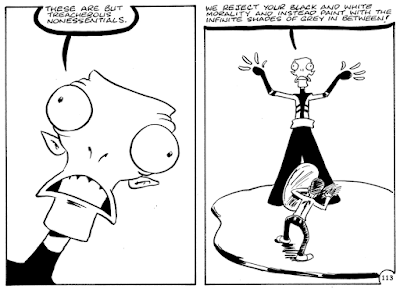 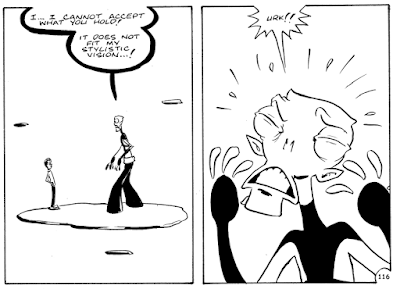 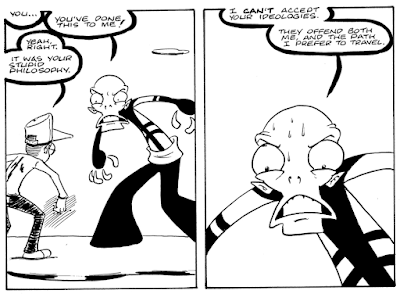 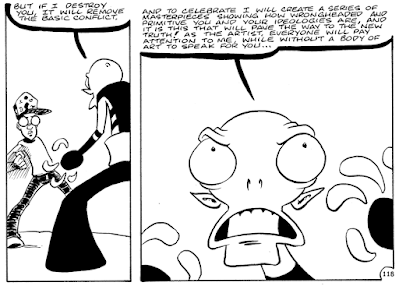 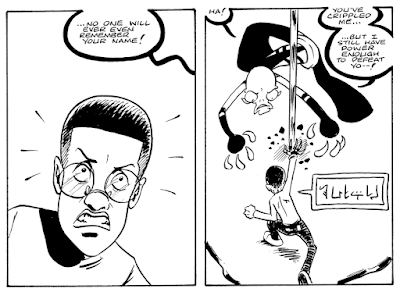 By the time I got around to making the characters, I found the real life attempts to make alternate moralities among the liberal-left ideologies and the concept now had a more fleshed out political core to anchor it to for my argument.

"... and in the segment involving the Candid Creative Collective we see Rasheed getting carefully preachy where regards overlaps of art and spirituality." ~Richard Caldwell, Lottery Party - Review of Monsters 101, Book Ten by M. Rasheed

I thought that line by Richard in his review of my story was interesting, since the ancient cave paintings of our prehistoric ancestors are depictions of the altered states of consciousness imagery they experienced while tripping on DMT substances for their shamanic rituals. In the Qur'an, the One God said it was He who taught humankind the use of the Pen, so to me, the connection between "art" and spirituality is total. In a somewhat related vein to Richard's quote, we find this quote from the legendary cartoonist behind the Peanuts gang that I completely agree with as a refutation to all the genuinely stupid "wordswordswordswords" type complaints from my ideological foes: