CITATION
Rasheed, Muhammad. "Foolkiller V: 'Don't do it, son! It ain't worth it!'." Cartoon. The Official Website of Cartoonist M. Rasheed 21 Nov 2020. Pen & ink w/Adobe Photoshop color.
Muhammad Rasheed - The original Marvel Comic's character called Foolkiller would comb through newspapers and other media looking for evidence of fools that he could hunt down and kill. The second Foolkiller that Spider-man fought around 1980-81 or so, came to the epiphany during the course of that adventure that a fool by his nature will interfere with your life and cause unnecessary hardship just while you're going through your normal day and minding your own business. You don't have to hunt them down, they will come to you. 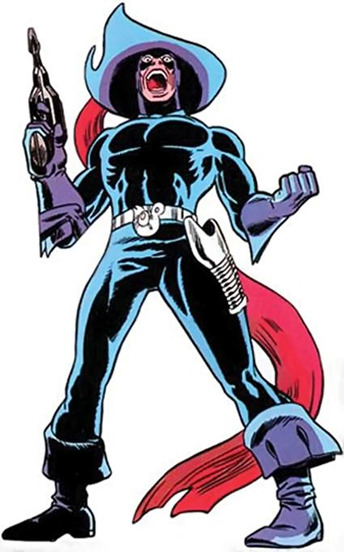 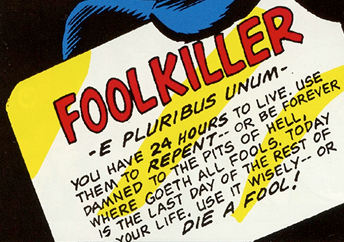 This was an example of a "mere" street level hero I've always been fond of, even though Spider-man treated him like a villain in the referenced tale, which I 100% disagreed with. "N199a, let that man work."
His gun shot powerful disintegrating beams of soundless light, that could put a man-sized hole in the asphalt with about 12 shots, enabling him to jump through before Spider-man could grab him. It's one of my TOP FIVE favorite ray guns in fiction.